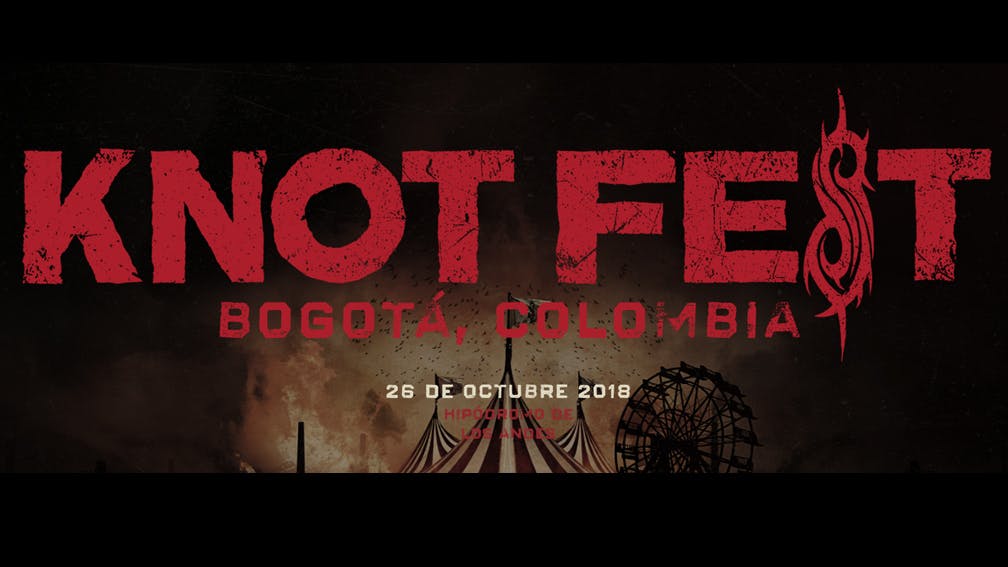 The masked titans' killer festival will be taking place for the first time ever in Bogotá on October 26, with Judas Priest, Helloween, Kreator, Arch Enemy and more on the first announcement.

Check out the video below, and see more info at knotfestcolombia.com.

In other ’Knot news, the band are currently hard at work on their new album.

Frontman Corey Taylor recently stopped by K! HQ to tell us the following:

“I have fantastic news. Some of you know, but I’ll just make it official right now: we are working on a new album. It’s only in the demo stages right now, however we have very serious, tentative plans – and I say that because the best way to make God laugh is to announce your plans out loud – to go into the studio at the beginning of next year and get this fucker going. We have 16 songs written right now, and they are fucking dangerous. I loved .5 [The Gray Chapter], but this album, to me, makes .5 look like nobody’s business. This is Iowa levels of heavy. And I have to go out and tour this shit at my age – I can feel those songs in my back! I am really, really excited about it, and I talk to the guys in Slipknot all the time. I talk to Clown either every day, or every other day. I’ve been talking to Jim, V-man, Jay, Mick, Craig, Chris, Sid. We’re all really, really, really excited about this stuff, and it’s coming together really fucking well. So be prepared for 2019 – which, weirdly, is the 20th anniversary of our first album. Shit’s about to get fucking real again! So take that as you will.”