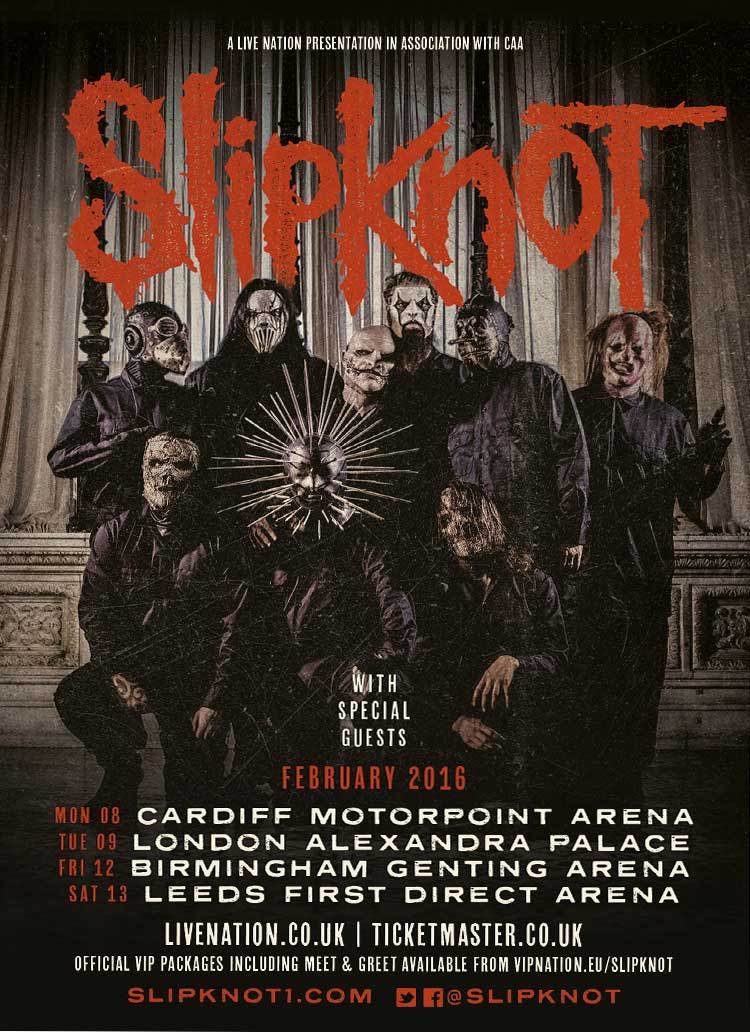 Slipknot have confirmed their support act for their UK arena tour in February 2016.

Joining the Iowans for the tour in February will be crossover legends Suicidal Tendencies. They were confirmed by Live Nation/Download Festival promoter Andy Copping today through his twitter – check it out below. After selling out London’s Alexandra Palace on February 9, the band have added an extra date at the iconic venue due to demand on February 10.

Check out the tour poster below and don’t forget to grab your tickets from the Kerrang! Ticket Store:

Pick up the new issue of Kerrang! (out now) to read our MASSIVE review of Knotfest: