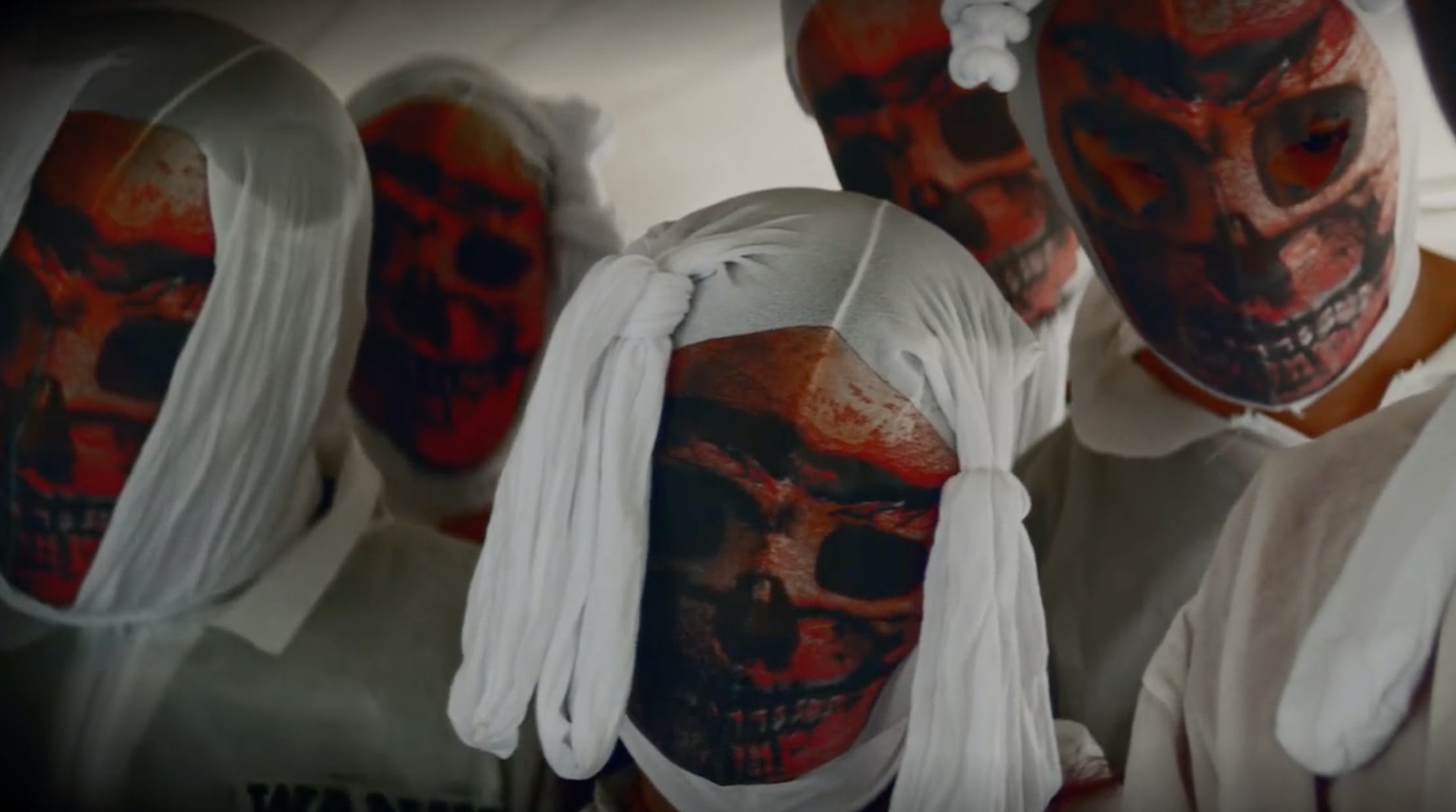 And just out of nowhere, on Halloween, a gang of masked maniacs appear, with a nasty, surprise sequel. There is blood. There is fire. There is a lot of weird, unexplained underlying violence. And there is the sound of Slipknot dropping their first new music since 2014’s .5: The Gray Chapter. Happy Halloween, indeed.

Speaking from the studio ahead of the song’s release, percussionist Shawn ‘Clown’ Crahan promised that what they were working on was ultra-aggressive, All Out Life is an incendiary backup to his fighting words. Accompanied by a video in which the band – and their new masks and suits – are nowhere to be seen, the song’s twisting riffs and Corey Taylor’s barbed vocal bellows are instead accompanied by eerie footage of hooded-up figures being carted off to prison to be sprayed in gore like something from The Human Centipede 3. Presumably this is exactly the vibe Clown, as the video’s director was going for: nasty, unsettling, enigmatic and a firm statement of violent intent.

The same goes for the song itself. There's an intensity that outstrips pretty much anything from the Iowa Nine’s last three records, with a streak of venom running through it that could have been vomited forth from Iowa. If this is a portent of things to come, it’s a very good sign. Because it means Slipknot are angry again. And we like them when they’re angry.