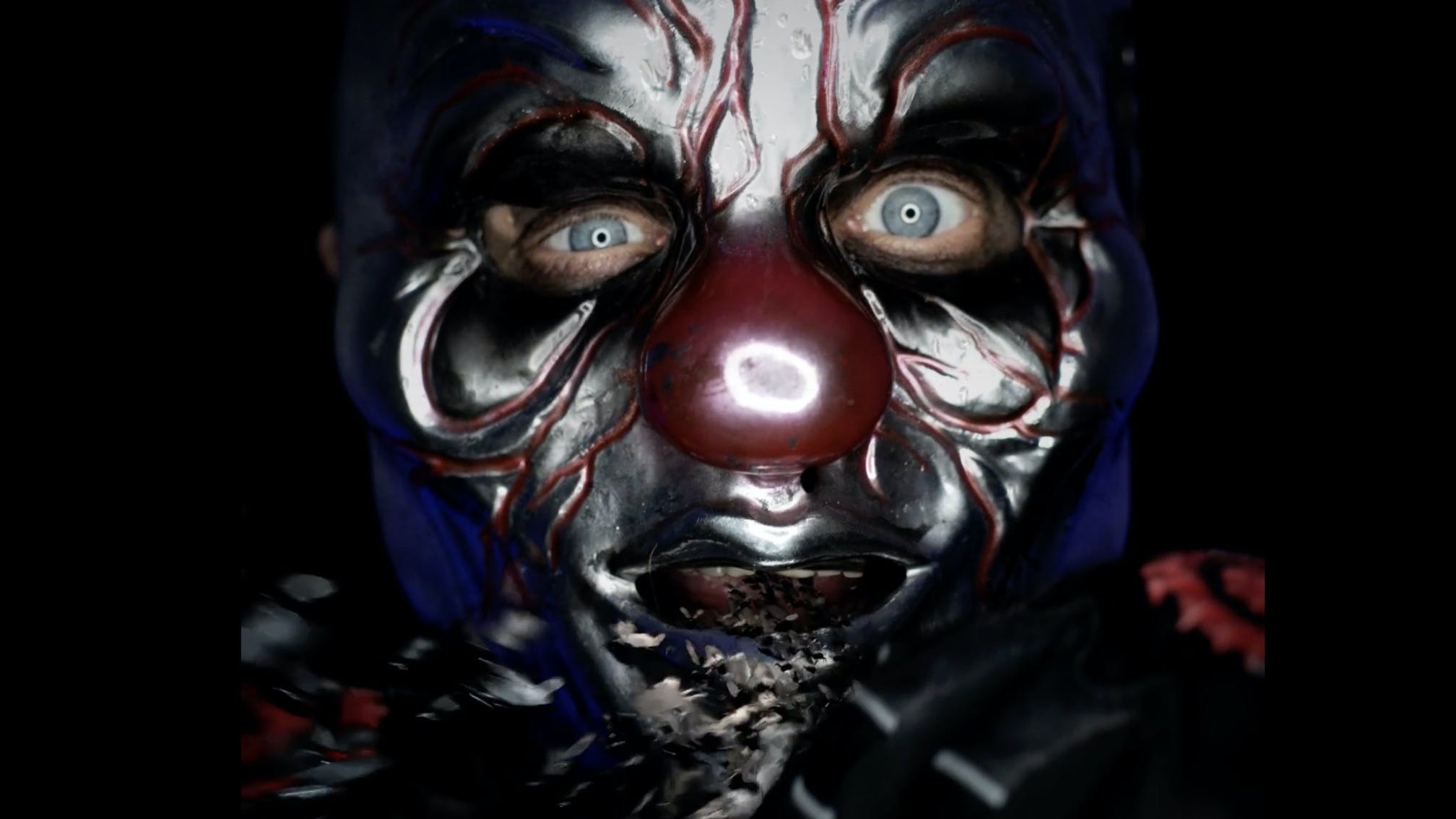 Given his creativity, it's no surprise that Slipknot's Shawn 'Clown' Crahan has just launched his very first, one-of-a-kind NFT.

The non-fungible token is up for auction now via Zora, and features Clown wearing a We Are Not Your Kind-era mask for the logo for Knotfest's Electric Theater (which is "now retired from future use"). It also includes original audio created by the musician, and a load of bugs flying out his mouth. Which is lovely.

With any luck, this will just be the start of plenty more ​’Knot activity this year. As well as a planned European tour, the band are also looking ahead to album number seven, with Corey Taylor recently revealing that they would be "expanding" on WANYK and maybe even diving into "conceptual" new waters…

"Me and Clown have talked about something really, really cool, if we can pull it off," the frontman said. "There’s a chance that it could be conceptual, if we can really do it right.

"I mean, the music is brilliant. It expands on what we did with We Are Not Your Kind – it kind of blossoms from there – but the great thing is, it’s got not only that, but it’s got everything that you would want from a Slipknot project; there’s the heavy stuff, there’s the dark stuff, there’s the melodic stuff, there’s the weird stuff. We have so many different flavours that we can play with that, now, at this point, it’s just us kind of mixing and matching and seeing what excites us.

"That’s all I can say for right now," Corey concluded. "But I can tell you that it’s really, really good, man. We’re entering a realm that we’ve never been, and that, to us, is exciting – especially after all of these years. We pride ourselves on always being able to try and top ourselves, and if we can pull this off, this may be the ultimate 'top ourselves'."