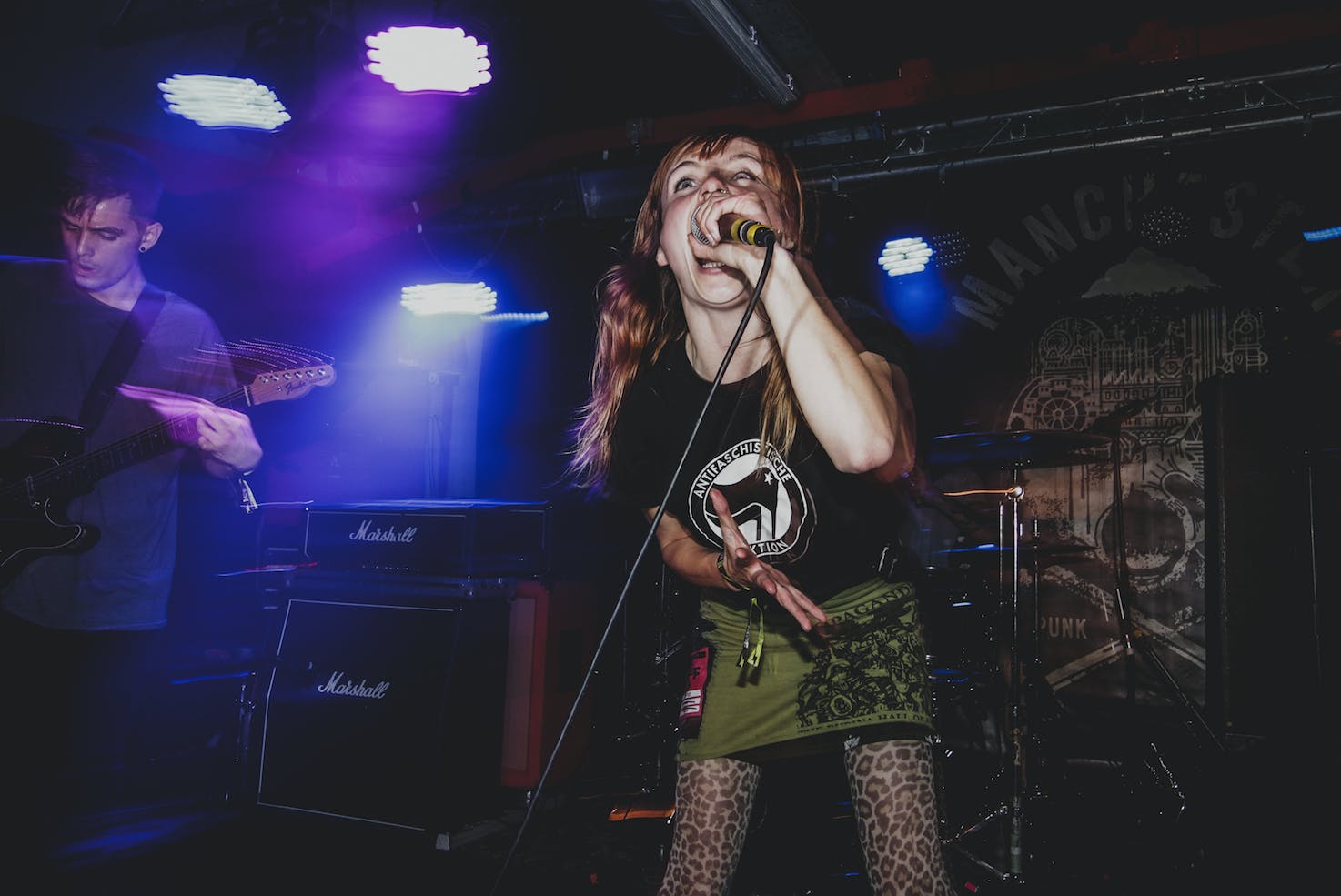 The ongoing fight for gender equality in the music industry is an arduous but an inarguably righteous one. Many festivals have been called-out in recent years over the lack of gender diversity in their line-ups. This has led to several such as Bestival and Liverpool’s Sound City, signing up to the newly-founded Keychange initiative.

Spearheaded by the PRS foundation, the initiative pledges to achieve a full 50/50 gender balance across their line-ups by 2022. Meanwhile, 'female-fronted is not a genre' is a phrase echoing throughout the industry at the moment, with talks at BIMM and insightful think-pieces appearing on music websites such as Metal Sucks and Louder Than War addressing the issue. Elsewhere, important groups such as Loud Women are inspiring social change by “putting women on stage, and turning up the volume".

So, Which Band Is Your Boyfriend In? is a documentary which explores gender in the UK’s underground and DIY music scenes. We caught up with the director, Suzy Harrison, to talk about equality, change and the importance of the film.

Hey Suzy! Tell us what inspired you to make this documentary...
"I’m a musician and I’ve been playing music since I was five - it’s a massive part of my life. All through my childhood I always wondered why I couldn’t find other girls who were as obsessed with it as me. I thought, 'Why aren’t other people interested? Is it just me?' I played in a couple of bands in uni and after uni. I was the only girl in the band and usually the only girl on the whole line-up. It didn’t bother me that much, but I just didn’t understand why.

"I also watched a film called The Other F Word which is about dads in punk. It’s got Fat Mike [from NOFX], Pennywise and all those kinds of people. It got me thinking that there are loads of women out there, but they have to stop doing what they love as soon as they start a family. It doesn’t feel fair and right that their story isn’t being told. So I thought I’d just do it myself and fit it around my job.

"There haven’t been any films about the current or recent punk or DIY scene, especially in the UK. They’re always about punk in the '70s. People talk about punk as though it’s dead, and it’s not. There are loads of people doing that kind of thing and following those same ethics. It’s annoying that nobody is paying attention to what’s happening now. One band that really inspired me along the way is Petrol Girls. Ren [Aldridge, frontwoman] has been an absolute inspiration and she’s even done some illustrations for the film."

In terms of representation, how do you think the DIY and underground punk scene compare to other music scenes?
"I think punk lends itself really well to being able to write about anything – talking about politics, or society, that’s what punk is. On the whole, it’s a really good platform. Recently there have been a few male members of bands who have been shouting these messages, but then have been found to contradict that in their own lives - it’s really bad when that happens. We have to keep talking about these issues and calling people out though. I think DIY and punk is a good place and that’s where a lot of this discussion can start. However, it’s quite hard to break out of that scene and get people beyond the scene to hear things. I want people that aren’t part of this scene to see the film, I don’t want it to be an echo chamber, I want other people to hear the message too."

What’s the reality for women in the scene?
"In the film, I try to show both sides of it. It starts with all the great things about being in a band and being part of a scene. About how people got involved, what inspires them, their role models, what they love about being in bands, what they enjoy, what keeps them going. There are some really positive things, but we also go into the negatives – the challenges, the barriers, the difficult experiences people have had. I end the film by looking at change - what’s already beginning to change, how we can make change and it ends with some inspirational messages. I wanted to show everything because a lot of the time people do talk about the bad things, the harassment and things like that. While that is a reality, it’s also risky to just focus on that because it can have a negative impact and put people off, because you’re just talking about the things that are scary. I wanted to show people that being part of music can have its challenges when you’re a woman, but it can also be really great! I hope that comes across in the film."

What do you think men can do to aid positive change in the alternative music scene?
"I think being aware of their behaviour and the language they are using. If you’re a male sound technician for example, just be aware of the language you’re using when you speak to the band if there’s a woman in it. We shouldn’t be treated any differently, everyone should be treated the same, but I think people do it by accident sometimes and don’t think about it. That’s one thing. Also, standing by people that are calling-out poor behaviour. Not thinking, ‘Oh, that’s funny!’ but actually thinking, ‘That’s really bad, I need to do something about it.'"

What can the music press do?
"Stop saying things like ‘female singer’ and ‘female this-or-that’, because it doesn’t actually matter. Stop focusing on gender. It happens with age too. You get a lot of women quoted in articles in the media and their age will be included after their name - you don’t always find that happens when men are talked about."

Do you have a message for women reading this or watching the film?
"Try to support each other. Women can be sexist towards other women too, that’s possible. So it’s about being aware of your behaviour and your actions. Encourage other people and try not to pass judgement of others, I guess. For example, there was one time when I saw a woman get onstage and I automatically thought that it must be somebody’s girlfriend. It wasn’t, she was the drummer. I was annoyed at myself for falling into that mindset! But being aware of it and trying to stop yourself from thinking in that way is important. Some of it lies within big organisations and beyond the punk scene. It’s society in general that needs to change. Sure, things can filter up, but it can also filter back down again. Some of the change we need to see is down to big record labels and commercial festivals - if they can take action to change things I think that will have a huge impact."

Absolutely. Any final thoughts for those reading this article?
"Before this, I had never made a film in my life. I did it all by myself. 90-95 percent was all me. I filmed it and edited it all myself, and I just think that that in itself goes to show that if you want to do something, you can do it! You shouldn’t be put off by other people and what they’re saying. If there is something you really want to do then just go for it!"

And be sure to watch the movie's trailer.