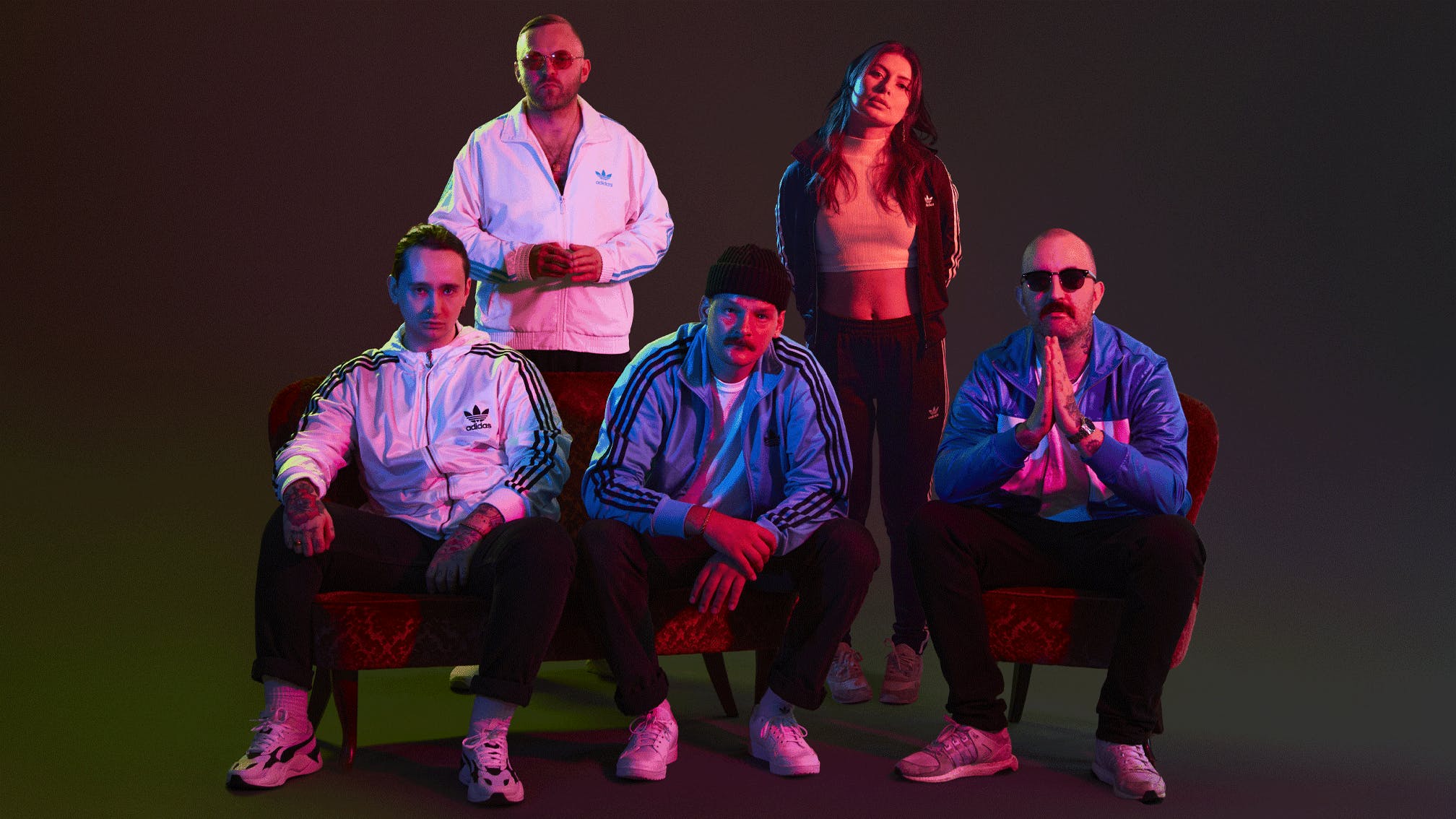 That is approximately how long Nikki Brumen reckons it took her to accept the invitation to join Blood Command as their new singer when guitarist and mastermind Yngve Andersen sent her a Facebook message out of the blue on February 28, 2020.

“As fast as it took to type, ‘Yes, absolutely,’ that’s how long it took me to respond,” Nikki says from her new home in Bergen, with a casualness that makes packing up your life to move from Australia to Norway sound as simple as nipping down the shops. “Yngve must have thought I was actually insane accepting so quickly, but I really loved the band! They encapsulated all of the sounds I wanted in Pagan.”

Pagan, the prosecco and disco-fuelled metal band Nikki fronted for seven years, had just called it quits after gruelling tours in support of 2018’s Black Wash left her bandmates disenchanted. Meanwhile on the other side of the world, Blood Command had just finished recording their third album when then-singer Karina Ljone gave notice she would be stepping away to start a family.

That album, Praise Armageddonism, is the band’s most ambitious statement to date with every element of Blood Command – fist-pumping rock, catchy pop, even sax-blowing meltdowns – pushed into the red. Karina’s exit left them with a red hot album burning a hole in their pockets and no singer to anchor them.

Anyone who has seen Nikki in action will easily see why Yngve was keen to snap her up. Onstage she is a high-kicking one woman hurricane, dedicated to giving every drop of sweat (or in some cases, red wine) for her band and audience. In conversation she is equally sparky; humble and quick to laughter, but assured in her abilities. Yet the invitation to join Blood Command couldn’t have come at a more confusing time.

“When Pagan broke up it was like the end of my world,” she recalls of that period, in which she was not only mourning the loss of her band, but family, too. “I was so devastated because my dad had just died, then I lost Pagan and my mum was dying of cancer. I had given up everything to commit to that band. Without it, I didn’t know who I was anymore.”

Praise Armageddonism provided her with a lifeline, but not simply because it offered her a fresh start with a band she admired. When Nikki listened to the original recording of the album featuring Karine’s vocals, she found the defiant energy of the songs and Yngve’s lyrics spoke directly to her own struggles.

“I did feel a bit weird about singing someone else’s lyrics at first, but when I heard these songs I thought they were genius,” enthuses Nikki, who shares Yngve’s fascination with cults and manipulative figures. Lead single A Villain’s Monologue is a full-throttle punk exorcism with Nikki on fire breathing form, roaring ‘I want to burn the world, baby, I confess’ with such conviction that you believe her. “Whether or not Yngve’s intention for the lyrics were the same as my interpretation, the emotion is real because I had so much pain I needed to get out. I wanted to put every part of me – blood, sweat and tears – into it.”

Easier said than done. The Australian government locking up the country tighter than Alcatraz in response to the coronavirus pandemic torpedoed plans to record vocals in Norway. While many of us were attending their third dreaded remote pub quiz of the month, Nikki and Yngve held recording sessions over video call. For one week she would enter a recording studio with engineer Callan Orr in Melbourne at 10am, while Yngve would rise at 2am in Bergen to produce remotely in real-time.

These marathon sessions not only resulted in some truly unexpected and impressive performances from Nikki – particularly on the tears under neon lights banger Saturday City – but also a tight bond with Yngve: “When my mum passed away at the end of 2020, he was one of five close people that I found a lot of help in during that time. And then going through the process of recording together, we really got to know each other quicker than people might expect even though we hadn’t met yet.”

That is exactly how long it took from Nikki joining Blood Command to finally being in the same room as her bandmates, Yngve, guitarist Benjamin Berge, bassist Snorre Kilvaer and longtime drummer Sigurd Haakaas. In November 2021, the Australian government relaxed travel restrictions enough for her to board a plane to Norway.

“It could have been the world’s most expensive and time consuming catfishing scam,” Nikki laughs now, remembering how nervous she was on the flight. But any worries she had that joining Blood Command seemed too good to be true evaporated the moment she stepped out onstage with her bandmates for the first time.

“I just felt like me again,” she recalls of their first show together in Gothenburg, Sweden, supporting fellow Norwegian maniacs Kvelertak. “I felt like I was doing a Pagan show but times 10 and everyone was so happy. I screwed up the intro to one of the songs royally, but we all laughed about it, y’know? They’re all such sweethearts and we have so many in-jokes now.”

For the band, too, having a singer willing to go the extra mile, both onstage and off, is a breath of fresh air. “After that show they said, ‘We finally feel that we have a frontperson and we can step back while you do your thing.’ I don’t have beef with any of the previous singers, but I know I’m a good performer and it feels like they’ve found the missing piece of the puzzle.”

With Nikki now settled in Bergen and writing for new music already underway, with Yngve and Nikki sharing songwriting duties, it seems that Blood Command are finally ready to bring their pop-metal gospel to the masses.

“I feel honoured that the band trusted me, but I’m also proud that I was able to turn my life around, which was in absolute shambles, and create something really positive,” she says, beaming among her new surroundings. “If I didn’t go through so much crap I wouldn’t have been brave enough to do this. That’s what this whole album means to me.”

Praise Armageddonism is due out on July 1 via Hassle Records