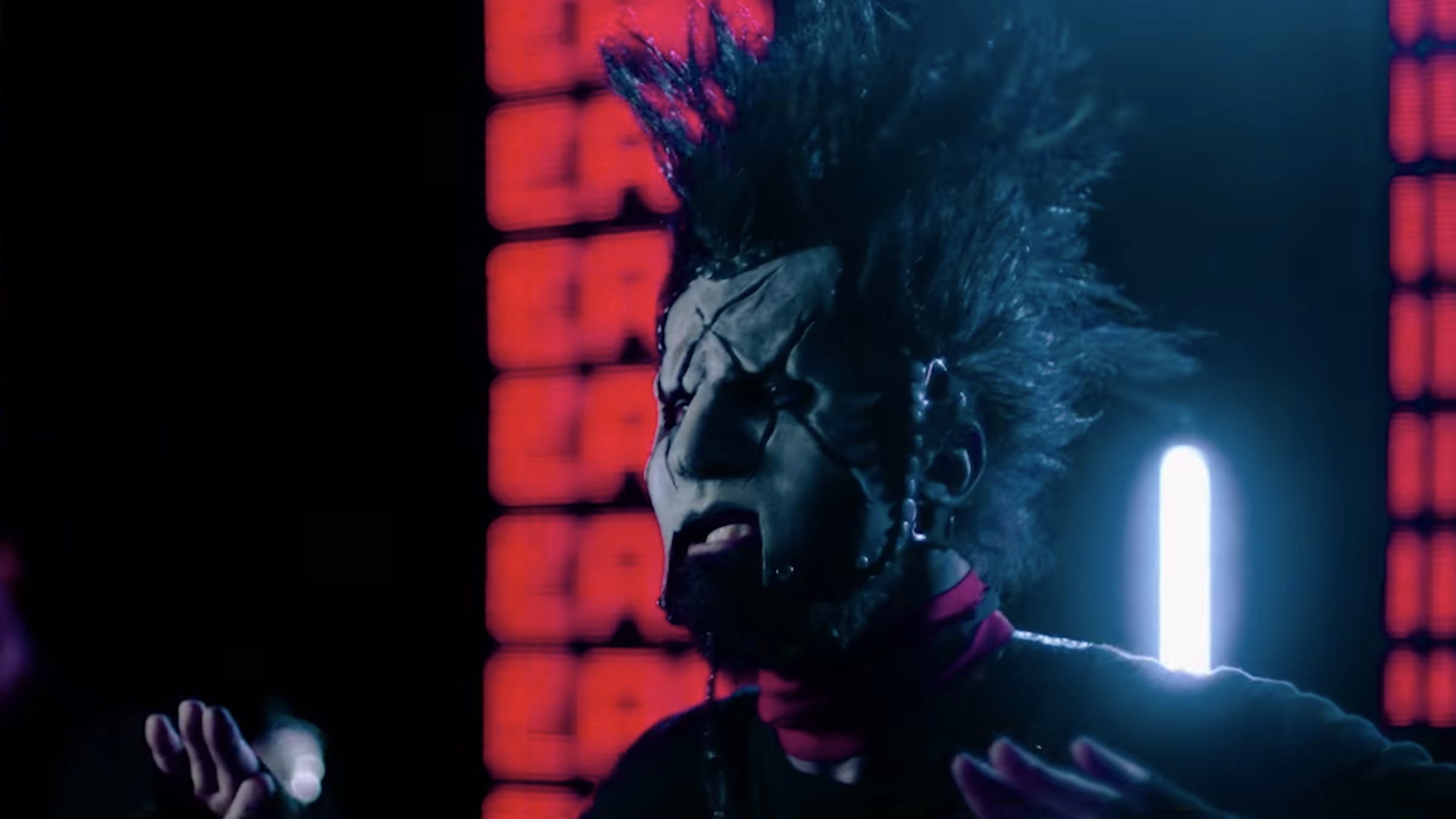 Last week, disco metal pioneers Static-X revealed the full dates of their upcoming worldwide reunion tour held partly in tribute to their late vocalist Wayne Static, as well as their new masked touring vocalist (rumored to be Edsel Dope of tourmates Dope). The post received both excitement and criticism, in part because the band's new vocalist appears to be dressed in a Wayne Static costume, including a mask, hair, and braided beard. Some fans felt the use of Wayne's image was in poor taste (a sentiment we echoed in an opinion piece we ran earlier this week).

Now, the band have released a public statement via their Facebook explaining why they chose to have their touring vocalist wear a mask.

Here's the statement in full:

“A message directly from the band…

Thank you again for the overwhelming response to our new album and the WDT 20th Anniversary World Tour.
The shows have been selling like crazy!
Chicago and Pittsburg have already sold out…
Las Vegas NV, Los Angeles CA, London England, and Melbourne Australia are right behind them and will sell out soon.

After releasing our latest teaser, we noticed that some of you are curious about how we came to our decision regarding the mask and the visual presentation of our touring vocalist..
In the end, the answer is pretty simple..

As many of you know, Tony came across some unfinished studio sessions, featuring Waynes final works last year. He eventually enlisted the original WDT band, along with our original producer Ulrich Wild to help finish the recordings and complete what will be a brand new Static-X album titled (Project Regeneration)..
The album is turning out to be something very special and we look forward to sharing more with you all very soon.

Let us begin by restating the obvious.
This is the Wisconsin Death Trip 20th Anniversary Tour, therefore, these events are 100% about nostalgia for everyone involved..
This was not about setting the tone for the future or about putting a new face to the band or establishing a new identity for Static-X..

This is about experiencing the vibes of an old school Static-X show “LIVE & LOUD” 20 years later, while we honor our dear friend Wayne Static.

The search for a touring vocalist for Static-X was not an easy one.
First, we wanted to keep the continuity that Static-X has always had on stage.
It has always been 4 guys.
Drummer, Guitarist, Bassist, and a Singer who also plays guitar.
In addition,
We wanted to select someone that we had familiarity with.
Someone who knew us and someone who knew Wayne and someone who had a connection to our community.
Someone who would take this personally, because this is very personal to all of us.

Once we found our guy, we began to discuss the stage show and the visual presentation for the tour..

In the end, it was actually our touring vocalist, who suggested that he wear a mask on stage..
Out of respect for Wayne and for the band, he didn’t feel that it would be right for his own image or identity to be placed in the center of something that he had nothing to do with creating…

This struck the 3 of us as an incredibly selfless and humble gesture!

The truth is, he could have been very self serving and looked at this as an opportunity for him to raise his own profile and to put his name and face out there for all of you to see.

Instead, he expressed the exact opposite intentions..

He also explained that the idea of wearing a mask would allow him the freedom to get lost in the vibe of Static-X and to completely disconnect from his own identity and ultimately serve Static-X better..

Further, he expressed that the mask itself, along with his performance each night could act as a unique part of the memorial to Wayne..
A tribute, for lack of better words.

Before we moved forward with any of our creative decisions, we first shared our ideas and designs with Waynes family.
They have given us their full support every step of the way.

Let us also acknowledge that Wayne was much more to Static-X than our talented vocalist and guitarist..
His trademark Static Electrified hair proved to be just as unique and identifiable to Static-X as his incredible voice..
In time, the Static-X hair would become a signature part of the bands identity as well as its identifiability.

The mask was already something that was decided on, so the hair just naturally followed….

All of this has allowed us to channel the vibe and the spirit of Static-X through another vocalist, without taking any of the focus away from the 4 people who originally created Static-X and brought you Wisconsin Death Trip 20 years ago..

The motivation is simple and the result is undeniable…..
The mask, the hair, and the overall presentation we have chosen immediatly makes you think of Wayne Static and Static-X.

In the end, that is ALL that this is about.
This is about Static-X
This is about the 20th Anniversary of Wisconsin Death Trip, and the nightly / global memorial to our brother Wayne Static..
Anyone who doesn’t “get it”, is just not looking closely enough.

We OBVIOUSLY wish that Wayne was here doing this with us, unfortunately, that is not an option.
Rather than putting someone else’s face in his place for our 20th Anniversary Tour, we have chosen to memorialize him and to ultimately to immortalize him..
In our hearts, there is no greater display of respect than what we are doing.

We were never interested in performing with a hologram and using pre recorded vocals..
We didn’t feel that Static-X performing with a “special guest” singer that everyone recognized would accomplish the Wisconsin Death Trip vibe or experience.

For us, this is all materializing better than we could have hoped and we have no doubts that we are gong to to bring the fans an amazing Wisconsin Death Trip experience.
The stage production is insane and the band is sounding legit as fuck!

We are very excited to get out there and celebrate with you all very soon!

The band does not address the seemingly creepy design for the mask, which has been a common criticism among fans.

Those interested in seeing Static-X live on their reunion tour can do so at one of the dates listed below:

June 2019 (with DevilDriver and Dope)

Listen to Devildriver's new track Iona, taken from their upcoming album Dealing With Demons I