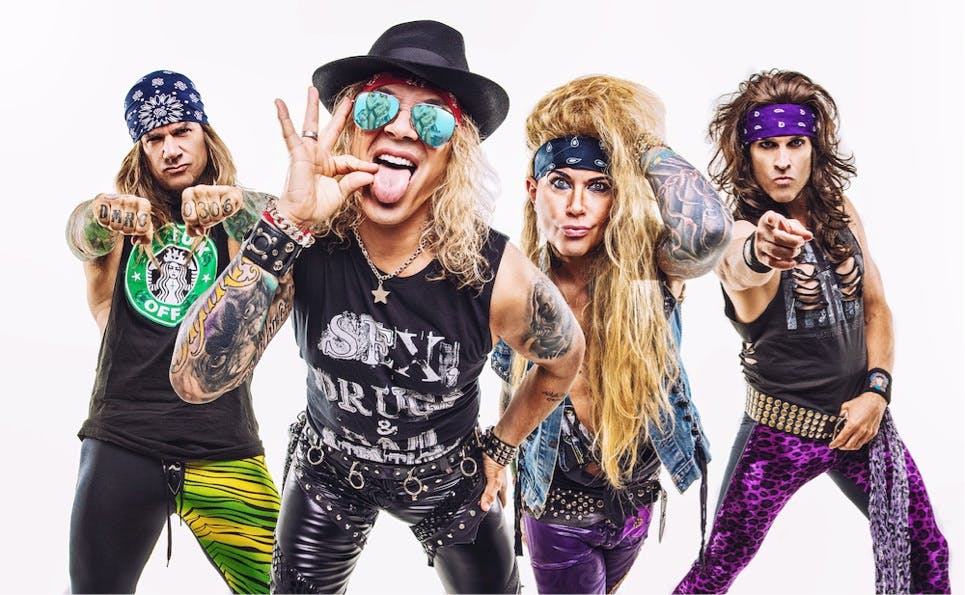 Ahead of the release of their fifth studio album Heavy Metal Rules, the LA glam fiends have revealed eight tour dates for next February. Steel Panther's trek will kick off in Bristol on February 5 at the O2 Academy and climax in Dublin at Vicar Street on February 16.

Tickets go on sale September 27 at 10am UK time.

Speaking about their new album Heavy Metal Rules, the band say it is "the ultimate party album.”

“Anthem after anthem and hook after hook, the songs will provide the soundtrack to your new bitchin’ heavy metal life."

READ THIS: How I wrote Community Property, by Steel Panther's Satchel

How I Wrote Community Property, By Steel Panther's Satchel