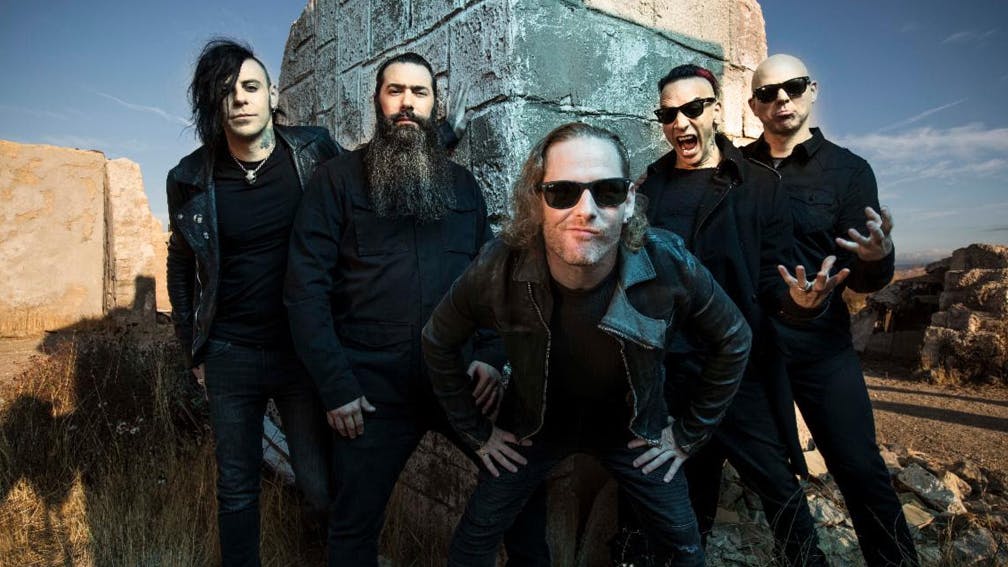 Given just how long they've been a band – and also considering how much they've toured – it's actually pretty surprising that Stone Sour have never released a live album before. But that's set to change on December 13, as the Des Moines hard-rockers are gearing up to unveil Hello, You Bastards: Live In Reno.

"It’s with great pleasure that I get to announce the first ever official Stone Sour live record release," says guitarist Josh Rand. "This is the Reno show in its entirety, just how it went down on October 5, 2018. We’re extremely proud of the fact that it’s 100 per cent live with absolutely no overdubs! It’s not perfect but neither are we. As a collector myself, I wanted this limited-edition release to be very special. The vinyl is pressed on 180g, giving you the best audio quality possible, and is limited to 2,500 copies worldwide. I hope you enjoy this as much as we did playing it."

The 16-song record will arrive later this year via Cooking Vinyl, but is available to pre-order right now. On top of that, Stone Sour have unveiled a live version of Absolute Zero to check out – so get on that below…

The full tracklist for Hello, You Bastards: Live In Reno is as follows:

Read this next: 20 bands who succeeded after their original vocalist left

Stone Sour's Josh Rand Is Working On A Side-Project

Guitarist Josh Rand has been holding auditions for his new project away from Stone Sour.