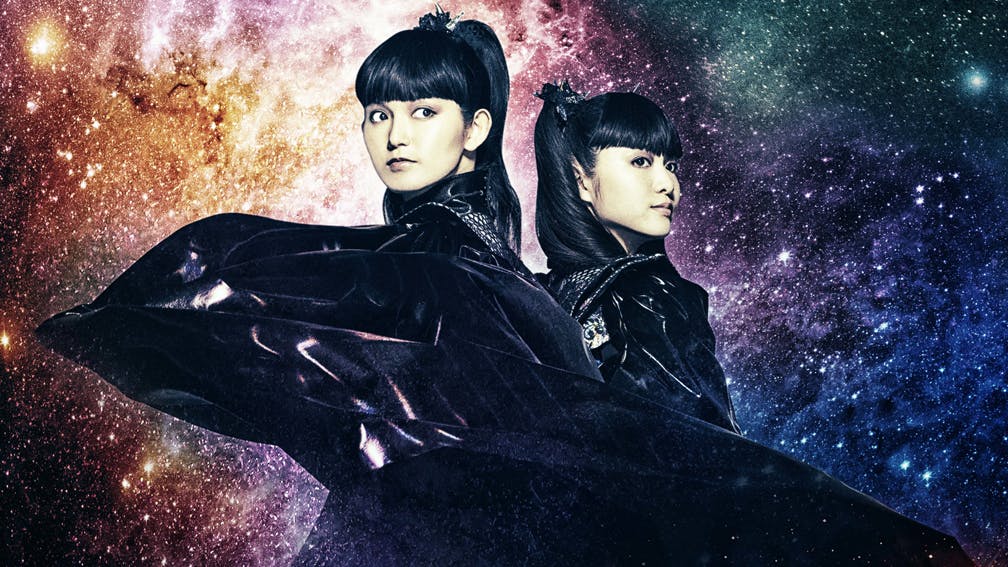 “I had the strong desire to appear onstage again, but my physical condition is not at its best even now,” her official statement read, “and further, I feel that I would like to pursue my dream, one that I have had from a long time ago, of going on my own as Mizuno Yui. It is these factors that led to my decision.”

Now, one year on, remaining Fox God worshippers SU-METAL and MOAMETAL are about to release the third full-length METAL GALAXY, but they haven’t forgotten their former comrade.

“YUIMETAL has been someone very special to us. So obviously it’s been very difficult, but we want to fully support what she wants to pursue,” says SU-METAL in an exclusive interview with Kerrang!.

Since YUIMETAL left the band, she hasn’t been officially replaced, instead a rotating trio of back-up dancers, known as the Avengers, have filled in onstage.

“We wanted to continue BABYMETAL and continue the tradition,” explains SU-METAL. “Also there’s just no-one like YUIMETAL, so it’s not an easy replacement. And that’s why we decided – SU-METAL and MOAMETAL – to form the core of BABYMETAL.”

The band’s producer, KOBAMETAL, emphasises that it was SU-METAL and MOAMETAL’s drive and spirit that steered BABYMETAL through this uncertain period.

“Obviously YUIMETAL’s departure was something that they’d never experienced before,” he says. “It was a difficult moment for BABYMETAL, but it was more that SU-METAL and MOAMETAL had their strong desire to continue [the band]. They wanted to become the core of the group. I think it was a time where BABYMETAL continued to evolve.”

In the new issue of Kerrang! magazine – available to order now – we talk exclusively to SU-METAL, MOAMETAL and KOBAMETAL about the future of BABYMETAL, their new album and how they’re stronger than ever.

The magazine hits shelves on Wednesday October 9, but you can also buy special edition issues via our online store that includes a limited-edition cover, plus a stunning A2 four-colour process lithographic poster print on 200gsm uncoated stock.

They are super-limited, so if you want one of these bundles, then order one now!