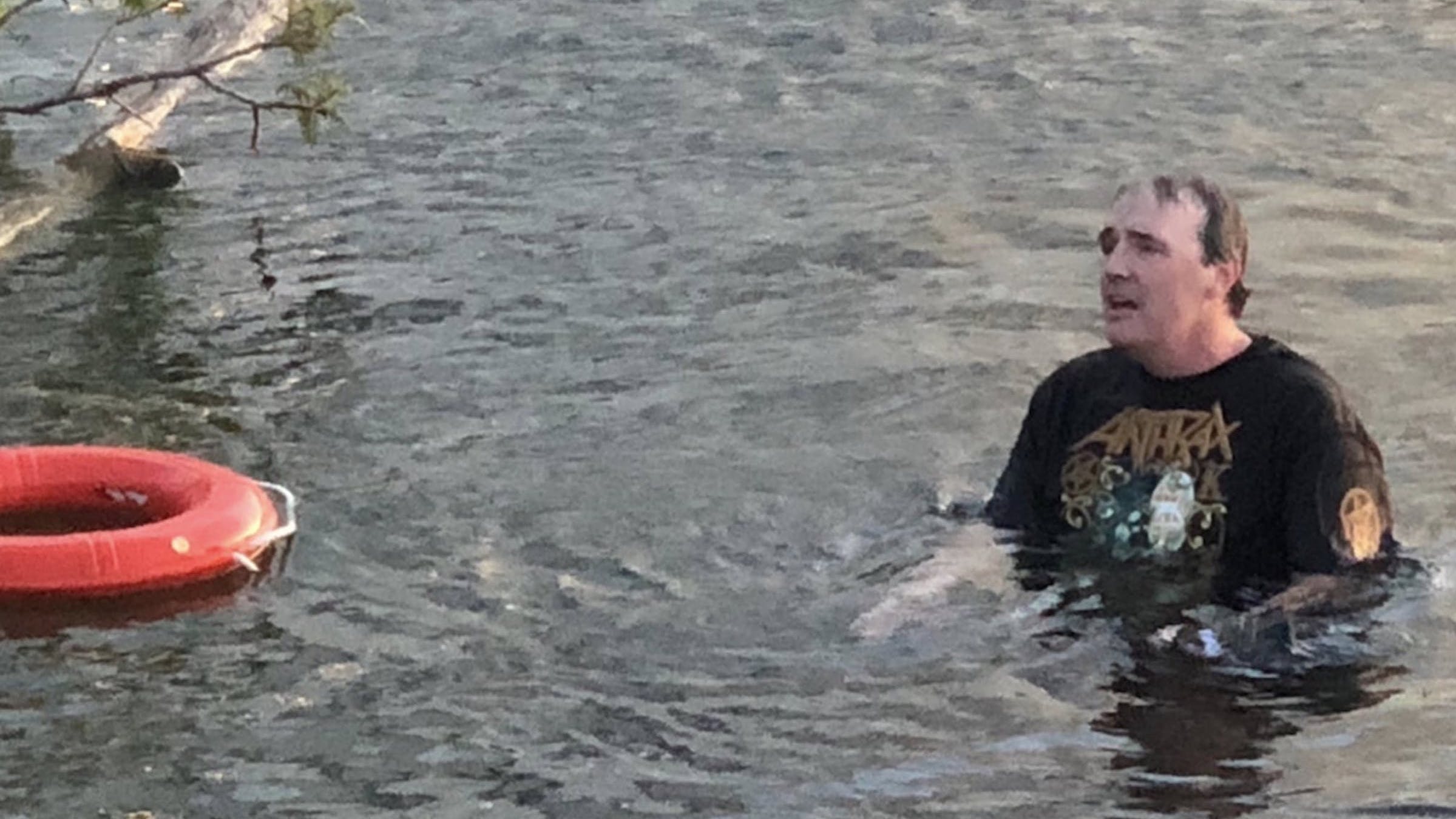 All he wanted to do was see Slayer. If you don’t know him yet, Chris Larocque is a devoted Slayer fan, known for attempting to swim back to a Slayer show after getting kicked out. Why did he get kicked out? He indulged a bit too much in alcohol… But, hey, it’s a Slayer gig.

This photo will tell you everything you need to know:

The Internet (including Kerrang!) refuses to let anyone forget about this hilarious incident. His dedication must’ve struck a chord with many fans, because someone even made a Change.org petition for him. You can read the description below:

“Chris paid to see the farewell tour of his favourite bands just to be thrown out and make headlines for his brave attempt to see his hero’s perform live.

Though he has been acknowledged in all sorts of media outlets around the world. He still has remained denied opportunity to watch them perform live.

Help get this man into seeing Slayer and Anthrax!”

Well, the bad news is: that goal remains unreached.

However, the good news is: his floating body and devastated facial expression are now on a Budweiser can. The venue, the Budweiser Stage in Toronto, celebrated their 25th anniversary with a customized bottle can featuring Red Hot Chili Peppers, Pearl Jam, Nickelback, Black Sabbath, and, obviously, Chris Larocque. Is there a higher honor than that? Probably not.

The man is a metal icon.

Chris received some crazy bragging rights with this one, so, of course, he showed it off on Facebook:

A few days ago was the anniversary of Slayer’s beloved South Of Heaven. Kerrang! took a deeper look at it, focusing on its uniquely violent atmosphere, “What defines South Of Heaven, first and foremost, is its purpose. The fact that the record is slower and creepier than Reign In Blood wasn’t organic or a coincidence, but rather an intentional move away from writing the same album twice. ‘The only time we made a collective decision to do something different was with South Of Heaven,’ Kerry King told Guitar World in 2008. ‘We had done Reign in Blood, and we said, ‘Let’s give them something they won’t expect’.’ As such, South Of Heaven sounds less like a shooting spree and more like a killer stalking their victim, driven by a sinister urge to a very specific goal.”