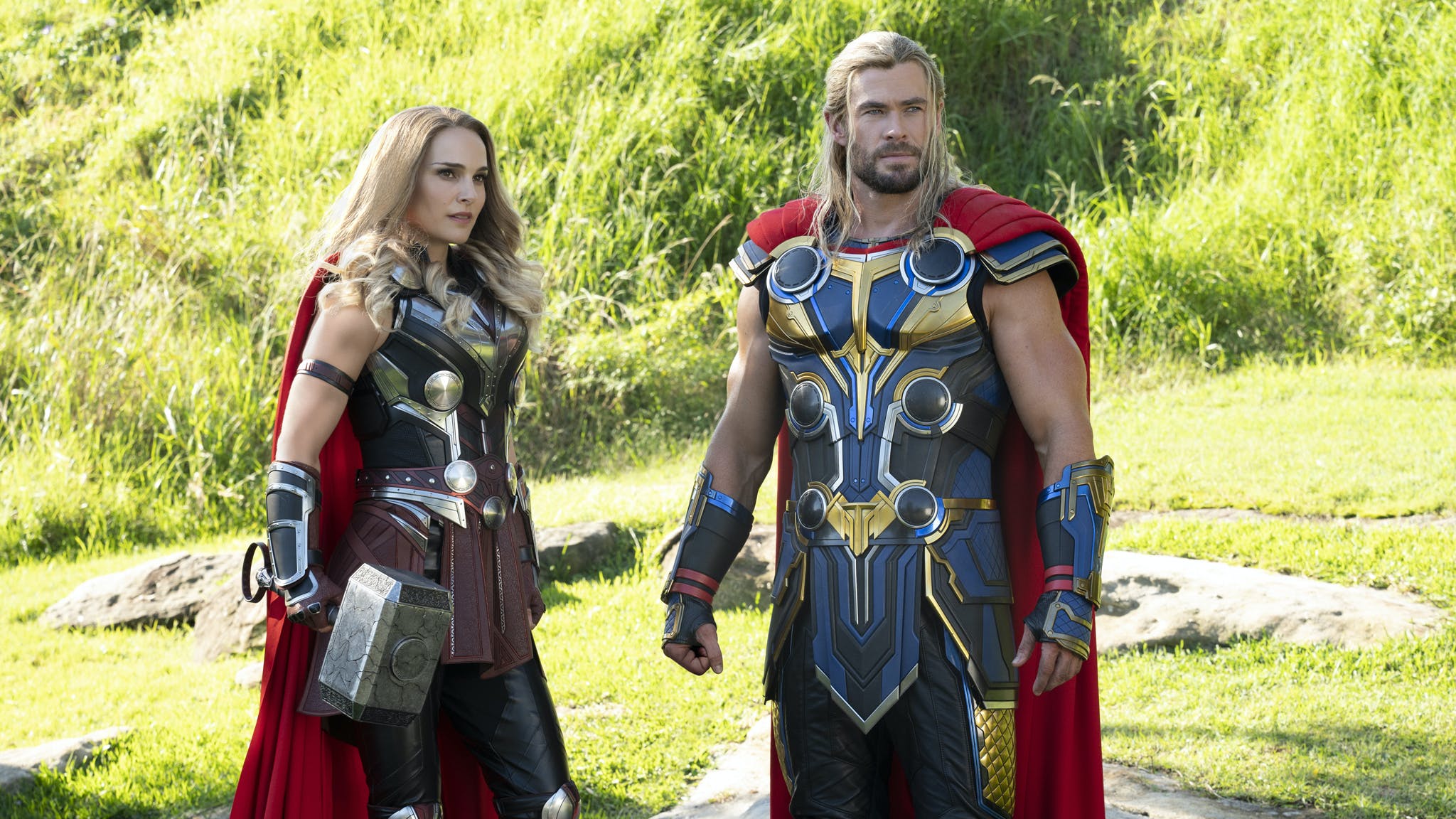 Thor: Love And Thunder finally arrives this Friday (July 8), and, following the use of Sweet Child O’ Mine in the trailer, director Taika Waititi has explained why that’s not the only song by Guns N’ Roses that’s included in the latest Marvel extravaganza.

According to The Direct, there’s four GN’R songs in total (the other three are Welcome To The Jungle, Paradise City and November Rain), and Taika tells Rolling Stone it’s because he wanted to make the latest instalment of Thor “feel like an electric-guitar lead break”.

“You can see some of the influences in Chris’ [alternate] Thor costume, with the singlet,” he explains of the ’80s vibes. “That’s obviously an homage to Big Trouble In Little China, to Jack Burton. I just wanted the whole thing to feel like an electric-guitar lead break. All the art and everything, it feels like an ’80s album cover. Even the title treatment – I wanted it all to feel like something I would draw on my school book in class, when I was perfecting the Metallica [logo].”

When asked about potentially having to ‘negotiate’ with GN’R to get their music, the director says: “At one point, the music supervisors were like, ‘You might have to have a chat with Axl.’ But I was just getting scared. He’s one of the greatest icons for me.”

Listen to Mama’s Got A Brand New Hammer from the Thor soundtrack below:

The full Thor: Love And Thunder description reads: “The film finds Thor (Chris Hemsworth) on a journey unlike anything he’s ever faced – a quest for inner peace. But his retirement is interrupted by a galactic killer known as Gorr the God Butcher (Christian Bale), who seeks the extinction of the gods. To combat the threat, Thor enlists the help of King Valkyrie (Tessa Thompson), Korg (Taika Waititi) and ex-girlfriend Jane Foster (Natalie Portman), who – to Thor’s surprise – inexplicably wields his magical hammer, Mjolnir, as the Mighty Thor. Together, they embark upon a harrowing cosmic adventure to uncover the mystery of the God Butcher’s vengeance and stop him before it’s too late.”