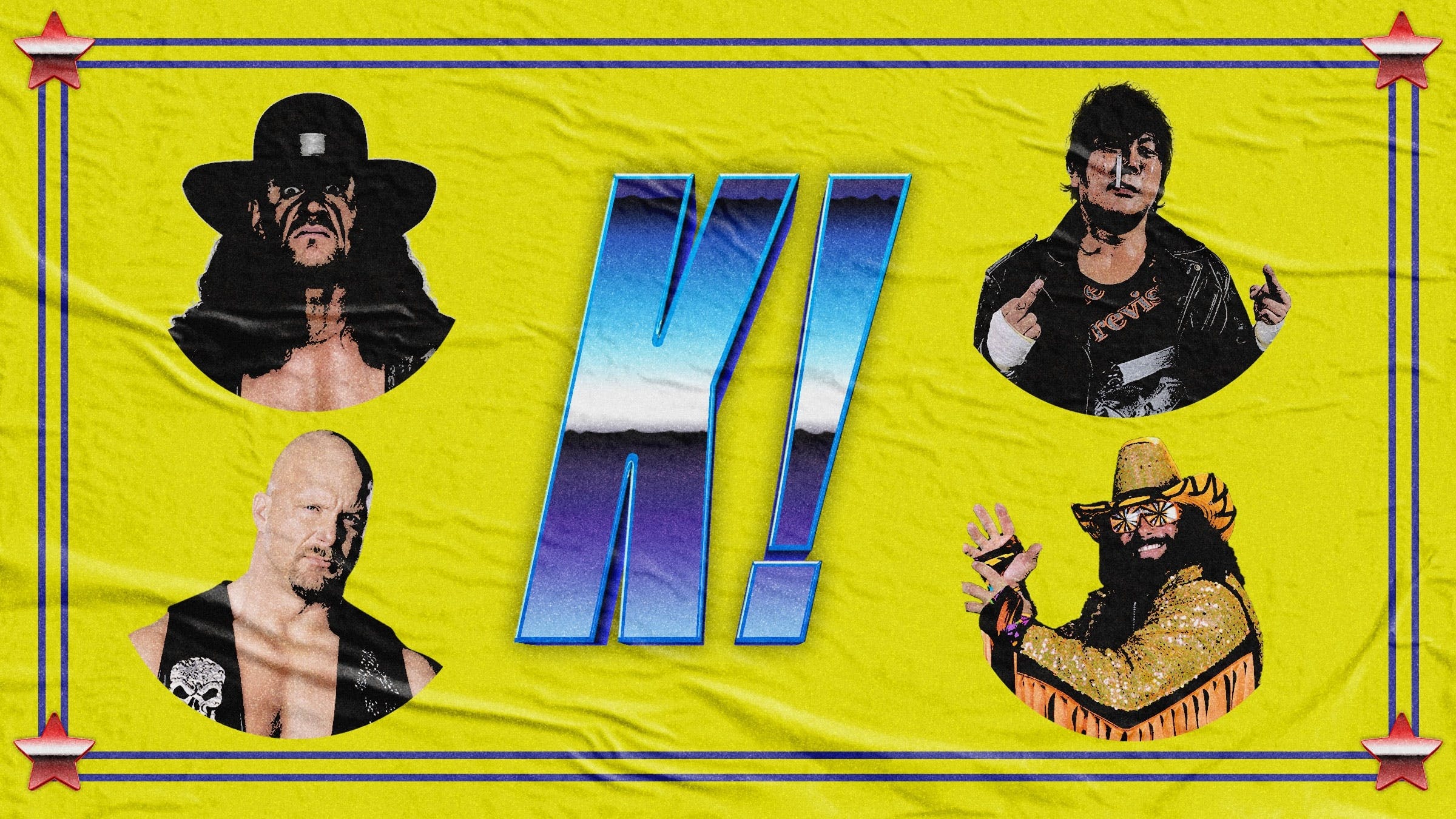 From entrances to attitude, metal and wrestling have plenty of overlap. Whether it’s staged or scripted, wrestling has been a popular form of entertainment categorized by larger-than-life personas, pure brute strength, and strategic performances – all of which sounds a lot like a Slayer show. But not only that, both metal and wrestling attract audiences who fully embrace the escapism and excitement of larger-than-life entertainment.

Of course, because of these similarities, the world of metal and wrestling have often overlapped. But while wrestling itself is metal, some wrestlers are more metal than others (and, honestly, more metal than certain metal bands). Here, for your easy reference, is a list of the ten guys who we believe are the most metal wrestlers of all time. And if you don’t like it, we’ll settle things in the ring.

Kicking off the list is none other than Dale Torborg, known as the KISS Demon. Although this guy isn’t the best wrestler and he’s not very popular with wrestling fans or KISS fans, the story is a pretty insane one. Torborg started as a baseball player, and by a stroke of fate sat next to Hulk Hogan on a flight, who introduced him to wrestling (and Randy Savage, when the plane landed). With two pro wrestlers vouching for him and some buzz as a two-week MVP, the WCW approached Torborg with a deal: KISS was hugely popular, and they wanted a rep in wrestling. Torborg was the guy. Despite poor ratings, Torborg wore the look and did KISS so well that even Gene Simmons was proud.

Known for using a a Singapore stick and the unmistakable intro of Metallica's Enter Sandman, The Sandman is a hardcore wrestling icon. After winning five titles in Extreme Championship Wrestling and a quick dip in World Championship Wrestling, Sandman joined the WWE in 2006. Before Stone Cold Steve Austin, there was this guy. He’d pour beer into the mouths of fans, spray it onto crowds, and crush the cans on his face–usually resulting in some blood.

Also known as “Flash Borden” and the Crow, Sting is immediately recognizable by his white and black face paint (believe it or not, he’s the only WCW World Heavyweight Champion to do it). Think minimalistic KISS, but with more snake-like features. Sting worked his way through the wrestling ranks snagging victory after victory, all while feuding with none other than legendary industry veteran Ric Flair. Here’s where it gets metal: Sting became a free agent after a betrayal by the WCW, adopting The Crow as his new persona. Thankfully, he didn't need to change his make-up much.

Seth Rollins is no stranger to the spotlight. Fans love him, wrestlers fear him...and that hair! He defeated Roman Reigns in the World Heavyweight Championship and John Cena in the United States Championship, making himself the first man to hold both titles at the same time. It’s rumored that Rollins will go up against Brock Lesnar in WWE Wrestlemania 35 for the Universal Championship title... so he might add that one to the list. But let's not forget that his signature move is a curb stomp that's reportedly banned from the WWE. Bottom line? Seth Rollins is a beast. And he did name his persona after Henry Rollins.

Although The Undertaker is the “Lord of Darkness”, Kevin Sullivan is a close second. He started off as a Satanist and leader of The Army of Darkness in Florida Championship Wrestling, until he developed The Taskmaster persona in WCW’s Dungeon Of Doom as an effort to take down Hulkamania (Hulk Hogan, Randy Savage and Sting). When heavy metal acts like Ozzy Osbourne and Judas Priest gained popularity with allusions to demons and ancient mysticism, Sullivan rose as pro wrestling’s “Prince of Darkness”. Add bizarre gimmicks, a giant black “X” across his forehead, and a devastating finishing move called 'Devil Stomp', you’ve got yourself one hell of a monster.

This one is a little more obscure: welcome to ‘90s Japan and the world of Frontier Martial-Arts Wrestling (FMW). Not only did Atsushi Onita found FMW (which specializes in hardcore wrestling involving weapons like fire, explosions and barbed wire), he single-handedly introduced and innovated deathmatch wrestling in Japan. When Onita enters the ring, he’s got three things: a leather jacket, a cigarette, and his own chair. The guy was so popular, a video game was made after him--that’s pretty metal.

You don’t become a two-time WWE Universal Champion without being a little hardcore. Despite his amateur background, Brock Lesnar is one of the most accomplished athletes in wrestling history. In 2002, Lesnar destroyed The Undertaker’s 21 championship streak in the infamous Hell In A Cell match–by breaking his already-broken arm. His signature “F5” move KO’d everyone it came in contact with, even people bigger than Lesnar (and Lesnar is HUGE). Big Show and Mark Henry, two of the biggest guys in wrestling, were flung around the ring like ragdolls by Lesnar. Oh yeah: his favorite bands? Mötley Crüe, AC/DC and Twisted Sister.

Metal is about being comfortable in your own skin, and no one does that better than Randy Savage. Rocking cheetah-print tank tops, glittery sequin capes and technicolor cowboy hats, the Macho Man left a fashion footprint on the WWE and a physical bruise on everyone else. He scared other wrestlers. When Bill Dundee pulled a gun on Savage, he beat him up WITH THE GUN. He planned his matches down to the last second, resulting in some of the greatest performances and storylines in wrestling history. Not to mention his mom coined the nickname Macho Man and he liked it so much he kept it. RIP Savage.

You know he had to appear somewhere on this list! Even if you aren’t familiar with wrestling, you’ve probably heard the name Stone Cold Steve Austin. From smashing tallboys on his face to his problems with authority (looking at you, Vince McMahon), Stone Cold was the star of the Attitude Era of the WWE. Everything about this man is metal -- his signature entrance with middle fingers blazing, the brutal “Stone Cold Stunner” finishing move, taking a bible passage and turning it into the ass-whipping Austin 3:16...everything. He poured cement into the WWE chairman’s corvette, beat Booker T in a grocery store with a gallon of milk, and dropped three guys before drinking a beer with the referee. What do YOU do?

Surprised? Us neither. Not only does The Undertaker rock one of the deepest v-necks to grace the WWE, he’s also one of the greatest wrestlers in history. With 21 straight victories in Wrestlemania (including wins against Ric Flair, Triple H and John Cena) and an additional 17 championships, The Undertaker is known for just how terrifying he is. Starting off as the “Western Mortician”, The Undertaker has gone through several persona changes. From a mysterious, horror-centric “Lord of Darkness” that focused on supernatural scare tactics to a take-no-shit biker that entranced on motorcycles to Rollin' by Limp Bizkit, the dude has done it all. The Undertaker is an indestructible force from Hell that crucified his enemies on the cross–making him the most metal wrestler of all time.