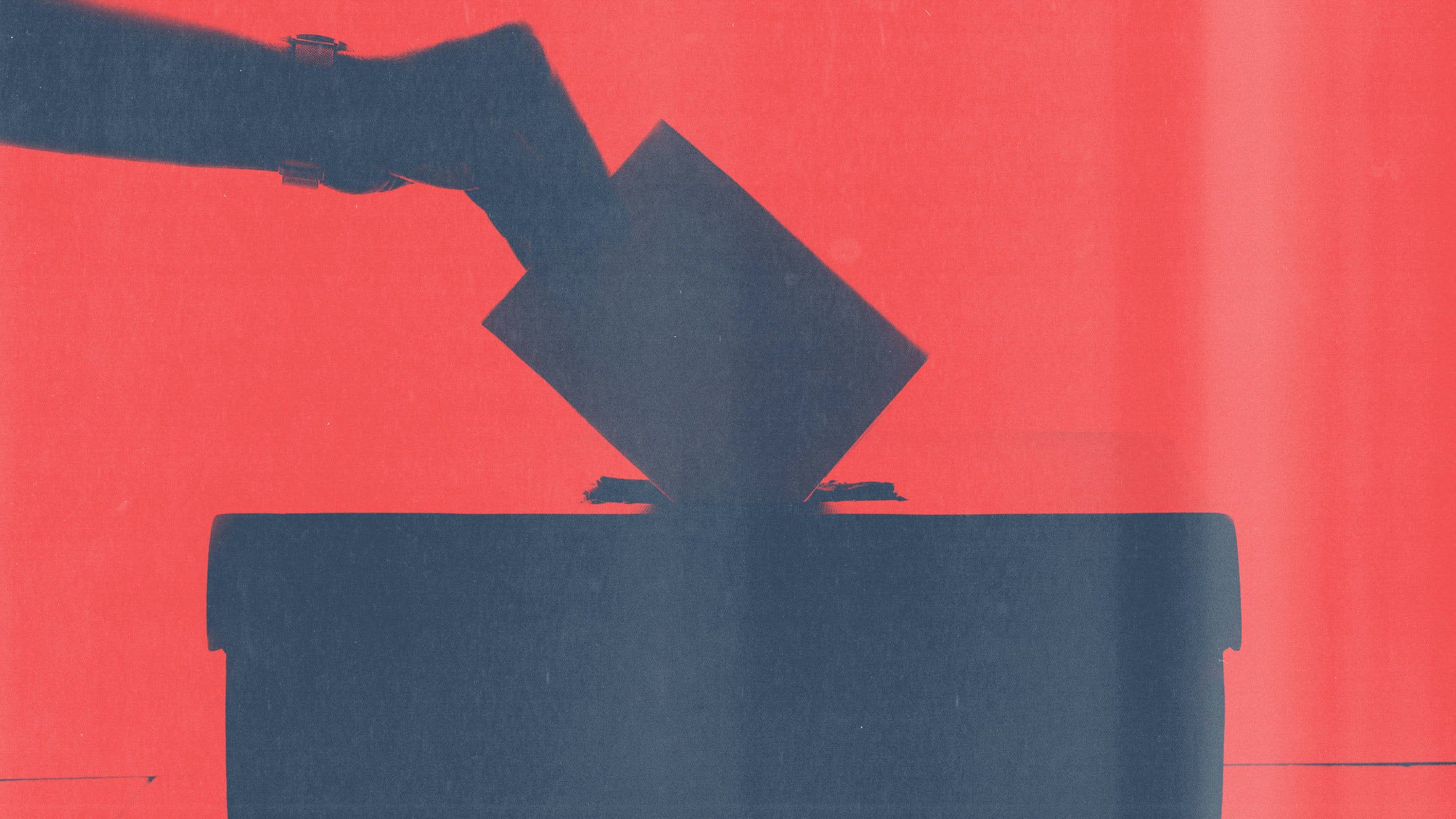 From surprise reunions and colossal comebacks to the rise of some of our new favourite bands, this year has been a whirlwind. And there’s no better bunch to tell us all about it than you guys, in the Kerrang! Readers’ Poll 2019!

“It’s BMTH’s innate ability to stay one step ahead, like they do here, that means the future remains firmly theirs.” Those were the closing lines of our 5K review of the album back in January, and how true those words still stand. Following amo, anything is possible.

Live Band Of The Year

Their UK arena tour begins soon, but Slipknot’s brilliant, emotional Download headline slot in June was enough to secure their spot as the year’s best live band. Because obviously.

While Simple Creatures brand their music “trash pop”, it’s safe to say the rest of the world doesn’t agree…

When K! caught up with PVRIS ahead of the release of Hallucinations’ lead single Death Of Me, vocalist Lynn Gunn returned to the word “fun” when discussing it. And from the music itself, to the fact that the band secretly sent fans vinyl of the title-track, it was a joy to see PVRIS getting back to what they do best here.

The surprising lead single from the 5K-rated We Are Not Your Kind took a couple of left turns (Slipknot with a choir?!), but The Nine’s more experimental side absolutely paid off here.

Black Veil Brides’ leader took his Andy Black solo project to new heights in 2019, releasing his own The Ghost Of Ohio comic to accompany the album of the same name. And while his day job is back in action once more, it’s always reassuring to know that whatever project Andy’s currently juggling, it will be well worth your time.

Most impressive about the ’Knot’s 2019 is the fact that they celebrated their 20th anniversary – and yet there’s more fire in their bellies than ever before. Here’s to an even bigger 2020…

Video Of The Year

As with pretty much everything Rammstein put their name to, the roll-out for their epic Deutschland video was met with controversy. Ahead of the nine-minute video’s release, the band teased a clip featuring Jewish concentration camp imagery, prompting a Holocaust survivor to say they’d “crossed a line” in doing so. But then the full video was unveiled, and it portrayed a gripping, cinematic and sometimes ugly look at German history. Arguably, it’s still a controversial watch – but one that proves that Rammstein remain one of the most important bands in metal.

Another year, another win for Bring Me The Horizon frontman Oli Sykes’ clothing brand. And our personal favourite output from Drop Dead in 2019? Their genius Cradle Of Filth collaboration, following Dani Filth’s cameo on amo. Extreme metal has never looked so damn good.

Kerrang! Cover Of The Year

A meeting with BABYMETAL is always a fascinating prospect, and this year’s cover with the band’s remaining members – SU-METAL and MOAMETAL – following the departure of YUIMETAL didn’t disappoint. And our limited edition bundle with a lithograph A2 poster was lovely too, if we do say so ourselves…

At the time of closing votes for the Readers’ Poll, My Chem were still a month off from playing their first show in seven years. But that’s the level of excitement that the New Jersey heroes have created: the mere fact that they exist as a band again is enough to be the best thing that happened in 2019. And with more live dates planned, you can probably expect to see their name at the top in this category again in 2020…

Given that 2020 will bring with it the next United States presidential election, there’s a tiny sliver of hope that we won’t have to mention Trump in next year’s Readers’ Poll. But until then… urgh.

Radio Show Of The Year

Dan’s slot on BBC every Sunday night is a weekly highlight, airing amazing interviews and the biggest singles. Keep up the good work!

Festival Of The Year

Have we stopped thinking about Tool’s Sunday night slot at Download earlier in the year yet? No. No we have not.

Video Game Of The Year

Hero Of The Year

A deserving title for any of the top five here, 16-year-old Swedish environmental activist Greta Thunberg has been a global inspiration this year. And even musicians love her: after her iconic United Nations speech on September 23, Angels & Airwaves’ Tom DeLonge posted: “This girl is a fucking superhero. Her passion, intellect and endurance is exactly what we all should aspire to have.” Well said.