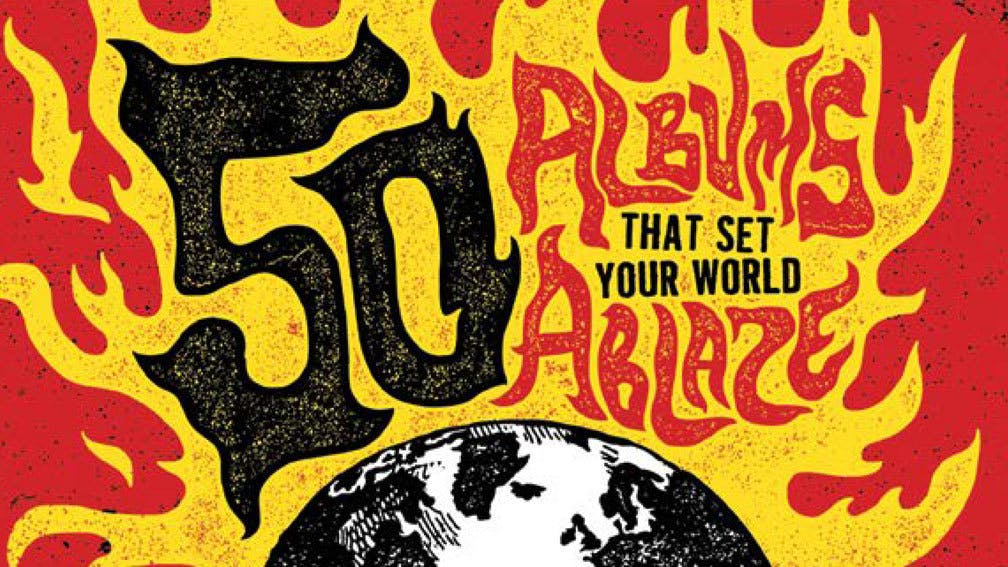 There’s been a lot of music released in 2019. As ever, the past 12 months have played host to heroic returns, fresh young contenders, massive successes, cult thrills, and the odd bit of downright weirdness. As varied as it all was, it came together as the soundtrack to 2019. Here, we present the 50 greatest albums of the year…

There's also a free art print commemorating the winners of Kerrang!'s Album Of The Year 2019. But we're not going to tell you who it is, so you'll just have to wait and find out…

Elsewhere in the issue, all your favourite rock stars big up the music they loved best this year – from Behemoth's Nergal to SU-METAL of BABYMETAL, Architects' Sam Carter, Rob Damiani of Don Broco, Frank Carter and loads more! On top of that, Black Veil Brides frontman Andy Biersack reveals all on new music and the exit of Ashley Purdy, Sylosis return, and Alter Bridge's Myles Kennedy looks ahead to the band's upcoming arena tour.

In the reviews section, Halestorm and friends go bigger than ever at their Ally Pally spectacular, while Swedish Viking metallers Amon Amarth sack London at their biggest UK show to date, and Brighton bright lights YONAKA shine in their natural environment.

There are six amazing Albums Of The Decade-themed posters, too, featuring Deftones, Green Day, Architects, Employed To Serve, Mastodon and Enter Shikari.

All this and more is available in the new issue of Kerrang!, which you can get anywhere in the world through Kerrang.Newsstand.co.uk. But for UK residents, it hits the shops on Wednesday, December 11 from all good newsagents.