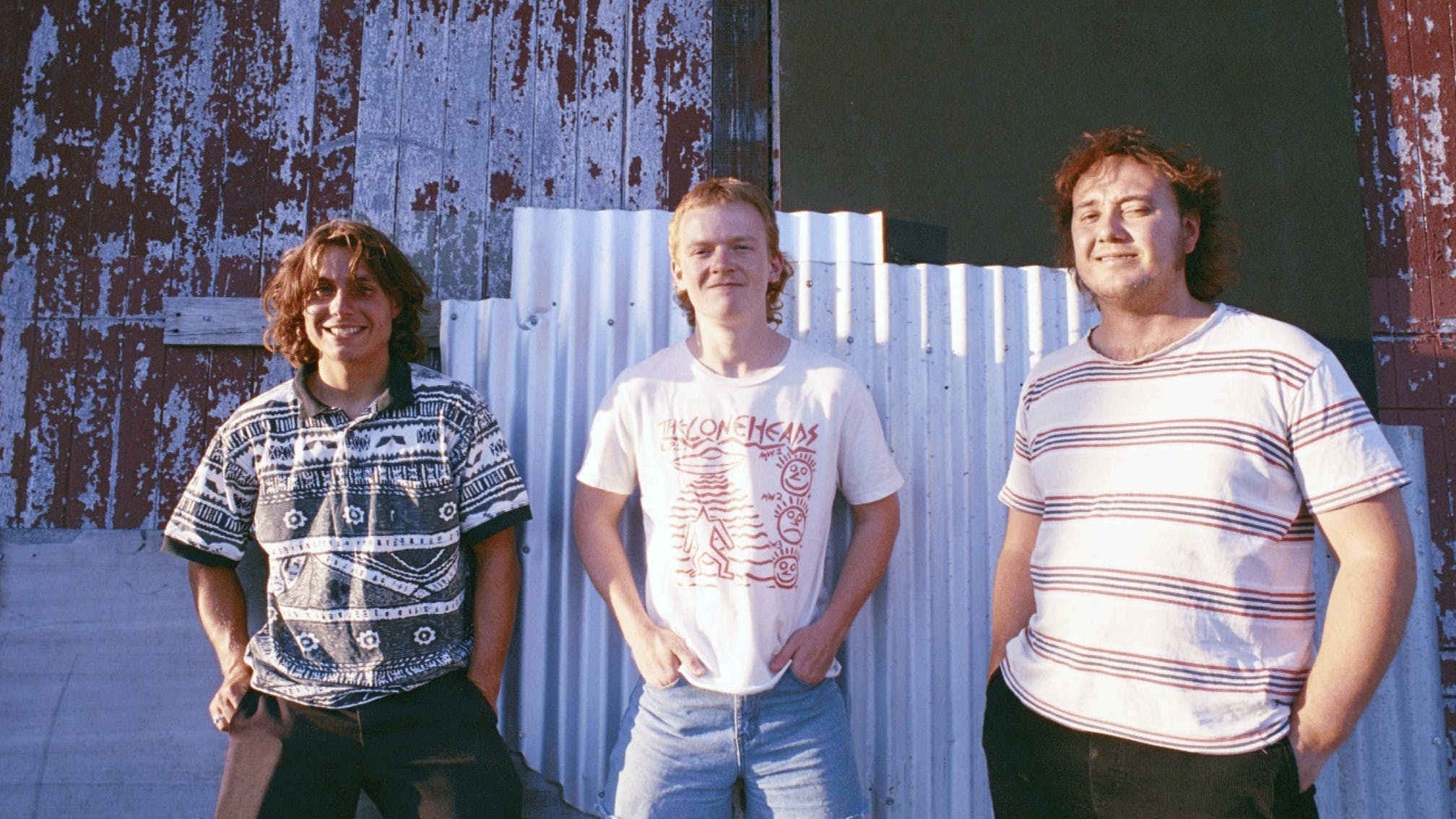 Ahead of their UK tour kicking off later this month, The Chats have returned with their first new song of 2022: Struck By Lightning.

Says singer/bassist Eamon Sandwith of the Aussie punks' new tune: "Struck By Lightning came about when we were having a jam. I was on the drums, and I just started playing this little pattern like, ‘Struck-by – LIGHT-NIN’!’ I thought, ‘Hmm, that could work,’ so I went home and wrote a song about getting struck by lightning, like how you would feel, and what would happen.

"People can't grow their hair back and shit. It’s weird – especially the whole no-eyebrows thing. That would be really scary! I'm really hoping that this doesn't happen to me, now I've written a song about it.”

To coincide with the single's release, The Chats have unveiled their new line-up, with Josh Hardy joining on guitar. "The new bloke, Josh – he fucking rips, man!" enthuses Eamon. "He’s been a good friend of ours for years. His band The Unknowns were the first band that were our age on the Sunny Coast – before we’d even formed The Chats. In the early days, they were a full-on rockabilly band, and he had the quiff. He’d comb his hair back and stuff, and we just thought he was the fucking coolest guy ever.

"After our old guitarist Pricey left, me and Matt [Boggis, drummer] had a conversation like, 'If we can't get Josh, we might just not carry on.' Luckily, he was willing to join, and we got right into it, writing songs and stuff. We were like, this is unreal – so good!"

Check out Struck By Lightning below:

Catch The Chats live at the following this month: