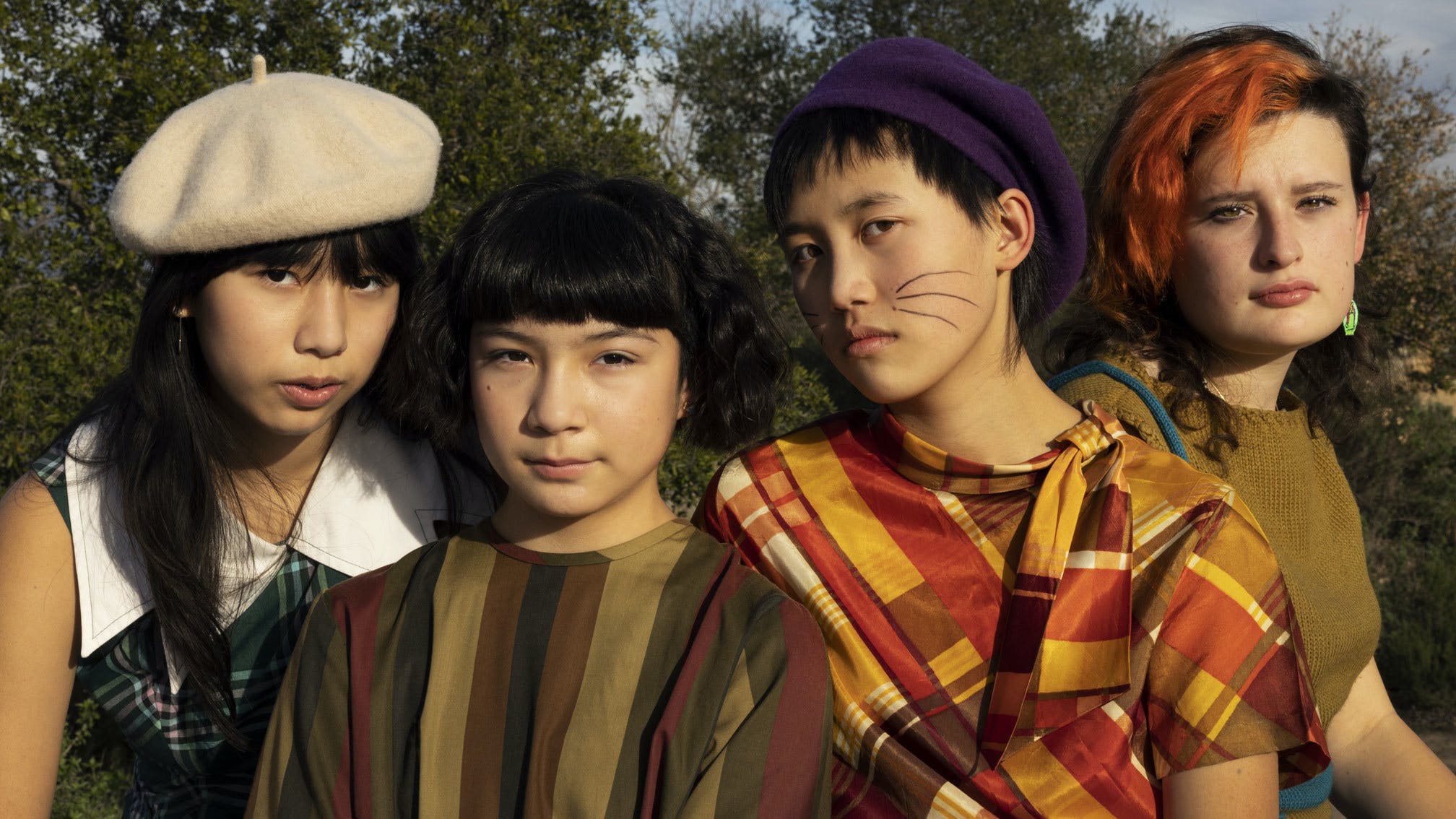 Los Angeles punks The Linda Lindas have announced details of their debut album Growing Up, and shared the awesome title-track.

The record as a whole is due out digitally on April 8 and physically on June 3 via Epitaph, with the band celebrating the announcement by performing on The Late Show With James Corden this week (stay tuned for that). On top of that, they've released the official video for Growing Up (the song), with director Humberto Leon enthusing: "Directing my first video for The Linda Lindas was a dream come true because I love the message and voice the girls have, and I am a true fan.

"I was really inspired by the girl’s love of cats and wanted to take that to the next level and so the video is a conversation about turning points in their lives all being viewed through the gaze of their cats. It creates a narrative of whether the cats want to trade places with the girls or vice-a-versa.This video was extra special because I worked with the girls on designing the outfits with Batsheva, styling the looks with Rodarte and Warby Parker. The entire video was a collaboration between me and the girls. By shooting the video on iPhone 13 Pro Max, it created an intimacy with the video that felt like we were listening in on a day in the life of The Linda Lindas."

Watch the video for Growing Up below:

Catch The Linda Lindas live at the following upcoming dates:

The Linda Lindas have released a wholesome Christmas single

The Linda Lindas have announced their first-ever UK show

Following the release of their ace debut album Growing Up, The Linda Lindas are heading to London…

The Linda Lindas: “Whatever you have to say, you should say and be proud of it”

They might not be old enough to get into some venues, but LA punks The Linda Lindas are putting the scene on notice. After last year’s viral smash Racist, Sexist Boy got them picked up by Epitaph, with a fiery cocktail of tenacity and teen spirit, these ferocious young women are ready to take on the world...

The Linda Lindas have released a new single and video, Talking To Myself

Watch: The Linda Lindas’ video for new single Talking To Myself pays homage to the Twilight Zone episode Living Doll.