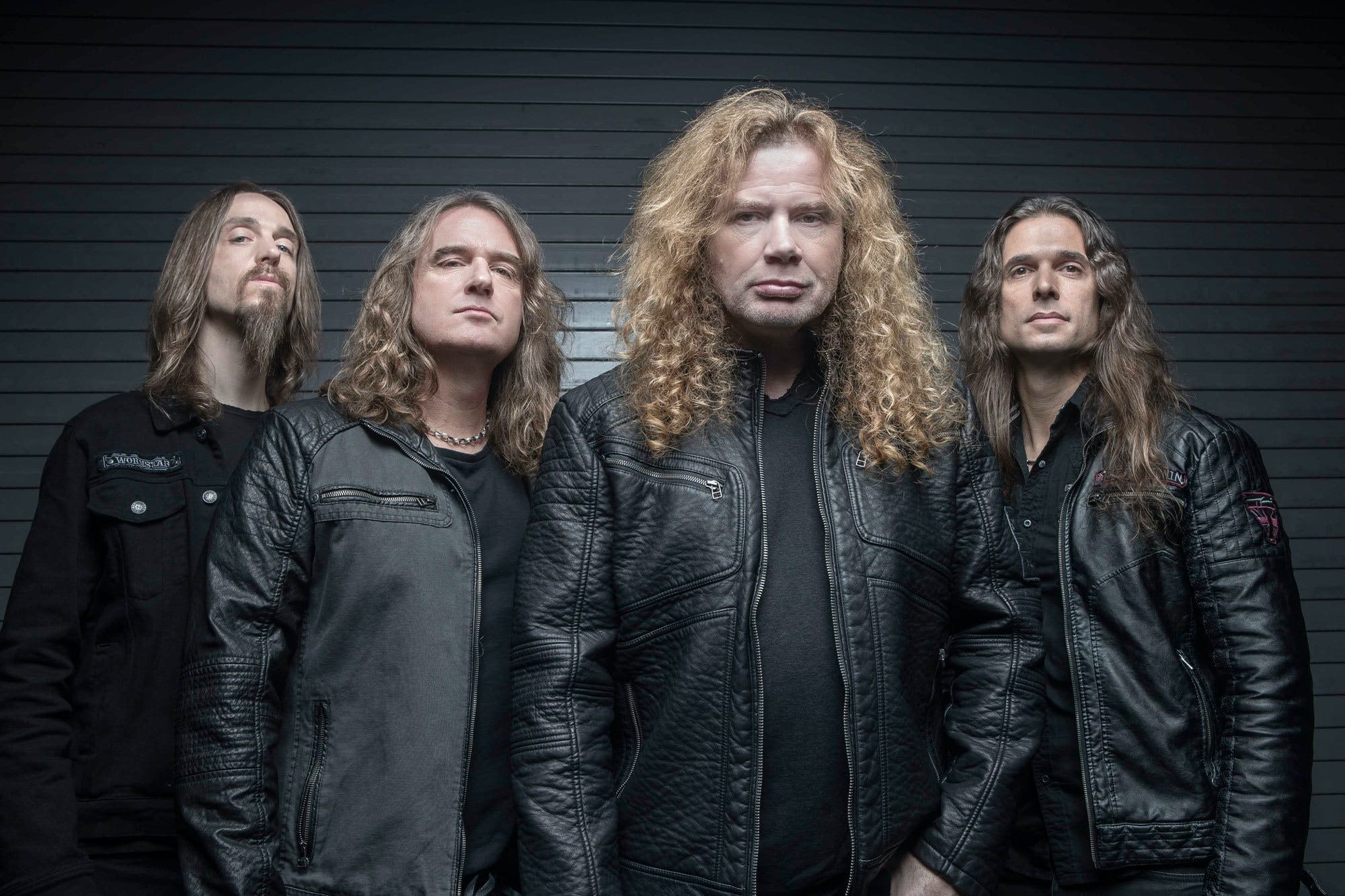 Dave Mustaine has revealed to Kerrang! that the new Megadeth album is sounding "heavy as hell". Well, that's what his son says anyway.

Speaking to Kerrang!, the thrash veteran gave an exclusive update on how Megadeth's sixteenth studio album is shaping up.

"Dystopia was more of us doing what makes us feel good; there’s a lot of super heavy, fast drumming at the end of some songs. My son was in here two days ago and when we were doing Dystopia he was listening to the songs and making comments, and the ones he commented on were the ones that got the best response.

"When he came over this time, we were working on a song that has the tentative title The Dogs Of Chernobyl, and the intro riff has kind of a Hungarian guitar part, kind of like something Mercyful Fate did on Into The Coven. The song comes in super powerful and strong, and my son goes ‘Oh god that’s heavy as hell!’ and I just started laughing.”

Megadeth's upcoming album will be the first to feature new drummer Dirk Verbeuren. It'll be very interesting to see how this fresh blood affects the sound of Megadeth, 35 years into their career.

The legendary thrashers are releasing the 35-song greatest hits collection Warheads On Foreheads on March 22.