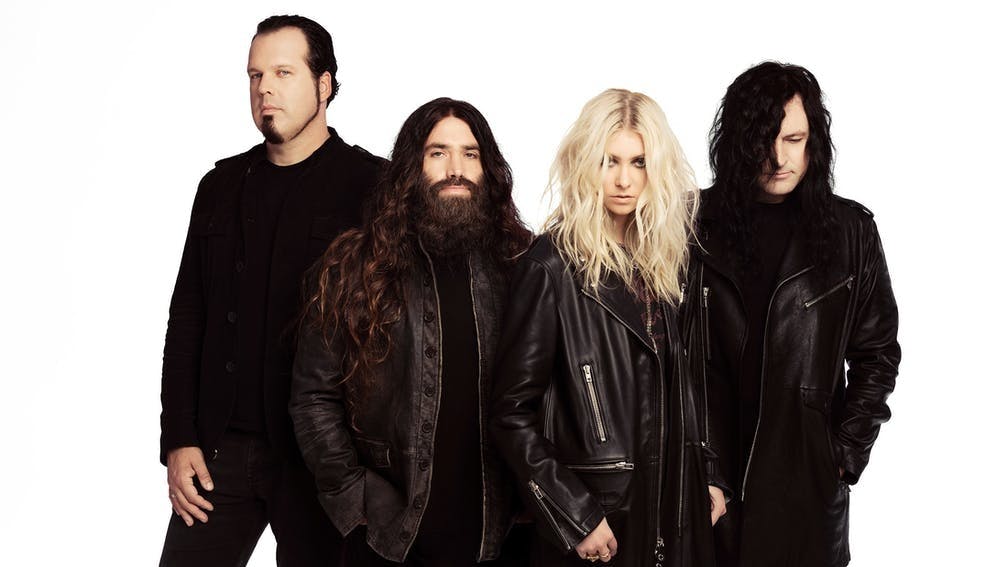 On the evening of May 17, 2017, Taylor Momsen did her job as usual. Appearing onstage at the Fox Theatre, in Detroit, the then 23-year-old singer with The Pretty Reckless sang nine songs to an audience of more than 5,000 people as special guests to the night’s headliners, Soundgarden. The following morning she woke to the news that Chris Cornell, the singer with the Seattle group, had been found dead in the bathroom of his hotel room at the MGM Grand in the Motor City. He was later ruled to have died by suicide.

It’s difficult to overstate the extent to which the Seattleites impacted on the life of Taylor Momsen. To her ear, only The Beatles have set higher standards. Speaking from her home on an island off the coast of Maine, the thoughtful and chatty singer declines to divulge her encounters with Soundgarden on a tour that endured for 13 dates. But suffice it to say, its singer’s death hit her hard.

“The right word is to say that I plummeted,” Taylor Momsen says. “It crushed me. We cancelled all the touring. I wasn’t in a place to be public because it really devastated me, like I think it did to a lot of people. Everyone he touched was just crushed. I cancelled everything and said, ‘I can’t do this right now, I need time. I can’t go out every night and entertain an audience and pretend I’m super happy and okay.’ I wasn’t okay. So I stopped. We quit tour and went home to try and process what had happened.”

When The Pretty Reckless formed, in 2009, it was a love of Soundgarden that brought together its principal players. Founded by Taylor, guitarist Ben Phillips, and producer Kato Khandwala – the trio that wrote the songs on the group’s debut album, Light Me Up, from 2010 – LPs such as Badmotorfinger and Superunknown made these three near-perfect strangers feel as if they were the best of friends.

So delighted was Kato of The Pretty Reckless’ berth on a tour with Soundgarden that he flew to every one of its spring dates. Less than a year later, on April 25, 2018, Taylor was sitting on her couch in Maine when she received a call informing her that her 47-year-old friend and producer had been killed in a motorcycle accident in Los Angeles. Today the singer describes receiving the news as being like “a nail in my coffin.”

She says that “[it] took me into what I can only describe as an extraordinarily dark downward spiral. I was in a hole that I didn’t know how to get out of, or if I was going to get out of it; what’s more, I had no idea where to even start trying. It was a scary time because I didn’t care anymore. I’d given up on everything. I thought, ‘What am I going to do? My musical partner is dead. My musical idol is dead. I don’t care, what’s the point of any of this?’ So I gave up.”

Only, she didn’t. “It took time,” she says, “and it sounds clichéd, but it was music that was the thing that brought me back to life. I couldn’t do anything. I couldn’t function, I couldn’t leave my house, I couldn’t talk to anyone – I was a mess. And so the only thing that I could turn to was music and that eventually led to me just writing how I was feeling. It was like going back to childhood, really, and writing another diary that was my best friend, the only person I could talk to. And it turned into this record, which essentially I consider to be a rebirth.”

The record to which Taylor refers is the newly finished, fourth album from The Pretty Reckless, Death By Rock And Roll, which had been due for imminent release until the world held its breath in the face of you-know-what. In lieu of an entire LP, fans can at least take comfort in the unveiling of the band’s first single for three years. Released today, the album’s impressive title-track features as its intro the sound of the footsteps of Kato Khandwala.

“We spent over a year recording the album,” says Taylor. “And it’s all in there. There was no hiding from it. It took everything we had to make this record. In fact, it felt like we were making the first album again. That’s the thing we had with Light Me Up, we threw everything we had at that album, too. And we did that again this time.

“It very much feels like a rebirth,” she says.

Taylor Momsen is used to making music in trying circumstances. When The Pretty Reckless gathered themselves to record Light Me Up – which celebrates its 10th birthday this summer – the then-15-year-old singer was better known for playing the role of Jenny Humphrey in the television series Gossip Girl. By day she would film her scenes in New York City, and then by night retreat to the House Of Loud studio in Elmwood Park and Water Music in Hoboken, New Jersey, to record songs during the vampire shift. If she caught three hours’ sleep as the sun bid good morning to the Garden State, she was lucky.

The album hit at the first time of asking, but the singer faced all the predictable problems of a woman in early 21st century rock. She dodged the sour intentions of men working in an industry in the days before the #MeToo movement – “I think like any woman, yes, there were uncomfortable and inappropriate moments,” she says – and ignored the sharks on social media by turning away from her phone with the attitude that “it’s not real – it’s not like someone is actually right in front of you, screaming in your face”. Similarly short shrift was given to those who believed that she was a MAW – ‘Model, Actress, Whatever’ – who had a new musical plaything but nothing to say.

“I felt bad at the beginning that there was no clean slate so people already had a perception of me,” she remembers. “That was the thing that I had to overcome, and in the beginning it was frustrating at times. But the way I overcame it was by not telling [people] over and over again that I was real and that this is who I am. They don’t hear that, they just hear you preaching. Instead, I just did it.”

She came to England and gazed in wonder at the landmarks of rock’n’roll heritage. It felt “like I was suddenly part of the history that I’d been reading about”. She snapped a photograph of the Battersea Power Station, over which Pink Floyd flew a giant inflatable pig for the cover of their Animals album. She saw the crossing outside a famous recording studio in Northwest London, across which The Beatles strode for the cover of their Abbey Road LP. And outside the Notting Hill Arts Centre, on May 12, 2010 she witnessed a crowd queuing tight around the block to see The Pretty Reckless make their debut in the capital.

“That was such an incredible feeling as an artist,” she says, “to see that I’d really connected with people.”

But more than anything, Taylor Momsen grafted. Imbued with a work ethic that saw her begin modelling at two years of age – “That taught me how much work and sacrifice it takes to pursue a career in any of the arts,” she says – she took The Pretty Reckless on the road for months on end without once looking back. Were it not for the small matter of a planetary pandemic, this summer she would be sharing stages with both Guns N’ Roses and Pearl Jam.

“I am an entire workaholic,” she says. “But it’s all music so it doesn’t feel like work. Before I spoke to you I was playing my guitar, and I’ll go back to playing it as soon as we’re finished. That’s the lucky thing about this job – I would be doing it anyway. The line that separates work for pleasure is kind of gone. It’s non-existent.”

Which is just as well. Through no small measure of talent, and a double scoop of application, over the course of three hit albums The Pretty Reckless have managed the enviable feat of prospering in an age of declining music sales. Better yet, this success has been earned with a measure of pizzazz and good old-fashioned Star Quality in the shape of Taylor Momsen. When the planet finally decides to take its finger off the pause button, she’ll be right there waiting and ready, with a smile that says: ‘Nice planet, I’ll take it.’

The Pretty Reckless' new single, Death By Rock And Roll, is out now.