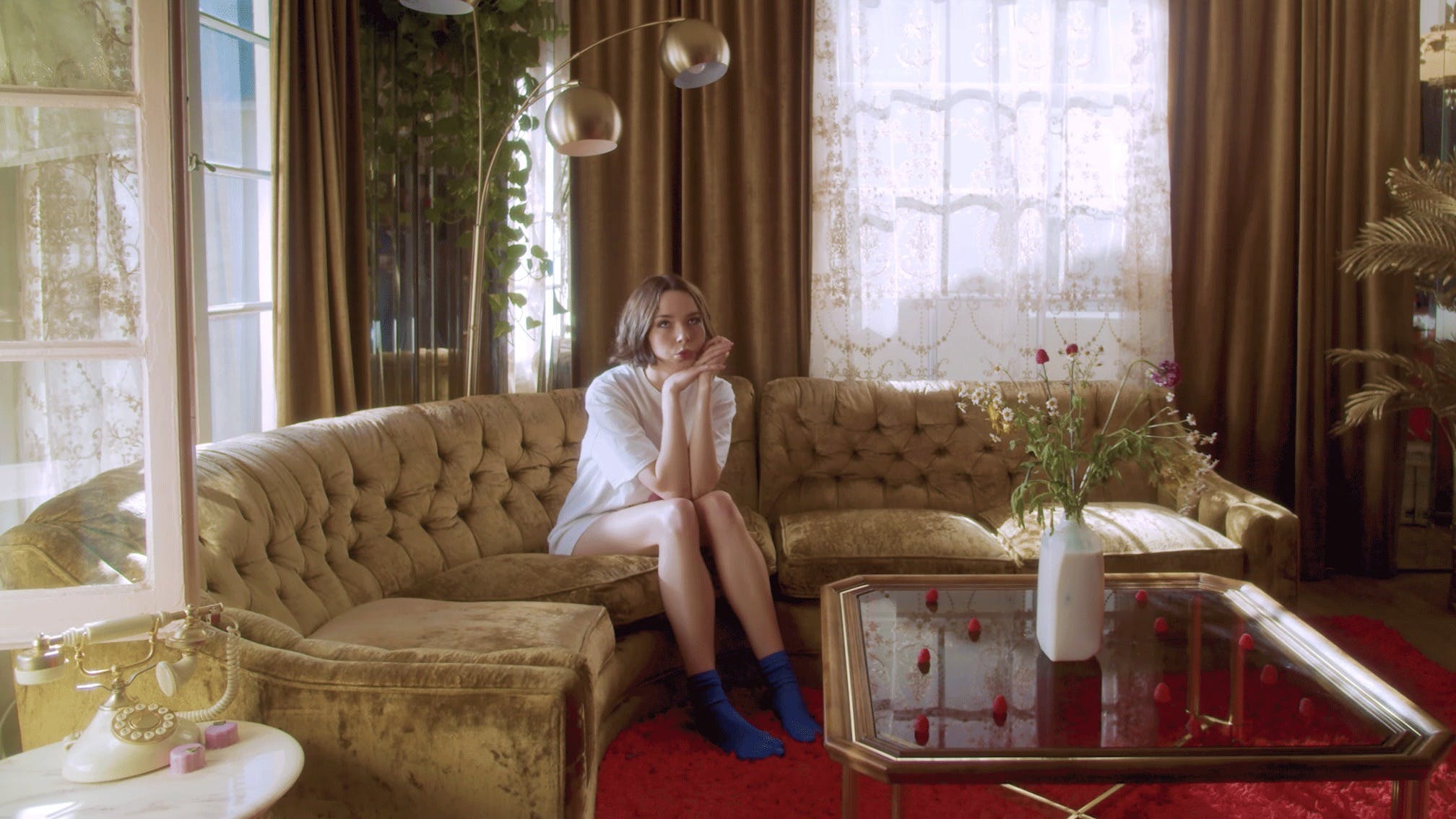 The Regrettes have shared a beautiful new video for their latest single, You’re So F*cking Pretty.

Director Serena Reynolds explains of the new promo: “Lydia [Night, vocals] is the best and we just clicked. I love how we were able to collect so much beauty, frustration and sadness in the video to formulate this idea of a person we never visually see. I think the magic is that this ‘lover’ really feels all encompassingly joyful in the end.”

Lydia herself reveals of the meaning behind the single: “It's the first time I've ever written directly about a girl I had a crush on, and it took me a while for me to even allow my brain to accept the fact that I'm bisexual. I always felt like I couldn't validate my own feelings because I had never been in a relationship with a girl. But I had a pretty big crush on one of my friends a while ago and this song is an exaggeration of that, but it’s still coming from a very real place. It was the first experience where I was like, ‘Oh, these are real feelings, this isn’t just a sexual attraction,’ and that helped me realise I wasn’t straight.

“This song means so much to me because it also represents the time we spent in Joshua Tree and opening up to my whole band about that experience and not feeling embarrassed or scared of talking about it. Writing this was important for me because it just validated my own sexuality.”

“As a queer person growing up it definitely felt like there weren't many songs I could relate to fully and I feel like this song would have been something I would have held really close to my heart as a kid,” adds guitarist Genessa Gariano. “I hope that happens with other people. I don't think it necessarily has to be this queer anthem, but I think someone else could listen to it and feel the same way, or someone could feel that way about a boy they like. Boys can be pretty too.”

Watch the new video below:

Read this: NOBRO are the bundle of energy you need in your life

The rise and rise of The Regrettes looked unstoppable. But paused by COVID, Lydia Night began to wonder about everything. On their journey to rediscovering themselves and making their best album to date, she and guitarist Genessa Gariano actually found just how important this all is to them after all...

The Regrettes have announced a couple of club shows

The Regrettes are bringing Further Joy to London and Brighton, plus Manchester with Wet Leg and Foals…

Anxiety, self love and dancefloor bangers: The Regrettes leave the garage behind on third album…

The Regrettes tackle “impending doom” on the excellent Anxieties (Out Of Time), taken from their new album Further Joy.

Brooke Dickson: “It’s so healthy for everyone – men included – to see strong women in roles of creativity and leadership”