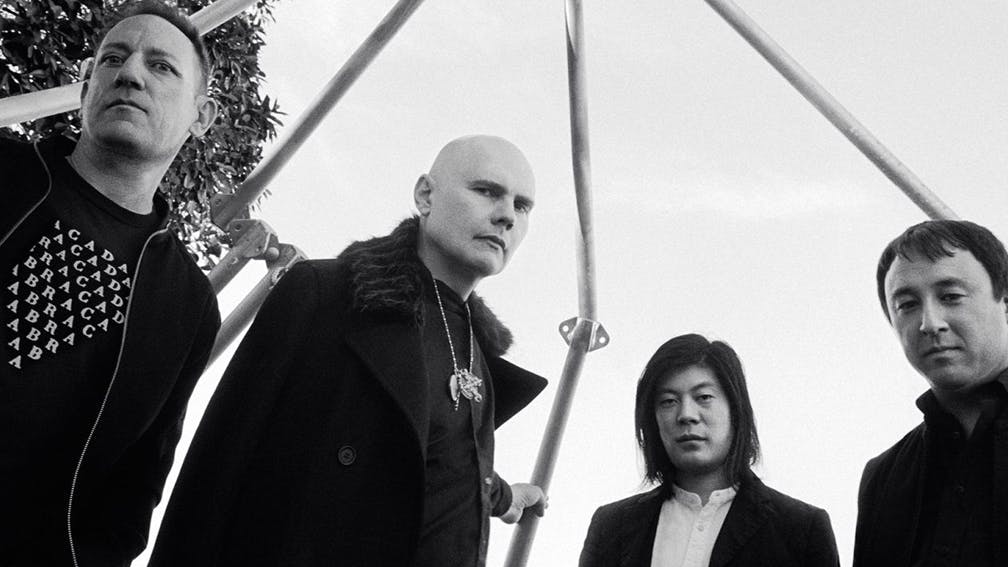 The Smashing Pumpkins have announced details of an 11-date U.S. tour, with several big festival stops in between.

Billy Corgan and co. will be hitting the road with Bones for the Rock Invasion 2 Tour, which kicks off in San Antonio on May 2, and finishes up in Columbus on May 28.

It's been quite a while now since the band updated fans on their planned follow-up to 1995’s Mellon Collie And The Infinite Sadness double-album. Last July, guitarist Jeff Schroeder revealed that, “We’re about halfway through working on another big album, which is, basically, I guess, a sequel to Mellon Collie… and Machina. So it’s the third in a trilogy, more of a concept-based album. And this one is 33 songs.

“We’ve been working for basically the whole year on it,” he continued. “But we’re in the middle of real tracking and stuff right now. James [Iha, guitar] and I are working out here in LA. Drums are basically done, so Jimmy’s [Chamberlin, drums] done his part. But Billy is working in Chicago, and I’m out here in LA, and James is in LA, so we’re ploughing through it. That’ll probably take most of the rest of the year – it’s a big, sprawling thing.”

Catch The Smashing Pumpkins' Rock Invasion 2 tour with Bones at the following:

Read this: Being Billy: Inside the mind of Smashing Pumpkins' misunderstood genius