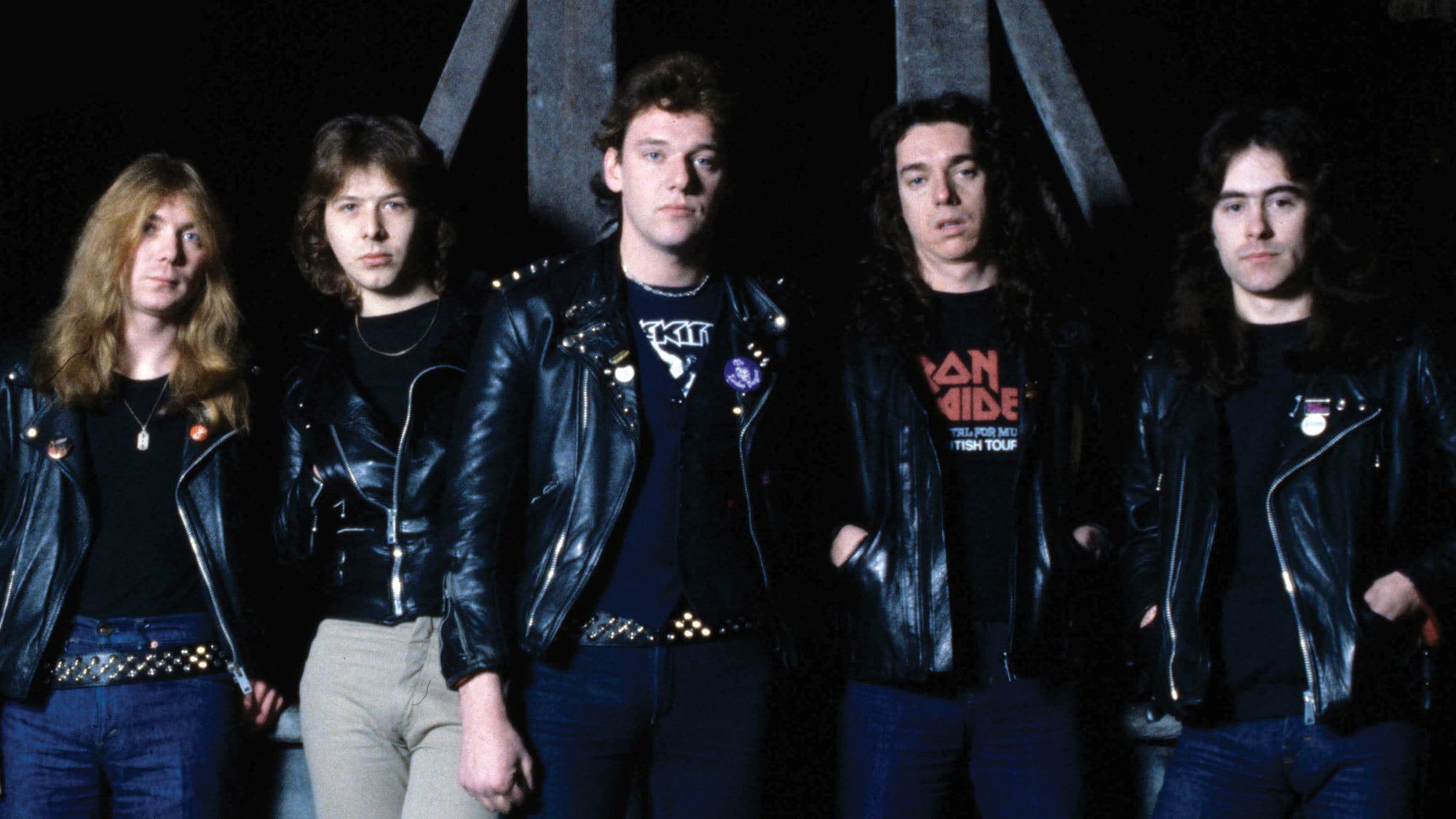 In 1977, punk rock was bringing the filth and the fury to the UK. The front pages of the tabloid press were frothing with apoplectic glee after the Sex Pistols swore on live TV and the likes of the ‘Pistols, The Clash and The Damned all released their culture-bomb debut albums.

Not everyone bought into the three-chord ethos, however, and it was largely the drive and vision of one man that would bring about another, more metallic cultural movement. Steve Harris – a one-time street sweeper, architectural draughtsman and West Ham trainee – had actually formed the first version of Iron Maiden on Christmas Day 1975, but it was during the punk era that they started to forge their own identity and hone their craft in the pubs of London’s East End.

“I couldn’t have started a punk band, that would have been against my religion,” Steve claimed in Maiden’s first ever major music press interview, with Kerrang!’s parent publication Sounds. “We found it hard to gig at first, but once we started playing at [boozer] the Ruskin [Arms], we discovered we were able to pull in loads of people just like us who love heavy metal and don’t want to know about new wave… I went to see bands like Judas Priest and there were still thousands of kids into the bands, it was just that the press didn’t recognise it or write about it. It was unfashionable, uncool to do features about heavy metal.”

Iron Maiden were developing their own signature style even then. It had all the raw aggression you could want, but it was mixed with a more complex musicality and an ambitious if still amateurish sense of spectacle. One vocalist, Dennis Wilcock, used make-up, fire and fake blood, while legendary mascot Eddie began life as a pimped-up Japanese mask.

“Well, it started off as just a Kabuki mask up behind the drummer when we were playing the pubs, and we had a little fish-tank pump so there was blood coming out of the mouth,” Steve told K! years later. “We were playing the pubs and we wanted to stand out, to make people take a bit more notice. Looking back, some of it wasn’t that great – we had a bubble machine at one point – but it all helped get people’s attention, and right from the first couple of gigs we started to get a following.”

Kerrang! and Iron Maiden go way back, incidentally. Like, back to the very beginning.

Iron Maiden were the focal point of what Sounds termed the ‘new wave of British heavy metal’ (NWOBHM), and journalist Geoff Barton wrote a 12-page pull-out on the burgeoning scene. Maiden featured heavily, and the title of the piece was Kerrang! – an onomatopoeic take on the sound of an overdriven, distorted guitar. Buoyed by the success of Iron Maiden and the rest of the NWOBHM, Kerrang! would later become a regular publication in its own right.

That success was still relatively low-key at the end of 1978, when the band – by now featuring ever-present guitarist Dave Murray and vocalist Paul Di’Anno – recorded their first demo at Spaceward Studios in Cambridge. They did it on New Year’s Eve because it was cheaper, and laid down four songs. Three of these (Prowler, Strange World and Iron Maiden itself) would end up on their self-titled debut album.

Before that, they played it to London DJ Neal Kay, whose rock club the Bandwagon Heavy Metal Soundhouse was a focal point of the NWOBHM scene. He began playing the tape and publicising it in the Bandwagon Soundhouse charts that ran in Sounds at the time. The publicity helped them get gigs further afield, and they traversed the country in an old truck known as the Green Goddess. When they released a three-track version of the demo as their debut EP under the name The Soundhouse Tapes, all 5,000 copies sold out.

Maiden’s star was on the rise – but they still needed a full debut album to keep it that way.

Step forward now-legendary manager Rod Smallwood, who negotiated a three-album deal with major label EMI. The band entered London’s Kingsway Studios in January 1980 to record the first, but the sessions didn’t go well. They were forced to dismiss two producers and claim that they ended up virtually self-producing their debut anyway when the third, Will Malone, showed little interest in it.

The result was a flawed record that nevertheless showcased many of the band’s qualities. There were those propulsive bass-runs, melodic leads and sudden time-changes, while Paul Di’Anno’s rasping delivery, perhaps ironically, was frequently described as adding a punk edge. And despite the somewhat flat production, the songs themselves had a sense of raw unfettered energy the band have never quite managed to repeat.

It wasn’t perfect, but it was highly anticipated, and first single Running Free broke into the Top 40 with no mainstream radio promotion. This saw the band appearing on long-running TV show Top Of The Pops, albeit with the stipulation that they were allowed to play live. They were the first band to do so since The Who almost a decade earlier.

The album itself peaked at Number Four in the charts, which took everyone by surprise, including the members of Iron Maiden.

Guitarist Dennis Stratton, who would not appear on any other Maiden records, recalled the general feeling of shock in Maiden biography Run To The Hills.

“We were in a pub and someone from EMI came round and said, ‘You’ve gone straight in at Number Four,’ and we all went out and started screaming!” he recalled.

“We didn’t expect it to go in that high,” added Steve. “At first I thought someone had made a mistake… I made them go and check twice and even then I still couldn’t quite believe it.”

Iron Maiden the album had made Iron Maiden the band the undisputed leaders of the new wave of British heavy metal. It introduced Eddie’s ghoulish visage to the world at large; it would allow them to tour Europe for the first time; and it would provide the jumping-off point for everything else that was to come.

The game was most definitely on.