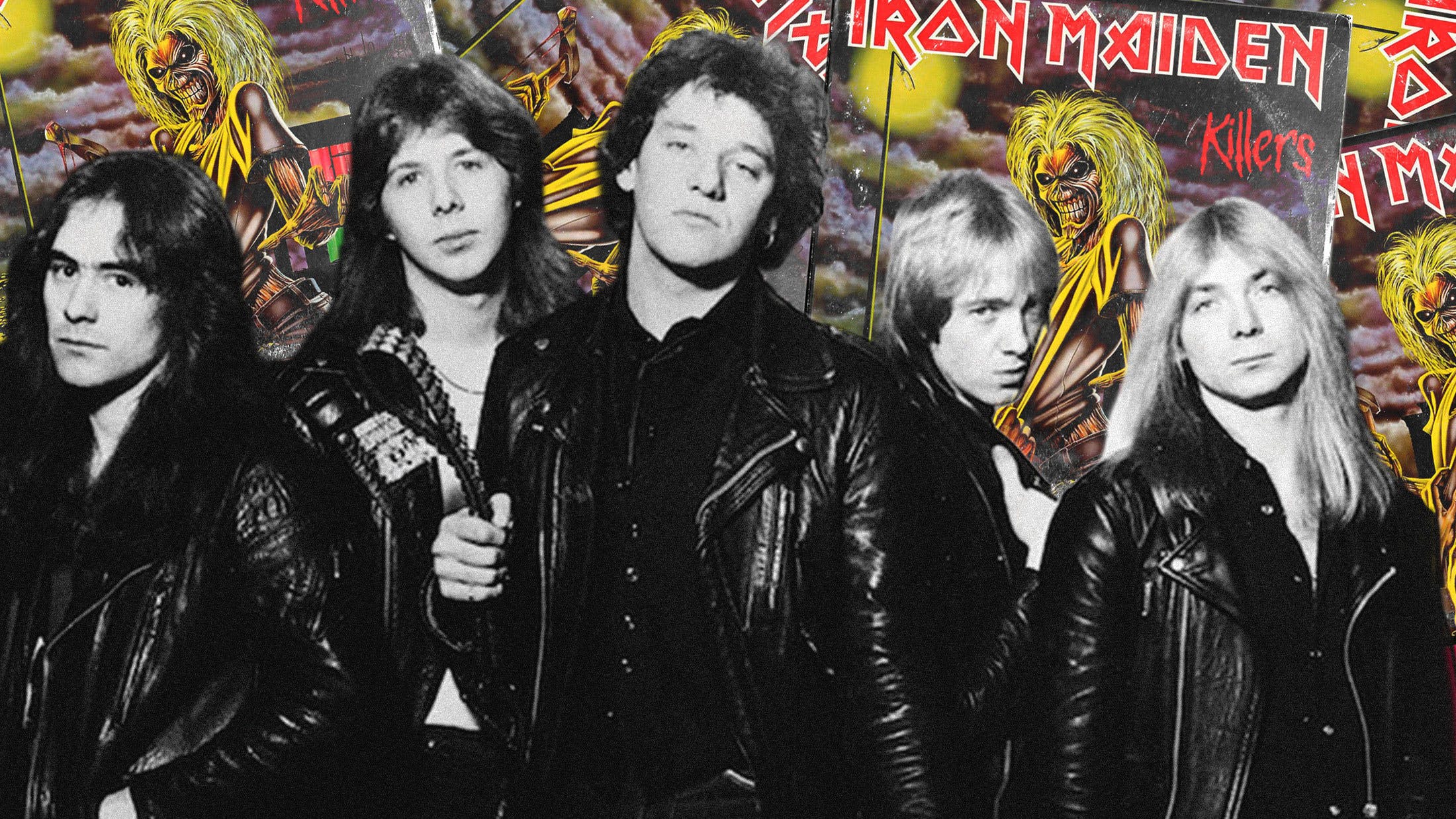 Iron Maiden started the 1980s on the crest of a wave, but there were hidden reefs ahead.

On the back of the startling success of their debut album, the band had started to become seasoned road dogs. They’d already played major venues supporting Judas Priest on the metal gods’ British Steel tour, and now they undertook a first headlining tour of their own, including their first ever European dates. There was also the small matter of a European tour with KISS and a ‘special guest’ slot at the Reading Festival (then the Reading Rock Festival) – their first major festival and the biggest show they’d played to date.

“We’d never played to so many people in Britain before and at one point [lighting engineer] Dave Lights turned the spotlights on the audience and as far back as you could see there were people,” recalled Steve in the biography Run To The Hills. “Playing in pubs you can see the whites of people’s eyes and that can be scary if you’re not used to it. But playing to 40,000 people… When they turned the lights on and you could see them all, that really sent a shiver through me.”

It would prove to be a taste of what was soon to come. But behind the scenes Iron Maiden were not the well-oiled touring machine they would later become. Dennis Stratton was not gelling with the rest of the band and departed in October 1980, with the time-honoured ‘musical differences’ cited as the reason. His replacement was Adrian Smith, who formed a long-lasting partnership with Dave Murray in what many Maiden aficionados consider to be the band’s ‘classic’ guitar set-up.

Of more concern, however, were the antics of Paul Di’Anno, who had always been the most prolific partier of the band. As the touring intensified, the lifestyle began to take its toll, with the singer frequently losing his voice.

“It got so bad, at one point it was like he was complaining about it every night,” recalled Steve. “The trouble was that with Paul, you never knew when he was putting it on… By the time we came to do our own tour, he’d make such a big deal of it you’d really start to worry. Then once he was onstage he’d be totally fine. It was almost like an attention-grabbing thing.”

“I was a kid – 22 years old – and here we were headlining our own big tour and I didn’t know how to handle it,” Paul admitted. “And of course I was doing a bit of speed and whatnot, to keep me going, and that used to make it worse. You’d be awake for days, but feeling really ill. And some nights I just didn’t think I was gonna make it.”

The vocalist did, if only as far as the next album. This time the band were determined not to have the same issues with producers and went with renowned rock producer Martin Birch, who would remain the band’s sonic helmsman until 1992’s Fear Of The Dark. The sound was crisper and clearer, and Adrian Smith brought his own nuance, but it can probably still be thought of as Iron Maiden Vol II. Many of the songs were written in the same period, and there’s little progression between the two. While certain factions of Maiden’s fanbase to this day consider it an underrated favourite, upon its release it received mixed reviews. Former Maiden champions Sounds gave it a scathing review, awarding the album a minimum one star and opining that it was “more of a failure than a triumph” with “far too few stormers to the inch” and that most of the material was “well dodgy”.

“[The reviewer] was trying to imply we hyped the first album into the chart,” Steve raged in a subsequent interview with the paper. “But hyping didn’t make it go silver. You can’t hype 63,000 people to buy it. And it’s gone gold in Japan. Is that hyping too?”

Despite Steve’s protestations, it seemed that a backlash had begun against a band who had achieved too much too soon, who were spending more time out of the country and who were seen as part of a movement, in the ‘new wave of British heavy metal’, that was already being dismissed as old hat.

If the press were fickle, however, the fans remained loyal. Killers went into the charts at Number 12 – not as high as the debut, but certainly not a disastrous showing – and actually initially sold more copies at home and abroad. The band’s live shows also continued to ramp up, seeing them culminate a UK tour at the Hammersmith Odeon before embarking on a seven-week European jaunt. Once more though, Paul Di’Anno’s voice began to crack, and the band ended up cancelling a string of dates.

Rumours began circulating that the band had been auditioning potential replacements. When Kerrang! joined Maiden supporting Judas Priest in New York in just our third ever issue, the whispers were put to the band themselves.

“Tell ‘em it’s a load of bollocks. Absolute bollocks,” the singer retorted. Steve and manager Rod Smallwood reiterated the sentiments. “As soon as we’re away from home, all these strange rumours start up, all these funny things about Rod and me having total control,” said the bassist.

Despite the denials, Maiden couldn’t keep the lid on things for much longer and Paul was ultimately sacked from the band.

“It’s no secret, I was pretty out of control on that tour,” the singer said. “It wasn’t just that I was snorting a bit of coke, though – I was just going for it non-stop, 24 hours a day. I thought that was what you’re supposed to do when you were in a big, successful rock band.”

Di’Anno was out, and Iron Maiden could have been facing the biggest crisis of their career so far. But, like the subject of their live staple Phantom Of The Opera, there was someone already waiting in the wings…