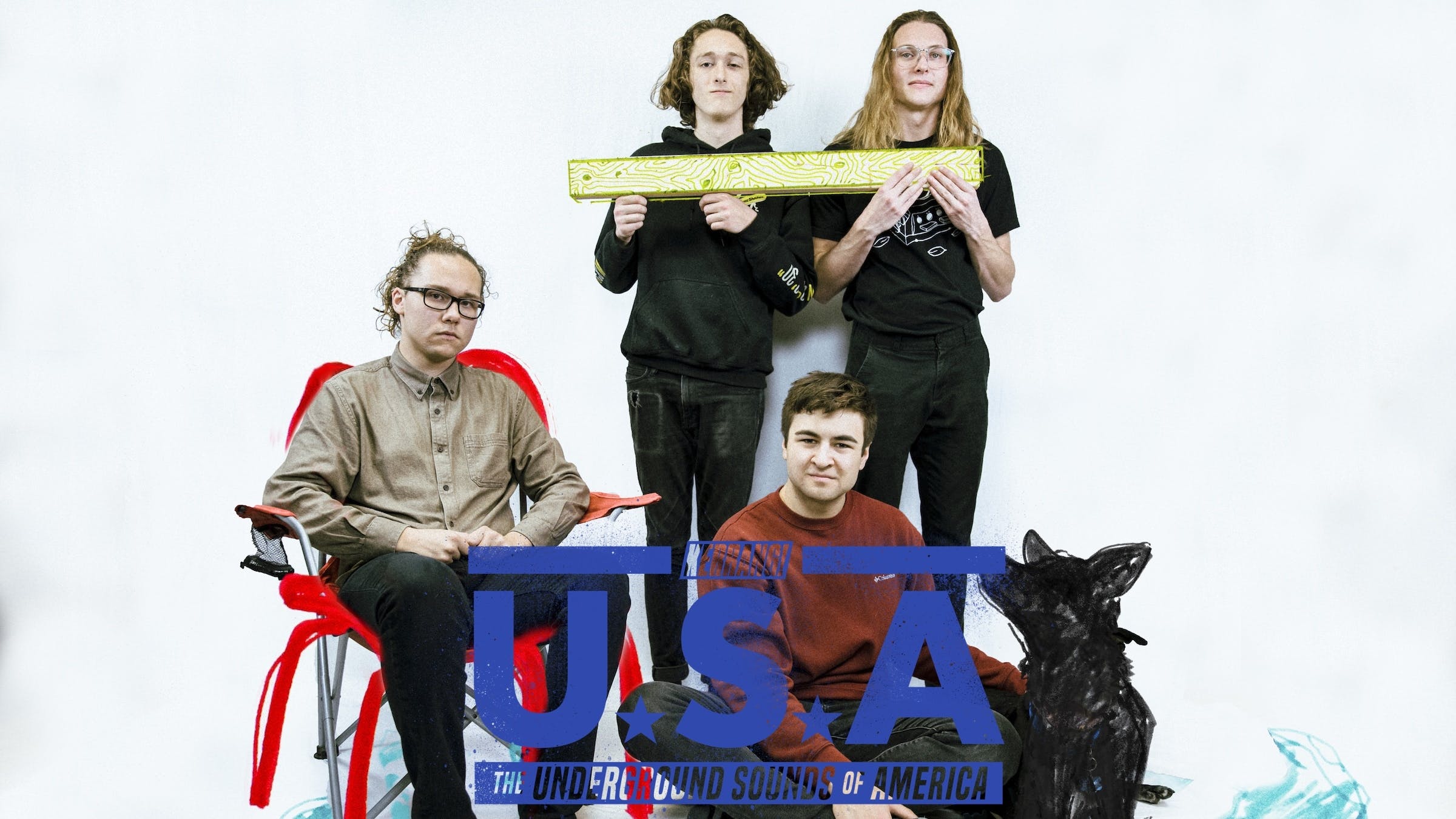 All it takes is one viewing of the Fox video for you to become a fan of Dogleg. That single by the Detroit, Michigan-based power-punk quartet is already a perfect mixture of smart kinetics and emotional ache, the kind of song that can absorb your entire world via your headphones. But to see them pouring their souls into it in front of sardine-packed crowds of young fans who know all the words gives vaults the track to a whole new level. It’s the kind of video that instantly makes you wish you were there, in that crowd, watching that band.

"The Fox video was just a compilation of live shots from us playing at Bled Fest, a festival in Howell, MI,” says guitarist Alex Stoitsiadis, who founded the band as a solo project in 2016. “We were playing Stage F, which was the smallest stage, and hundreds of kids packed in there for our set. It was absolutely insane and tons of fun, and we had a couple of our friends filming the whole thing. We were gonna put out a bunch of videos of the whole live show set but the audio quality wasn't great, so we made it into a music video instead.”

While Fox may give newbies an awesome entry point into the band, Dogleg’s debut full-length Melee lives up to the hope that the video inspires. Heartfelt yet focused, jaunty but meaningful, the album strikes a sweet spot of which so many punk bands only dream. Whether it’s the immediate crash of Bueno or the dreamy jangling of Wartortle, every song on Melee brings a resonant dose of humanity that almost always ends in a gutting crescendo. In this way, every one of Melee's ten tracks delivers exactly what the listener wants.

“We spent way longer on these songs and tried to very meticulously put them together,” says Alex. “We're extremely proud of how they ended up coming out, and we feel like it definitely represents us better than the EPs online. We love the EP songs, but we just play them much differently live and we prefer the live versions way more. Fans can expect some darker lyrics, orchestral sections, and an overall higher attention to detail with Melee.”

Unsure where we got the Dogleg shirt we’re currently wearing, we asked Alex about how his former bedroom band has become such a much-needed kick in the ass for modern punk.

1) If you had to play a newcomer one Dogleg song to introduce them to the band, what would it be and why?

For a quick song, Fox. For a longer song, probably Modern Language. Both of those songs go through all of our different sides and show off the majority of our dynamics as a band.

2) Who would play on Dogleg's dream tour?

If Fugazi or Crash of Rhinos ever reformed, I would die if we had a chance to tour with them. Maybe Tenacious D or Foo Fighters would be funny, but actually it'd be sick to tour with the Strokes, Modest Mouse, Jawbreaker or Jawbox or something. Those bands meant a lot to me when I was younger.

3) Would you say being from Michigan informs or influences Dogleg’s music, and if so, how?

I think it definitely kind of parallels with bands that are from Canada or the UK, cause the weather goes from mild or good to blustery and cold. I usually liked to relate to a lot of those indie and emo bands from there cause they had that sound that suited that environment. I'd like to think that the cold plays an influence on us in how we play, but not necessarily what we write about. I like thinking that sonically, we could definitely suit a soundtrack to a walk through a very snowy place as well as a very sunny place. Michigan seems to be versatile like that.

4) Dogleg started as a solo bedroom project -- what has becoming a full band added to it, or changed the most about it?

Adding a full band has definitely changed up the songwriting process and has definitely changed the songs themselves drastically for the better. I feel much more connected to the versions of the songs that we play live rather than the versions on the EPs that we have online, and I feel like the record definitely was an attempt to show that progression. When we write as a full band it is super collaborative -- I would usually bring in a main riff to start things off and then we would all collectively add more on top of that until we have something that we're really proud of. Plus, we're way louder and we can show much more energy, which is nice.

5) All of the songs on Melee feel super anthemic and driven. What're some important aspects of Dogleg's sonic momentum? What, in your mind, does a song need?

Tension. Without tension there is no release, and there is no sense of importance to the parts that you're hearing. We try to make sure that when we have are writing a song, there aren't any unnecessary parts and that there is enough dynamic range to keep the song interesting the whole way through. We try not to make a song that is entirely one thing or one feeling cause it usually gets pretty stale. Also, a song's message needs to be important. If you don't believe in what you're singing and don't feel it to your core, then it's not worth singing about.

Dogleg's Melee comes out March 13 via Triple Crown Records, and is available for preorder.