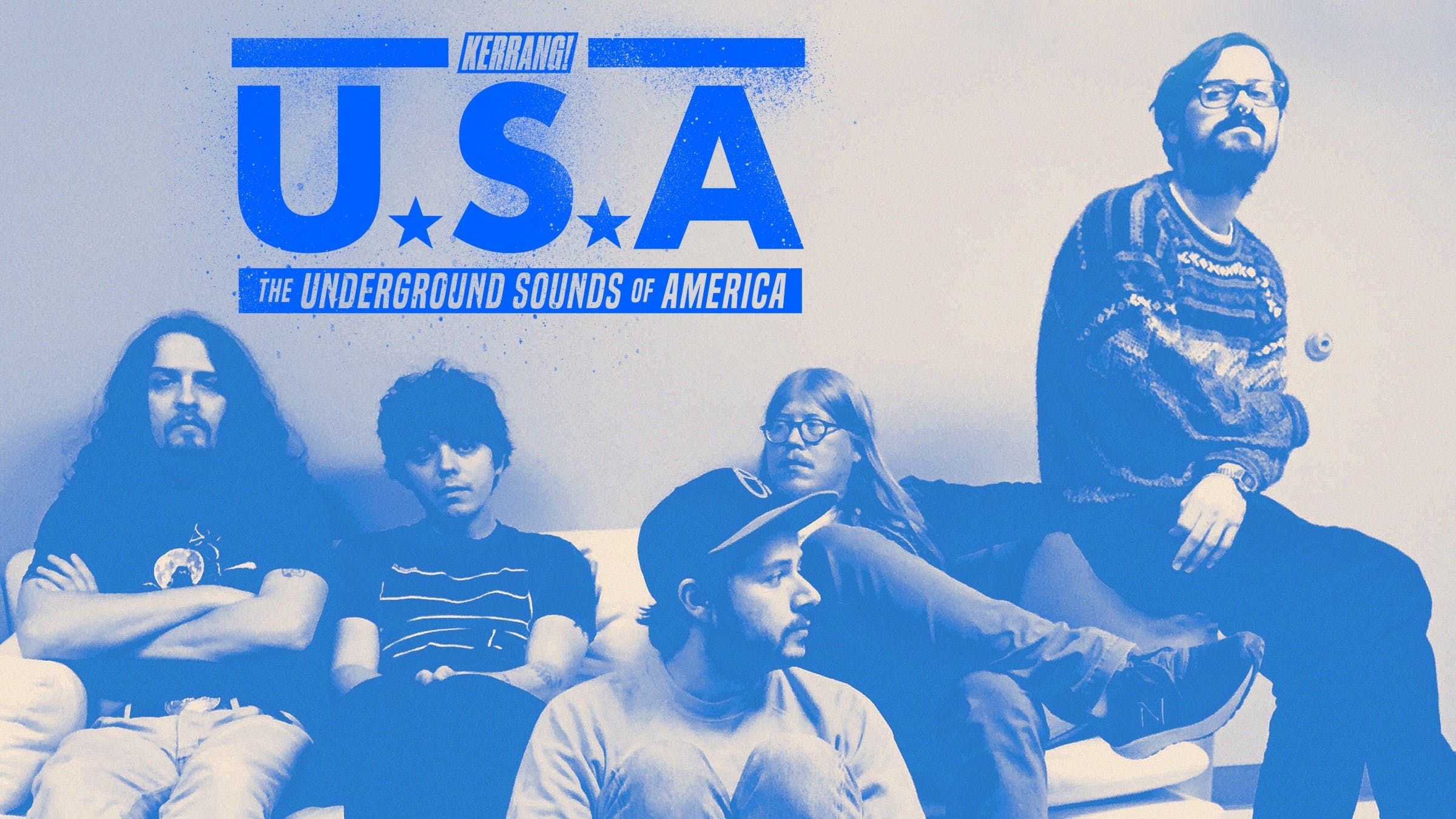 Some bands use elements or overtones of shoegaze, but Holy Wave go all in. The Austin-based quintet go in on their dreamy, fuzzy, far-out sound with all the irony-less dedication of a black metal band. The result is an immersive sonic experience that’s like a warm bath for the soul even at its most melancholy moments. But like many bands, Holy Wave’s sound came after years of development, with the band moving from shoegaze-tinged garage noise to the style they now champion.

“We’re all popheads at heart,” says the band. “In the beginning, we were in a garage, playing crappy guitars, through crappy amps, and maybe our pop sentiments didn’t really come through as much. Over time we’ve developed our ability to take the music out of our brains and put it in yours, the way we really envision it.”

Holy Wave’s newest psychic vision is Interloper, their fourth full-length album. Seething with shimmer and dripping with chill sentimentality, the record is a hard declaration of the band’s further descent into all things hazy and heartbreaking. Not that the record’s entirely made up of 10-minute sway-fests -- a track like single I’m Not Living In The Past Anymore has an upbeat tempo and a laid-back cheer that’ll have listeners wiggling around their room in glee -- only that it’s an unapologetic exploration of what the band are trying to do, without worrying about pleasing everyone.

“This is the first record where all of us sang lead vocals on a song,” explains the band. “We got into a bit of uncharted territory on Escapism with the Elektron RYTM drum machine, which we were very pleased with. The studio we recorded at is called Scary American and our friend Charles Godfrey who runs the spot has a bunch of cool stuff to work with. So I guess in turn we were able to kinda try new stuff in our songs that we haven’t been able to in the past, mainly synths like the old Juno and the CS10. Fun stuff.”

Sinking into the delicious sonic quicksand, we asked Holy Wave what it’s like being an emerging band from one of music’s biggest cities in a most unusual time.

1) If you had to play a newcomer one Holy Wave song to introduce them to the band, what would it be and why?

Probably I'm Not Living In The Past Anymore. Just give 'em a fresh start, ya know? Plus, they probably aren’t living in the past anymore either, so we’re bonding.

2) Does being from Texas influence or inform your sound, and if so, how?

I think being from Texas is a big part of our identity as people and musicians because Texas feels, in a lot of ways, like its own world that’s separate and different from a lot of the rest of America. Which can be kind of a lonely feeling, but it’s that feeling that drives us to make music and see the rest of the world and represent Texas. Which is something that we’re very proud and honored to do.

6) What is it about Interloper that you're most excited for your fans to hear?

I think Interloper really represents us and how we feel right now, and I think it will be easy for listeners to relate to it emotionally.

4) What are you most passionate about outside of music?

We’re all passionate about food. We all work or have worked in restaurants and we all love to cook and love cooking with friends.

5) What is the vibe in Austin in the wake of COVID-19 and the SXSW shutdown? Austin is a city that thrives on live music -- what's it like having that industry put on hold?

As a band, the cancellation is a real bummer, obviously. As service industry workers, it’s devastating. Everyone in the world is feeling this right now, but I think the 'vibe' in Austin right now is that everyone who plays in a band probably works in the service industry, so not only did all of our shows get cancelled, but our jobs are cancelled too. Tough times, but we’re resilient.