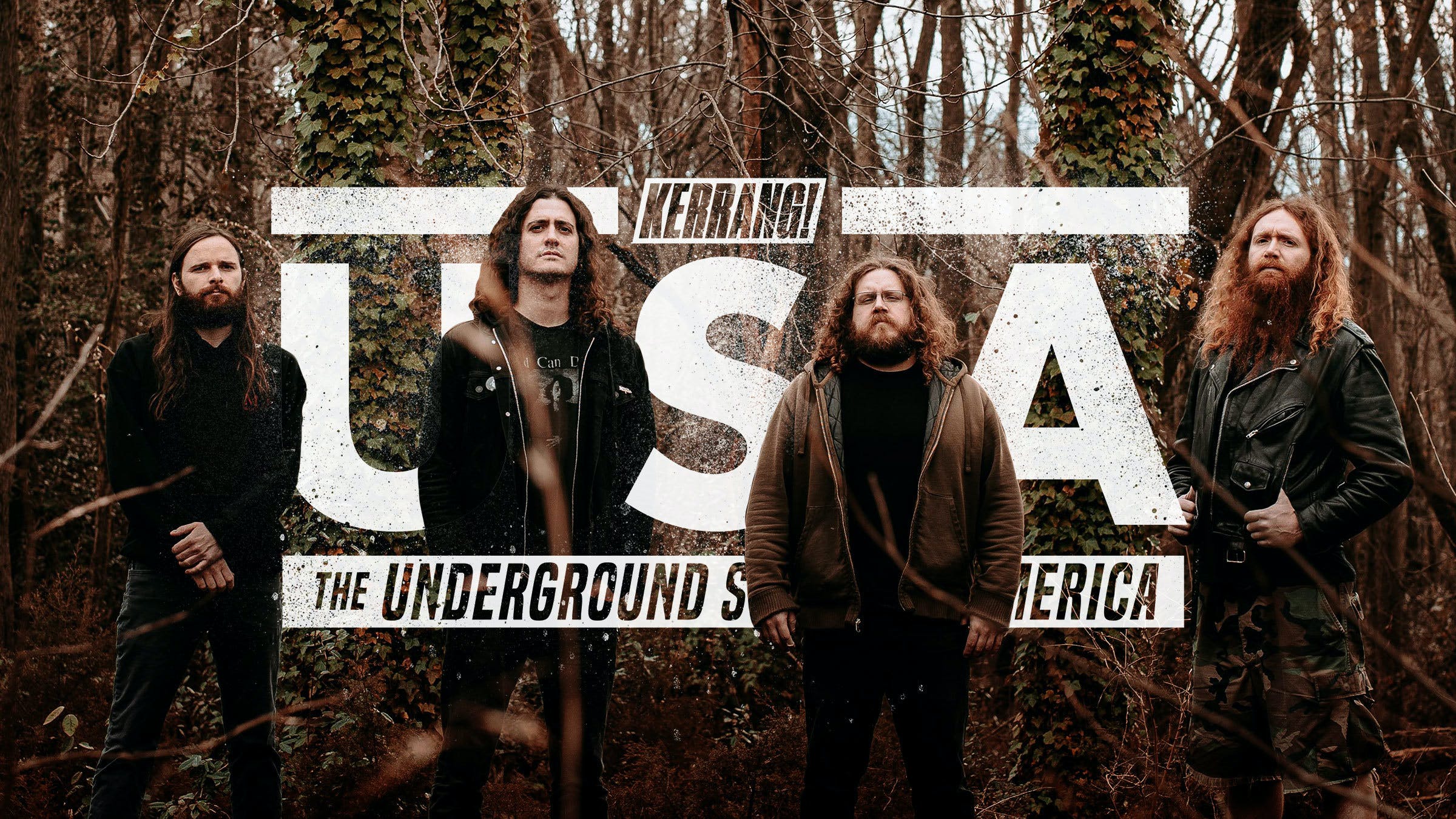 What Inter Arma have down to a science is the glorious crash. Over four awesome albums, the Richmond, Virginia, quartet have mastered the epic doom crescendo, using eerie guitars and bare-bones percussion to slowly creep up on towering tidal waves of sludge and post-metal that give the listener a sense of explosive catharsis. The result is sweeping long-form tracks that give the patient listener a reward that’s both epic and deeply satisfying.

“You gotta have light AND shade,” says the band when asked how what goes into a successful crescendo. “Listening to a band play loud ALL the time is boring unless you’re Aura Noir, and we ain’t.”

But there’s more than just giant drops to Inter Arma, as evidenced by the band’s upcoming fourth studio release, Sulphur English. Full of paranoid dissonance and urgent, slow-burning panic, the album blurs the lines between Inter Arma’s soothing and scathing aspects. On tracks like Stillness and Blood On The Lupines, the band still gives fans their patented backwoods rise and burst, but songs like Howling Winds and The Atavist’s Meridian also show them steadily scorching the earth throughout.

It makes sense, listening to Sulphur English, that Inter Arma moved away from the colorful psychedelic art of 2016’s Paradise Gallows this time around, instead going with a cover featuring a tree engulfed in raging flames.

“We didn’t want to do any sort of drawn, painted, computer animated, whatever art for this cover, because everyone does that,” says the band. "So we wanted opted for a photograph.We thought this conveyed the overall sound and mood of this record.”

Impatient for the drop, we asked Inter Arma what sets their souls on fire...

1) If you had to play a newcomer one Inter Arma song to introduce them to the band, what would it be and why?

Sulphur English, because it’s a solid representation of what we do all rolled into one big 12-minute ball of shit.

3) Who would be on Inter Arma’s dream tour?

Danny Brown, Kendrick Lamar, Run the Jewels and E-40 would do “Choices” in between every set.

4) How much did the band’s sound or approach change between Paradise Gallows and Sulphur English?

Not too much. We’re still just trying to write the best songs that we can and grow as musicians. Pretty much what we’ve tried to do from record to record.

5) What’s the worst thing that’s ever happened to you on tour?

Our old bass player Tommy got robbed at gun point in Nashville but all that happened was they took Dirt’s flip phone and Tommy’s Taco Bell gift card.