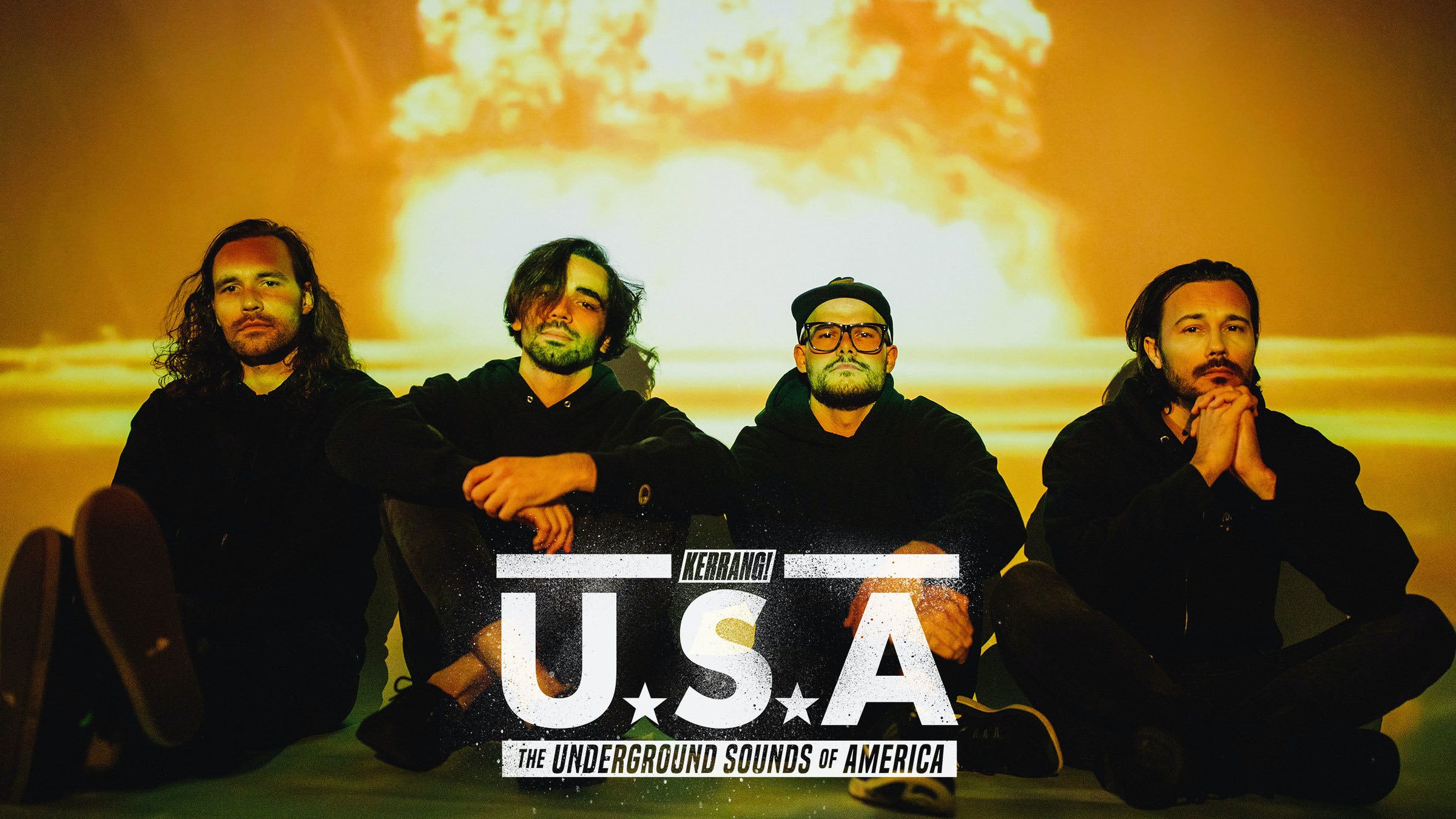 If Microwave were a photo, it would be blurry and burnt at one edge. The music made by the Atlanta, Georgia-based quartet undulates between despondently beautiful and judgmentally heavy, with shimmering verses leading into furious choruses and thundering breakdowns giving off human honesty like radioactive fallout. It's a searing, vulnerable type of hard rock reminiscent of acts like Nirvana and The Smashing Pumpkins, only with a more vengeful overtone.

Ask vocalist/guitarist Nathan Hardy, though, and this mixture of pretty and punchy is fundamental to what these guys do.

“Microwave has always been a sort of split-personality disorder project,” says Nathan. “One of my longtime favorite bands is Ween and I've always appreciated the idea that you don't have to try to maintain the same sound all the time. It feels more genuine to me to not always just be displaying one side of yourself. But I also love cohesive records, and occasionally regret that we probably aren't a shining example of that. Neither the dark songs nor the more positive ones are any harder to write. What comes out comes out.”

READ THIS: The Underground Sounds Of America: Tennis System

The band’s upcoming new album, Death Is A Warm Blanket, certainly takes that cathartic approach. Tracks like The Brakeman Has Resigned and Mirrors feel like the draining of an emotional cyst. The title also implies a hopelessness that equates comfort and oblivion, and was inspired by a song lyric driving home just that concept.

“I don't know when I first thought of that title and why, but I've always loved the lyric from the Heavy Heavy Low Low song Giant Mantis vs TURT nip, ‘It's the sun that's making me smile/Fell asleep in the warm, warm sand/I don' t think I ever wanna awake up again,’” says Nathan. “I can relate to that. I've also had a lot of old friends and people that I look up to die from opiates over the last several years.”

Having wiped the tears from our cheeks with raw, bleeding knuckles, we spoke to Nathan about who the hell Microwave think they are anyway.

1) If you had to play one Microwave song for a newcomer to introduce them to the band, what would it be and why?

It would depend on the person and what I thought they were into, but I'd probably say Float To The Top or Mirrors from the new record. They seem like a pretty good summary of where we're at as a band right now.

2) Who would you say are Microwave's five biggest musical influences?

3) Does being from Atlanta influence Microwave's music, and if so, how?

I think it does. There have been a handful of bands in the southeast here who clearly have some influence from late 2000s records of high-energy indie rock bands like Manchester Orchestra and Colour Revolt who are from the south and captured something special about it. It's that 'I learned to sing at a protestant church' vibe. I don't think Manchester Orchestra hits in other places the same way it does in Atlanta. Neither do Outkast or 2 Chainz.

4) What's a time everything has gone terribly wrong or miraculously right (or both) for you at a live show?

The second year we played Wrecking Ball, I dislocated my shoulder at the end of our set while punching my guitar like an idiot. I had to go to the emergency room to have a doctor put it back in and they gave me some sedative that made it so I didn't remember anything that happened for the rest of the day. We played an aftershow that night with Free Throw and Tiny Moving Parts at Aisle 5in Little Five Points. I don't remember playing at all, but I've heard we played just fine.

5) Your track Float To The Top has an interesting dichotomy -- it includes lines like, 'Can't yell as loud as I used to yell,' even as you yell it loud as hell. What fed into that song's lyrics and attitude?

I had a really low point after I had surgery on my shoulder where I couldn't work and I was weak recovering from the surgery and started getting heat-induced vertigo, and then had five sinus infections in a year while we were touring pretty heavily and working on the record. I also had no money and wouldn't have been able to pay for my surgery if Musicares hadn't helped me out. At the same time, I watched a lot of the more social/cultural elements of our music scene kind of go to shit as everyone started polarizing and hating each other. It just felt like everything about what I was doing wasn't sustainable or even worth sustaining. I started running and I feel better now.

Microwave's Death Is A Warm Blanket drops Friday, September 13, via Pure Noise Records, and is available for preorder.

Just when you thought their biggest ever tour couldn't get any bigger, it does!