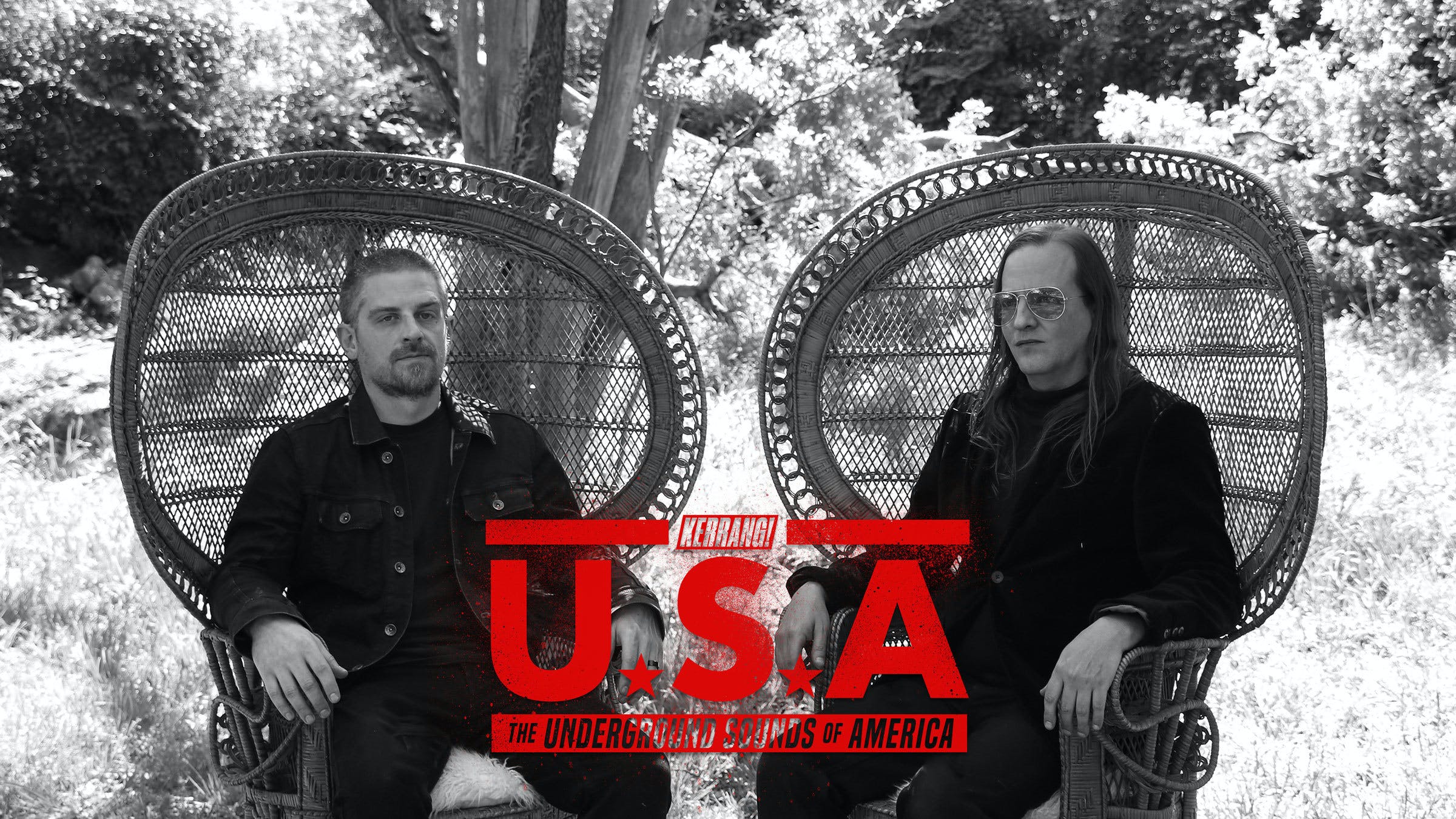 “Our music is kind of a hard sell, because it’s not super easy to describe. But we do our best to make it accessibly weird.”

That’s Daron Beck, vocalist and synth scientist for Texas two-piece Pinkish Black, talking about his band’s unique sound. He’s right -- it’s not easy to describe -- but the phrase sci-fi synth doom might come close. Or maybe imagine a collaboration between John Carpenter and Rush. Or if Pinkish Black’s labelmates -- and fellow synth/drums duo -- Zombi had vocals, and hit the brakes more often. Maybe that'd be it.

The electronic music micro-genre known as vaporwave might also offer a few clues. “I got turned onto vaporwave a few years ago and when I heard it, I thought, ‘Oh, this is kinda what we’ve been doing all along,’” Beck says. “It’s taking normal pop music, slowing it way the hell down and adding a ton of effects to it. So I was really taken aback that Internet kids are doing it now. We’ve been doing this for a long time -- but live.”

However you describe them, Pinkish Black originally formed in 2005 in Fort Worth, TX, under the name The Great Tyrant. At the time, Beck and drummer/synth stylist Jon Teague were joined by bassist Tommy Atkins. When Atkins committed suicide in early 2010, Beck and Teague took two years to emerge from what Beck describes as “a drunken stupor” before reforming as Pinkish Black. “We’re not a two-piece band by choice,” he adds. “We were kinda forced into it.”

The duo’s fourth and latest album, Concept Unification, is an ominous and dreamlike journey through the sinister world of commercial propaganda. We recently spoke with them to find out more.

1) What’s the story behind Concept Unification? Are the songs linked together thematically or lyrically?

Beck: Yeah, it’s about being sold something that’s “new and improved” but isn’t new or improved at all. That’s kind of where we’re at in the world right now, I feel like. There’s no more taste—there’s just tastemakers. The phrase itself is just business jargon. It’s that Edward Bernays thing of “selling the sizzle.”

2) If you had to play a newcomer one Pinkish Black song to introduce them to the band, what would it be and why?

Beck: Everyone seems to like Ashtray Eyes a lot, so I’d probably play them that if they didn’t know where we were coming from. It’s not especially Pinkish Black, it’s more like especially Duran Duran, so maybe that’s why it’s an easier sell than some of our other songs. [Laughs]

3) You released a video for your new song Dial Tone, which is an especially ominous and almost sensual tune. What’s it about?

Beck: We’re a very un-sexualized band as far as where the music comes from, but there’s a definite sultriness or smokiness about that one. [Laughs] The song is about how kids, soon enough, won’t know what a dial tone is. That was a sound you used to hear everyday, and now it’s not there anymore. It was very unintentional that our video is just us sitting there watching a phone burn, but that’s all anyone does now—just sit there and watch their phone. It’s a different world than what we come from.

4) What are the pros and cons of a two-piece band?

Teague: Well, it’s easy to discuss things because you only need to get two people in the same room. But as far as being able to execute ideas or drive long distances, it’s definitely more difficult with just two people. And loading equipment sucks when you still have four people’s worth of gear.

5) Is there anything uniquely Fort Worth-ian or Texan about Pinkish Black?

Beck: Oh, yeah -- for sure. There’s a pretty real vibe to people around here. There’s not a lot of bullshit. Everyone seems to be a little older -- and stoned. We also end up playing with all kinds of bands -- there’s not a lot of scene division between us and rock'n’roll bands or country bands. They’re all our friends. We’re very proud to be from here. Our last album had the Fort Worth skyline on it, so we’ve got a lot of hometown pride.

Stream Pinkish Black's Concept Unification below before its release this Friday: