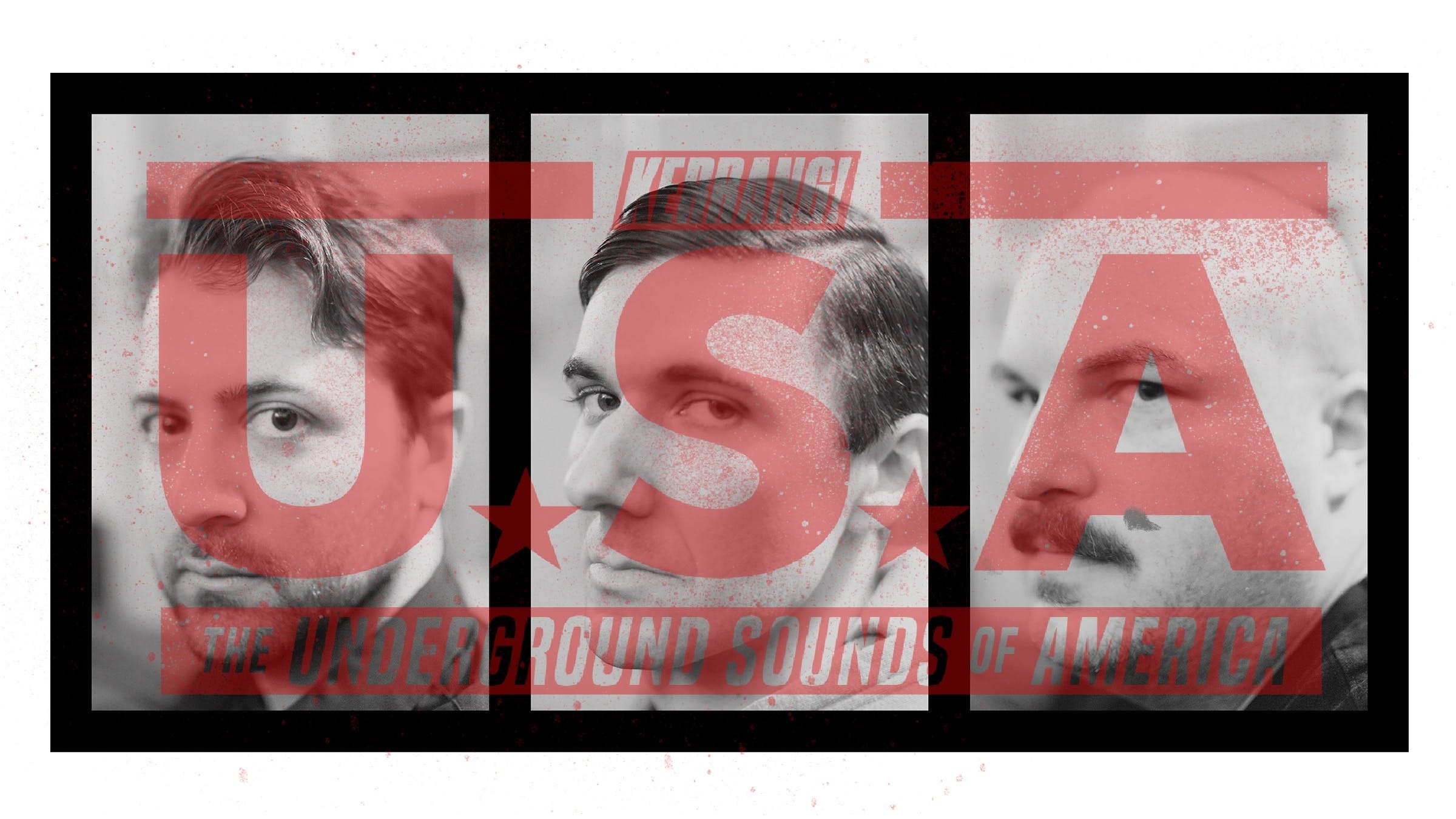 It's hard to imagine Psalm Zero as coming from anywhere other than New York City. The band's metallic side has all the arch, corrugated metal punch of the city's hardcore, groove metal, and industrial forefathers like Prong and Biohazard. But it's also their disparate, unorthodox influences along the way -- the dissonance of noise rock, the shadowy ache of goth, the urgency of alternative -- that set them apart from the average chug merchants. It's that combination which makes the band unique and yet firmly entrenches them in the attitude and culture of the Big Apple.

"I live in LA now, and I’ll be here for a while, so we’ve become a long-distance band, but New York will always be what I am," says Psalm Zero svengali Charlie Looker. "I grew up with Keith [Abrams, drums]. I played my first actual gig with him, when we were 13. And Ron [Varod, bass] is from Jersey (close enough). New York had a huge lyrical influence on the last record (Real Rain and Hunchback both directly reference the city). That record was straight-up hometown tales. But this new record has returned to a more universal, macroscopic, philosophical view, outside place (though not outside time). It’s more like the first record, in that way."

The new record in question, Sparta, sees the band diving into deeper sonic pools. Some of the band's grinding, stark industrial sound has been traded for a yearning doom metal vibe, with added layers of synth bringing ecclesiastic textures to the compositions therein. Strangely enough, though, though the album might feel less agitated and warlike than its predecessors, it's title might suggest that it was written as such in reaction, rather than tribute, to the chaotic times we all currently live in.

"Much of the album is about anxiety about moving toward a future that is colder, more war-like, more violent and tribal than what I’ve seen in my lifetime," says Charlie. "The Spartans practiced negative eugenics (killing frail or disabled babies) to weed out the weak, and breed the strongest warriors. Civil war in America, and World War 3, are obviously on the table right now, but there are also other brutal futures to consider, like artificial intelligence and nanobots euthanizing everyone with IQ less than 100. Who knows what the good Lord has in store for us."

Before watching the exclusive stream of the band's new video for The Last Faith, we asked Charlie what goes into Psalm Zero's daily prayer.

1) If you had to play a newcomer one Psalm Zero song to introduce them to the band, what would it be and why?

I would probably go with Sparta. It has the metal and the pop elements balanced really well. And it has kind of a martial, marching feel to it, so it’s a good bridge between the older drum machine PZ material, and the new record’s live drum stylings.

2) Who would you say are Psalm Zero's five biggest musical influences?

As an artist in general, I have millions of influences, from Medieval music to free jazz. But as for Psalm Zero specifically, I’d list Katatonia, Godflesh, Warning, Alice in Chains, and Depeche Mode

3) It seems like this album has less of the overdrive and harshness of Stranger To Violence, especially in the guitar sound -- what inspired that?

Hock always favored a more buzz-saw guitar sound. It served some of the older songs well, but in many of them, it really muddied the riffs, especially the ones I wrote. I was listening to Deathspell Omega and, even though it’s obviously a whole different style from PZ, I was influenced by how they roll the distortion off quite a bit, so the complex harmonic colors of the riffs can shine through more clearly. Aside from guitar tone, the album’s overall warmer, less-harsh vibe probably just comes from the fact that I’m doing a million times better in my life that I was 4 years ago. The subject matter I’m considering is grim, but now I’m responding to it, rather than participating in it and embodying it.

4) How was working with Kristin Hayter on Return To Stone? What does she bring to the table that you appreciate?

Kristin was a true joy to work with. We laid down the instrumental tracks, and I gave her the minimal lyrics. She wrote the entire vocal part, so it’s a collaboration on a real compositional level. I love her music because it channels the most savage brutality through a masterful, musician’s control. The horror is rendered so disturbing through the nuance of her craft. But on our track, I loved that she did a clean-vocals-only approach, because the music and lyrics aren’t violent. It’s more of a solemn, darkly spiritual thing. Terror, but in the sacred, humble, fear-and-trembling sense.

5) You're about to head out on tour with Kayo Dot -- is there a city or area that you feel really GETS Psalm Zero?

I’m psyched to return to Nashville after some years. There were some serious listeners there, people who had also followed my previous bands, Extra Life, even Zs. We’ve never played Philadelphia, and I have a feeling that’s going to be a vibrant show. It’s a great heavy music town, and we’ve been getting messages from Philly people for a little while. I’m psyched to deliver.

Check out our exclusive premiere of Psalm Zero's The Last Faith below:

Psalm Zero's Sparta comes out February 27 via Last Things Records, and is available for digital preorder.