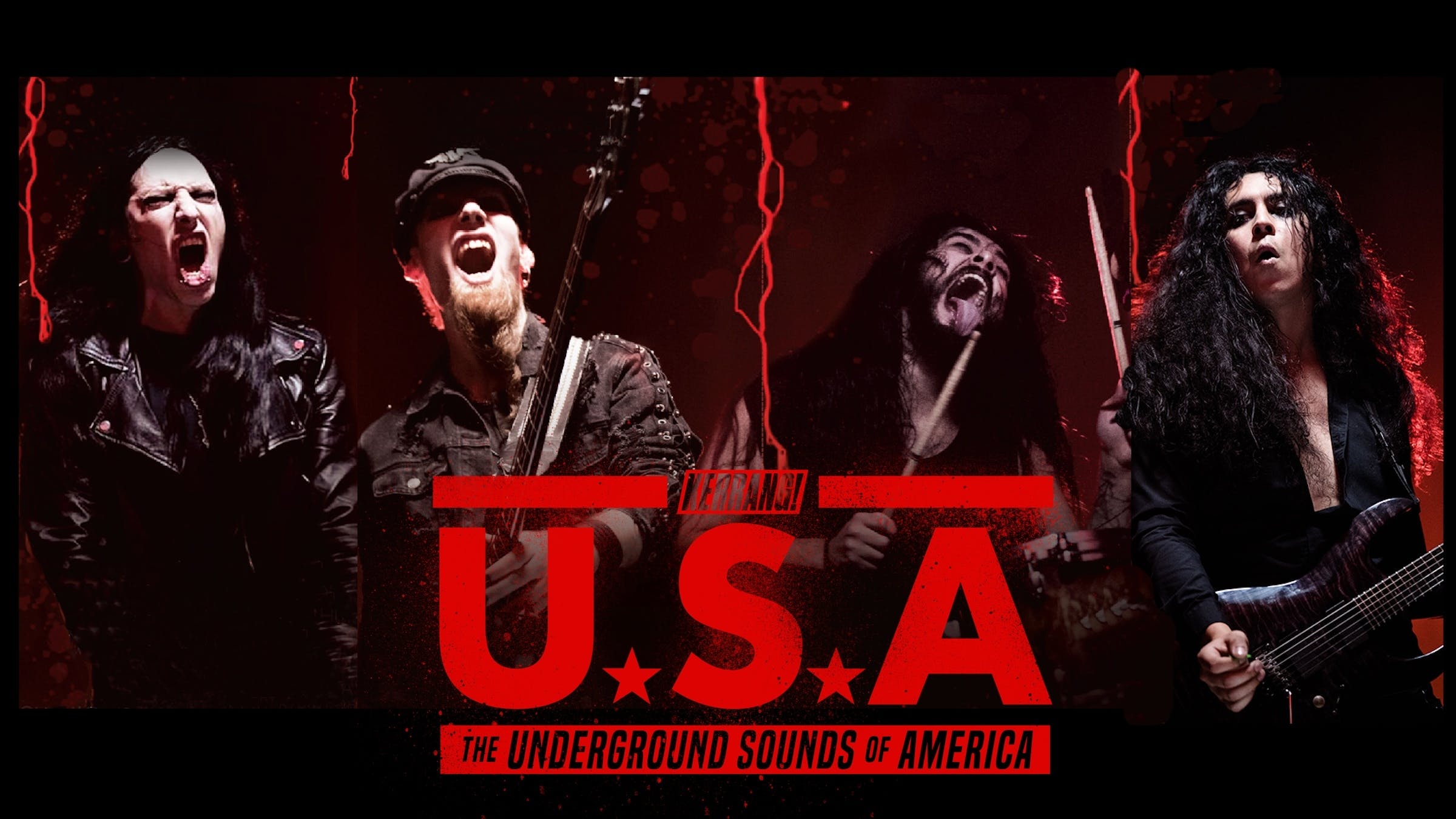 Out of the gate, Vile A Sin have everything you want from a horror metal band -- pulsating riffs overlaid with eerie spookshow harmonies, sneering vocals about blood and darkness, and stomping rhythms perfect for repeated stabbing motions. The resulting music pulls from various traditions like goth, sleaze, and nu-metal, but has that distinctly grindhousian vibe that makes it the perfect soundtrack for the late-night creature feature. Perhaps it was this quality that inspired Glenn Danzig to specifically choose the Los Angeles quarter for the soundtrack of Verotika, his debut horror film that’s quickly becoming a cult classic.

“From what we were told, Glenn hand-picked not just one but two of our songs from a long list of artists/songs that Cleopatra Records submitted for the film,” says bassist Marcus Jonasson. “Pretty incredible. Danzig clearly knows his stuff and it's known that he's not the type to settle for anything that's not up to his standards.”

Above: Marcus and vocalist Sean Vertigo with Danzig at the Cleopatra Records office.

The band’s 2019 album Blood Fiend certainly feels like a shoe-in for Danzig’s macabre sensibilities. Not only does the record feature songs about bloodlust and skin-wearing -- both topics explored in the three segments of Verotika -- but its tireless slasher-march make it an obvious choice for backing such a gore-drenched film. The video for Vile A Sin’s Crimson Lust doubles down on their dark obsessions -- produced by the band, it features the band being murdered one after another by a demonic succubus. According to Marcus, the experience was nothing but a pleasure.

“Originally we started out with a concept of wanting to make a music video that was basically a short horror film,” he says. “The idea of the band all being killed off in some sort of a bloody way was the birth of the concept. So we put together a team of some killer filmmaker friends of ours and every single one of them just brought their A-game to the table. The video was actually shot in an huge abandoned grocery store, we just dressed up certain areas like the butcher room became our morgue and the meat freezers became our captive cell. On the day of filming, it rained like crazy and we were fighting the clock, so some things got left out and some things got altered. But at the end of the day there was so much blood to be cleaned we all knew we completed what we set out to do!”

Ready for a scalding-hot Bathory shower, we asked Vile A Sin what led them down the left-stump path.

1) Who would you say are Vile A Sin's biggest musical influences?

And tons of embarrassing ’80s metal!

2) If you had to play a newcomer one Vile A Sin song to introduce them to the band, what would it be and why?

Marcus Jonasson (bass): Carnival Of Souls. It has all our main elements. Good riff, strong chorus, and killer solo!

MJ: How ’bout a Vile/Ministry/Metallica tour ?

Sean Vertigo (vocals): This could go so many ways for me, but I would definitely say VILE/Manson/Alice Cooper, would be killer though.

4) Do you feel like being from LA informs you guys' sound, and if so, how?

MJ: For me personally, no – I'm Swedish. I'm more influenced by European bands. Sean, on the other hand, grew up singing in punk/metal bands around the LA area, so for him probably yes. But if anything, I think we try not to sound like like your typical LA band.

SV: Definitely -- I feel the LA sound I grew up on was deep rooted with thrash metal, and you can find a lot of those elements in Vile A sin.

5) If Vile A Sin could write their own original score to one horror movie, what would it be?

MJ: We all really admire horror films from all eras, and there are almost too many to name that would be fun to work on, but the classics always win with us. Even though we love the Goblin version, I think we can safely say: Suspiria.

Vile A Sin's Blood Fiend is out now on Cleopatra Records.