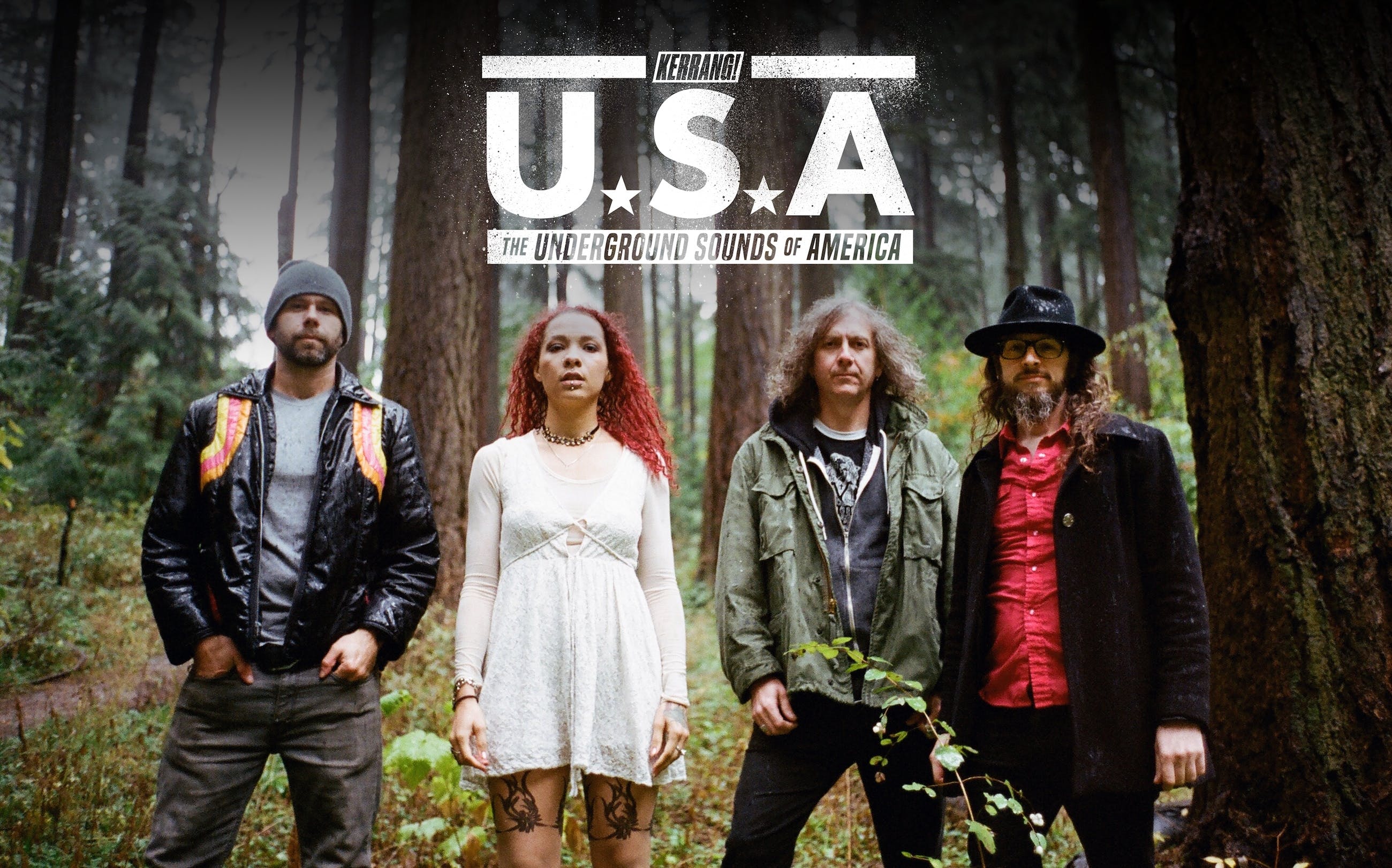 Welcome to the first installment of USA: The Underground Sounds of America, our brand new series that shines a spotlight on the most underrated rock, metal, punk, and hardcore bands in the United States. Each week, we’ll ask one band member to answer five unique questions so you can get to know them better. Because if you aren’t already a fan of the artist featured below…you should be.

Few bands can claim a history as long and winding as Witch Mountain can. Over the course of two decades, the traditional American doom metal outfit has slalomed its way through plenty of members, record labels, and broken-down vans by the side of the road. But with its fifth full-length, the powerful self-titled Witch Mountain, the band has never before sounded so confident and fully formed. Witch Mountain has finally arrived.

A clear culmination of all the band has produced thus far, the album features the best songwriting of founding guitarist Rob Wrong’s career. And while he and co-founding member Nate Carson (drums) remain the heart and soul of Witch Mountain, 2015’s induction of Justin Brown (bass) and Kayla Dixon (vocals) solidified the band’s strongest and most stable lineup to date. Not only has the current group performed more live shows together than any other iteration, but Brown’s basslines are notably rock-steady, and Dixon’s equally soulful and ferocious vocals take the songs to unchartered depths of heaviness and passion.

Witch Mountain isn’t only vital for its music: As the founder of Nanotear, drummer Nate Carson also happens to book shows for dozens of underground metal bands from Portland and beyond (including YOB, Monolord, Coven, Amenra, Ufomammut, and the great Bill Ward of Black Sabbath). We caught up with the doom metal progenitor and asked him five burning questions to get inside that slowly banging head of his.

1) First off, can you please tell us the five most metal things about you?

2. I was a hardcore Dungeon Master who met Gary Gygax at the national convention in ’88.

3. When I was in high school, my first ever band DSL (LSD backward aka Devil Satan Lucifer) got me on a local police list of ‘suspected Satanic dabblers.’

4. Witch Mountain has played with Candlemass and Blue Oyster Cult.

5. I share a birthday with Glenn Danzig, and he personally invited us to play his Blackest of the Black tour.

2) What's going on in the Portland metal scene today, and how do you feel Witch Mountain fits in?

There’s no city I’d rather live in, but there has always been a huge disconnect between the metal scene in Portland and the local music scene at large. The big entertainment weekly here didn’t bother to write up our record release show. If an indie rock band from Portland was celebrating its 20th anniversary while being lauded by Pitchfork and NPR, you can be certain that they would have been featured.

And yet: there are metal shows here seven nights a week – most well attended. There’s a great community for loud sounds here, though it does tend to be splintered by subgenre allegiances. Witch Mountain has a weird grandfather status here because we started in the '90s when no one here dared to play heavy metal. We were the first ever doom band from Portland, formed from the ashes of Rob’s previous (very heavy, down-tuned sludge) band Iommi Stubbs.

3) What's the worst experience you've ever had on tour?

It was the day I toured into SXSW to run a Nanotear showcase back in 2011. I had put together a staggering lineup with YOB, Agalloch, Witch Mountain, Amber Asylum, and Wizard Rifle. Witch Mountain toured from Portland to Austin carrying Agalloch’s back line -- which was all the gear for the bands who flew in to play my showcase. We drove overnight across Texas in order to pick up YOB at the airport the morning of the show. After we dropped the YOB dudes off at their afternoon showcase, we headed to deliver the gear to the venue hosting my show, and in rush hour traffic, the new rental van died. We had to get a special tow truck that could handle a van and trailer. We loaded the entire back line by foot, five blocks to the venue.

To make matters worse, our sound guy for the event missed his flight, and was stranded in Denver for days. So the poor kid who had already been doing sound all day at our venue had another six hours added to his shift. The show itself went great, but I was pacing around trying to deal with the van, hotel bookings, and assorted details for the seven clients I had on-site simultaneously. There was one moment where I actually thought about just picking a direction and running as long and far as I could.

Fortunately, during Witch Mountain’s set, I was able to tune out the noise and just focus on playing. It was cathartic. And contrary to the experience of most bands who play SXSW, that performance actually did lead to us being signed, because it was the first time Chris Bruni of Profound Lore saw us live.

4) Can you name the band's five greatest musical influences?

5) What is the secret to keeping a metal band going for over 20 years?

For us, not signing some of the ‘deals’ that have been waved in our face was a big part of it. We tore up a sizable check pretty early on because it was attached to a sixty-page contract. So in many ways, it’s frustrating that Witch Mountain hasn’t ever been promoted harder -- but in the long run, we own all our material, we are captains of our own ship, and we are free to do what we want, when we want. We have always tried to learn from others’ mistakes, rather than making our own.

The other struggle is the long-term relationship between me and Rob, because we’ve been at this since 1997 and we are basically brothers. Luckily the love and respect is strong, and we totally believe in the power of rock.