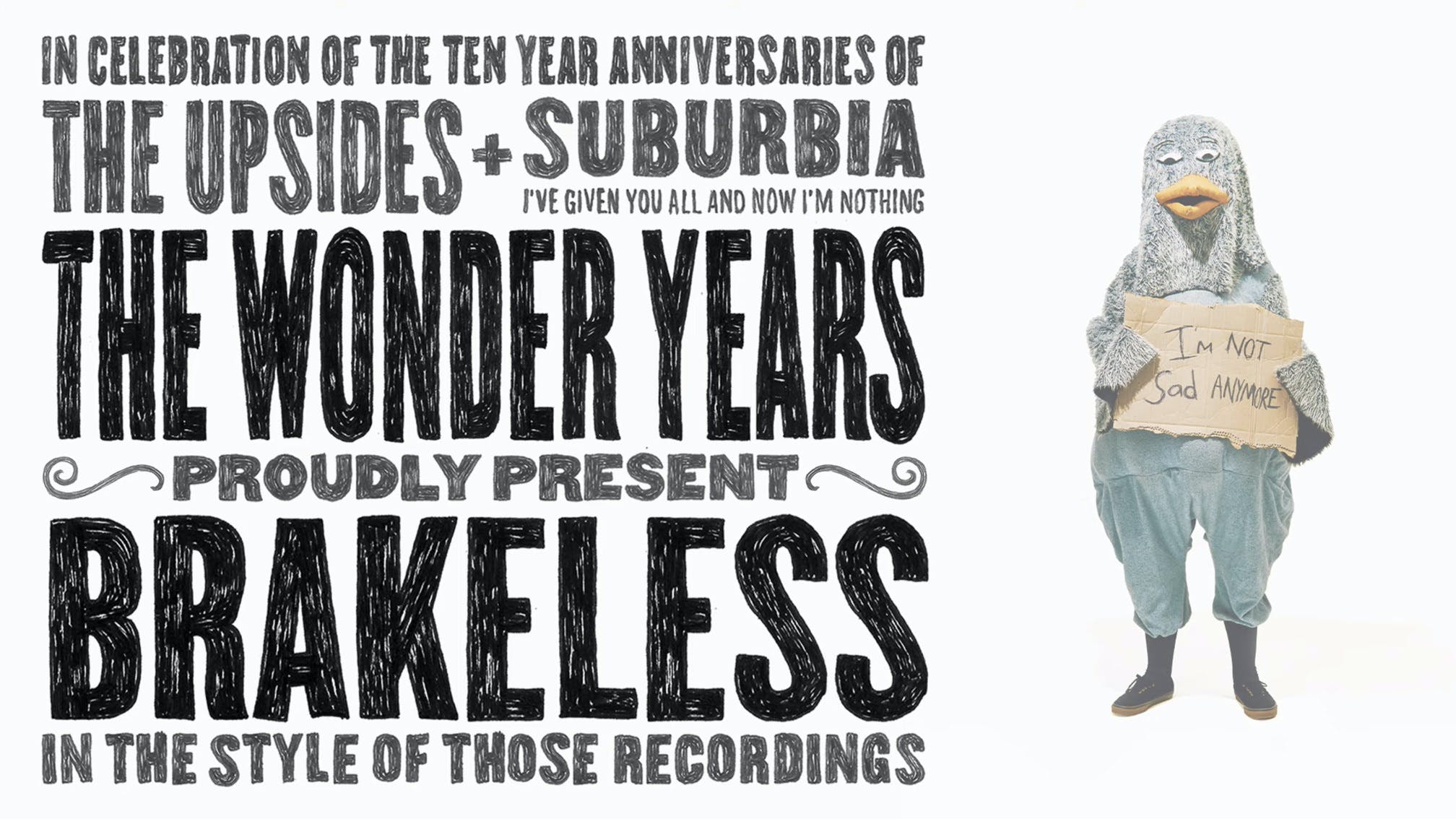 Pop-punk kings The Wonder Years have unveiled a brand-new song, Brakeless, as a 'thank you' to fans who registered to vote on National Voter Registration Day.

The Philly six-piece announced their plans for the song last month, asking for 1,000 new voter/voter actions by October 20 in order for them to release it. Having smashed the target, they've now shared the new track – which was written and recorded in the style of their 2010 breakthrough LP The Upsides.

"I was going through old hard-drives full of demos and voice notes when I stumbled onto an idea I had that never got brought to the band," explains frontman Dan Campbell, to which he then asked himself, "What if we tried to go back and write songs that sounded like those records? What would that sound like?"

Brakeless is reportedly one of two new Wonder Years tracks that the band penned to celebrate the anniversary of both The Upsides and 2011 follow-up Suburbia I’ve Given You All & Now I’m Nothing. Fingers crossed we'll hear the second one soon, then…

In the meantime, stream Brakeless below:

Next week, The Wonder Years will be performing Brakeless along with 'duelling' blink-182 cover sets for their annual Halloween extravaganza – this particular year's being a livestream, obviously. Grab your tickets and merch bundles now at this link.