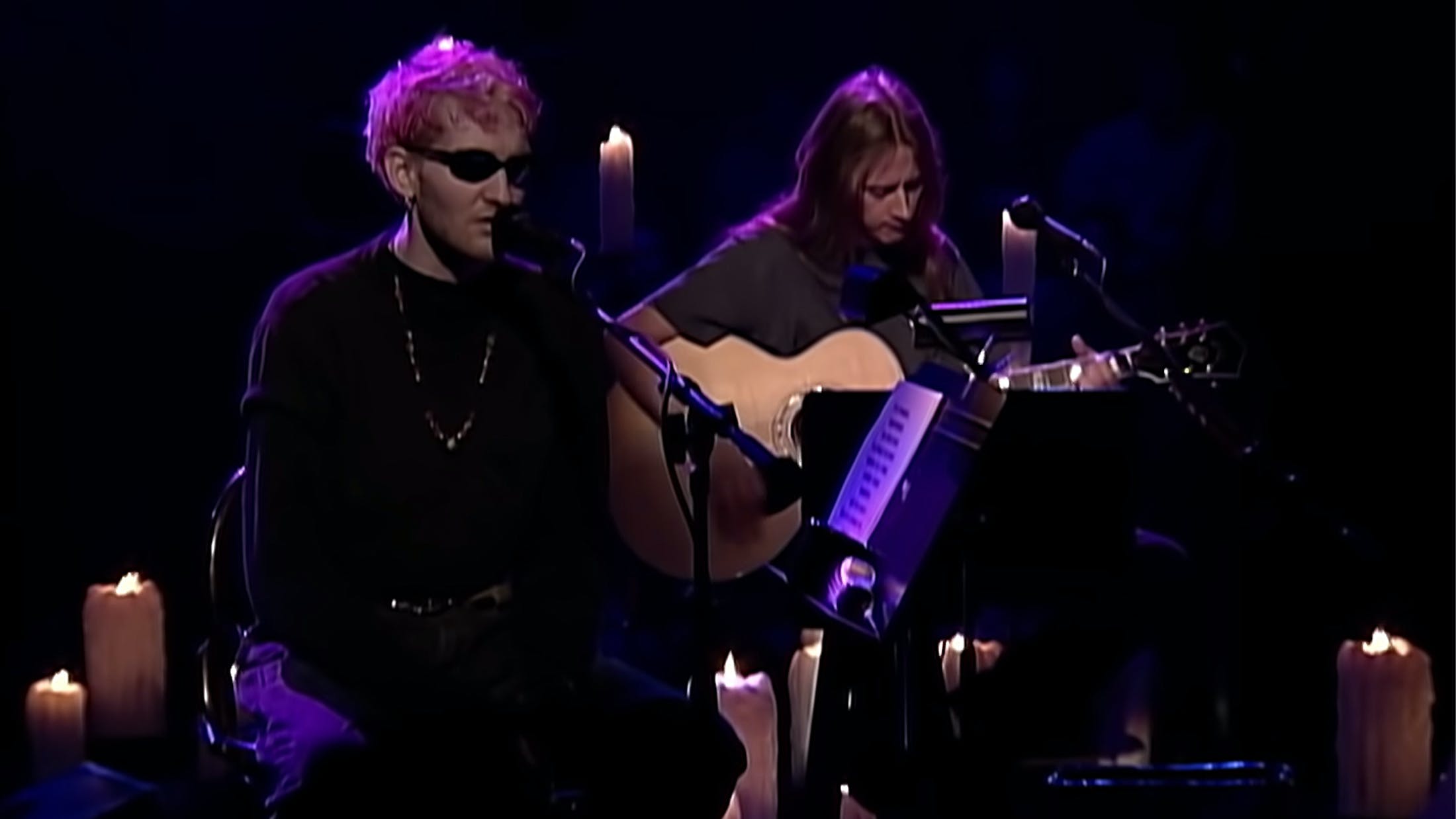 A quarter of a century on, Alice In Chains’ MTV Unplugged appearance (and subsequent live album) are considered iconic and bittersweet. The former because of its perfect meeting of band and format, given the grunge legends’ proclivity for acoustic tracks and adeptness with melodies; the latter because it was one of the final live shows from Layne Staley, who would succumb to his heroin addiction in 2002. Back then however, things weren’t quite what they seemed on either front. Just ask Jerry Cantrell.

Despite Alice In Chains being perfectly suited to the Unplugged treatment, at the time the only people who weren’t so sure were the band themselves, their scepticism not simply because they hadn’t played live in two-and-a-half years at that point. “We were thinking: ‘No disrespect, but hasn’t this been done by everyone? We don’t need to do that!’” recalls the guitarist/co-vocalist of a franchise that had already played host to their contemporaries in Pearl Jam, Stone Temple Pilots and, most famously, Nirvana. The band turned the offer down “a good handful of times” before relenting in the face of MTV’s persistence.

Alice In Chains were no strangers to going acoustic, of course, having made the EPs Sap and Jar Of Flies, no doubt informed by Jerry’s love of the singer-songwriter tradition of the 1960s and ’70s. “[We] intentionally went out and played in that field,” recalls Jerry of this diversification. 1992’s Sap found AIC forging new territory and introducing a fascinating roster of co-vocalists to proceedings in the form of Ann Wilson of Heart and fellow members of the grunge fraternity Chris Cornell of Soundgarden and Mark Arm of Mudhoney. Two years later, Jar Of Flies saw the band perfect the art of stripping back, becoming the first EP in musical history to debut at Number One on the Billboard 200 chart in the process. Meanwhile, its songs No Excuses and Don’t Follow would become highlights from Unplugged.

For Jerry, the Unplugged gig wasn’t about shaking off the rust of inactivity but an opportunity to show the world the solid foundations his band’s songs were built on. “There’s no safety net, so your songs better be pretty good,” he says of his reasoning. “Boiling it down reveals the heart of the song, without all the bells and whistles, and if it still hits in that environment then you did good.”

Unfortunately, Jerry wasn’t feeling too good as the recording approached. His health had taken a nosedive not long after the band reached New York, where it was to be taped, at the Brooklyn Academy Of Music’s Majestic Theatre. But while internet lore suggests Jerry was felled by a dicky hot dog, he recalls it as an accumulation of the physical, mental and emotional rigours of being in a band. “Oh yeah, I had ‘food poisoning’,” he deadpans. “But when the lights went green, the cameras started rolling, my body gave me some adrenaline and dopamine I needed to get through it.”

The ailing guitarist was carried by an audience that featured fans and famous friends alike, including Metallica, who’d finished making their Load album a couple of months earlier, their controversial short new hairdos prompting AIC’s Mike Inez to have the words ‘Friends Don’t Let Friends Get Friends Haircuts…’ scrawled on his bass. Other onstage tributes, meanwhile, such as snatches from Battery and Enter Sandman being played between songs, paid tribute to the thrash legends more respectfully. “Having Metallica watching the gig helped,” Jerry reflects upon their game-raising presence. “Those guys have always been in our inner circle of rock’n’roll brothers, so to have the whole band there meant a lot.”

Oh, and as for the headline power of rock’n’roll? Not so much, says Jerry, whose illness was paused rather than stopped altogether. “As soon as it was over, I went back to feeling crappy again.”

When the album was released three months later, on July 30, 1996, contemporaneous reviews didn’t reflect the acclaim it would go on to achieve, with several appraisals suggesting it hadn’t reached anything not already accomplished by the band’s original material. In the fullness of time, however, the album would be recognised as a raw, aching masterpiece that’s regularly mentioned in the same breath as Alice In Chains’ finest work, as Jerry can attest.

“People say it’s their favourite Alice In Chains record all the time – and that’s cool! Every single record I’ve put out is somebody’s favourite. While there are groups of folks who dig our fucking heavier shit, there are those who prefer our more acoustic side.”

In the years since, fans and musical historians alike have piled additional significance upon the show with regards to Layne’s death, commenting on the sadness and fragility of the singer’s appearance in much the same way they do with Kurt Cobain and Nirvana’s Unplugged set. But for Jerry, a man who once described himself to Kerrang! as “a pretty quiet and internal person”, the gig simply represents a special time making music with his brothers – one of whom would be taken away in body but never spirit six years later. “It happened and it was a beautiful moment in time,” says Jerry of the album that immortalises his late friend’s magnificent voice and wicked sense of humour (“I wish I could hug you all, but I’m not gonna,” Layne famously jokes at one point).