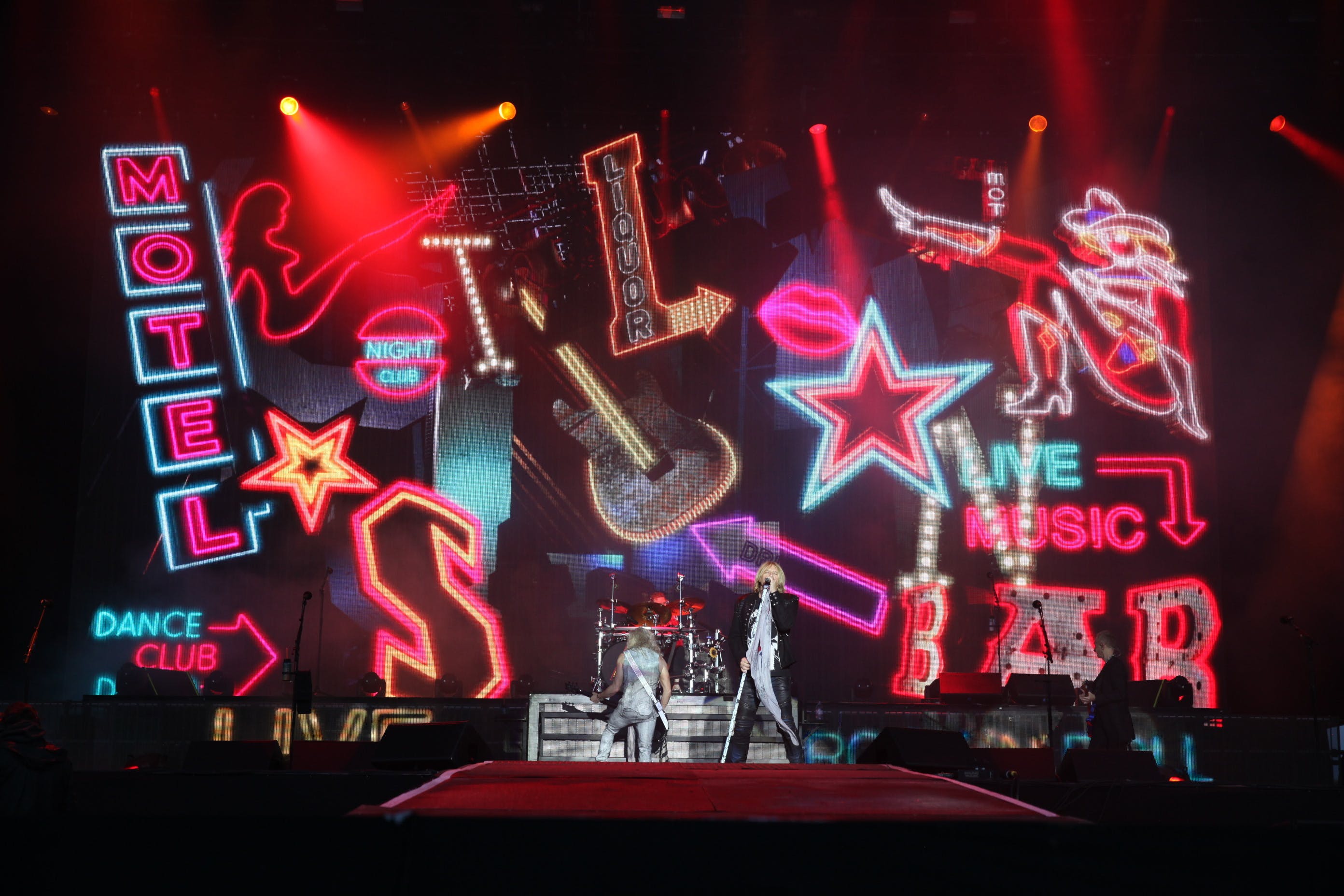 As Donington's campers wake in a fuzzy haze of partying too hard to Def Leppard the night before, we look back on everything we learned during the first day of Download Festival 2019. Sure, it's a bit muddy, and the skies are still a little grey, but sod it! We're at the UK's biggest rock and metal festival with some of the best bands on the planet.

Here's what Kerrang! learned on the Friday of Download...

Ivar Nikolaisen has only been the frontman of Kvelertak for less than a year, but he proves that he’s worthy of the role. Not only is he great at singing their songs, but he’s also a dab hand at waving flags around during the epic finale of their eponymous signature tune.

Conjurer Are Here To Break (Their Own) Necks

Packing out the Dogtooth tent and unleashing seven shades of hell, there was never a worry about Conjurer bringing the heavy. That said, we are concerned about the neck of bassist Conor Marshall who is adamant about trying to snap the bloody thing. Headbanging like a beast for 30 minutes, you can almost hear his vertebrae grinding to dust, as a Catherine wheel of hair spins at 1000rpm in the centre of the stage. Be careful, dude!

Whitesnake Have The Best Hair In The Business

No band on the Download bill does better barnet than Whitesnake, whose hair is as big as their anthems. Special mentions must go to frontman David Coverdale, who at 67 years old maintains enviably luscious tresses, while drummer Tommy Aldridge’s voluminous mane bobs behind his kit impressively during Trouble Is Your Middle Name.

Deadland Ritual Are (Almost) Equal To The Sum Of Their Parts

With a line-up featuring Black Sabbath bassist/songwriter Geezer Butler, Guns N’ Roses sticksman Matt Sorum and Billy Idol/Michael Jackson guitarist Steve Stevens, it was always going to be difficult for Deadland Ritual to meet their lofty expectations. Still, mixing original compositions like Down In Flames with classics like Velvet Revolver’s Slither, Billy Idol’s Rebel Yell and Black Sabbath’s War Pigs their set on the second stage is an undeniable blast.

There are a few in the rock fraternity who’d argue that ska-punk is a dying art. The Avalanche Stage is rammed for Los Angeles ska-punks The Interrupters, though, and the thousands who slam along through their set of affirmative, high-octane bangers are 100 per cent onboard for the likes of Take Back The Power, She’s Kerosene and Operation Ivy cover Sound System. One for the skank bank.

The Echoes Of Guns N' Roses Still Remain At Donington

Last year's Guns N' Roses headline set will forever go down as one of the greatest moments in Download Festival history, so it's unsurprising that Slash's main stage set with Myles Kennedy and The Conspirators is met with one of the largest crowds of the day. That said, judging by the reaction, fans are only here for those GN'R hits, which comes in the singular form of Nightrain. Sure, it kicks off down front and their own material is more than main stage ready, but everyone wants to hear more from Slash's 'other band'.

Eagles Of Death Metal Get Catharsis From Covers

Jesse Hughes tells K! his band’s new covers album, featuring versions of songs by KISS, AC/DC and Mary J. Blige is “a hymn book to help expel [his] demons” after the Bataclan massacre in 2015. “I’ve had reason to have serious trepidations over the last three-and-a-half years,” he says of the creation of Eagles of Death Metal Presents Boots Electric Performing the Best Songs We Never Wrote. “The quality of the music made by the artists I’ve covered has made every worst day in this job better than the best day in the regular life.”

You Can't Keep Rob Zombie Down

Even for his most ardent fans, it’s felt like Rob Zombie has been phoning it in a little in recent years. Not this weekend. He’s full of that Friday feeling over on the Zippo Encore: a Hellbilly fired-up, excited to show off the trailer for new movie 3 From Hell but even more so relishing the chance to be back onstage after directing the damn thing.

Even if you don't know Def Leppard's music, you know that that lead guitarist Phil Collen loves showing off his torso. We're serious, if you Google Image Search the words "Phil Collen Def Leppard" you're inundated with shots of his bare chest and abs. BUT NOT TODAY! The chill in the air has caused Phil to pop on a blazer in a vague attempt to keep toasty as moon shines down. Of course, it's an open blazer and we can still see his belly button, but it's odd not to see him on full display while ripping the intro riff to Photograph.