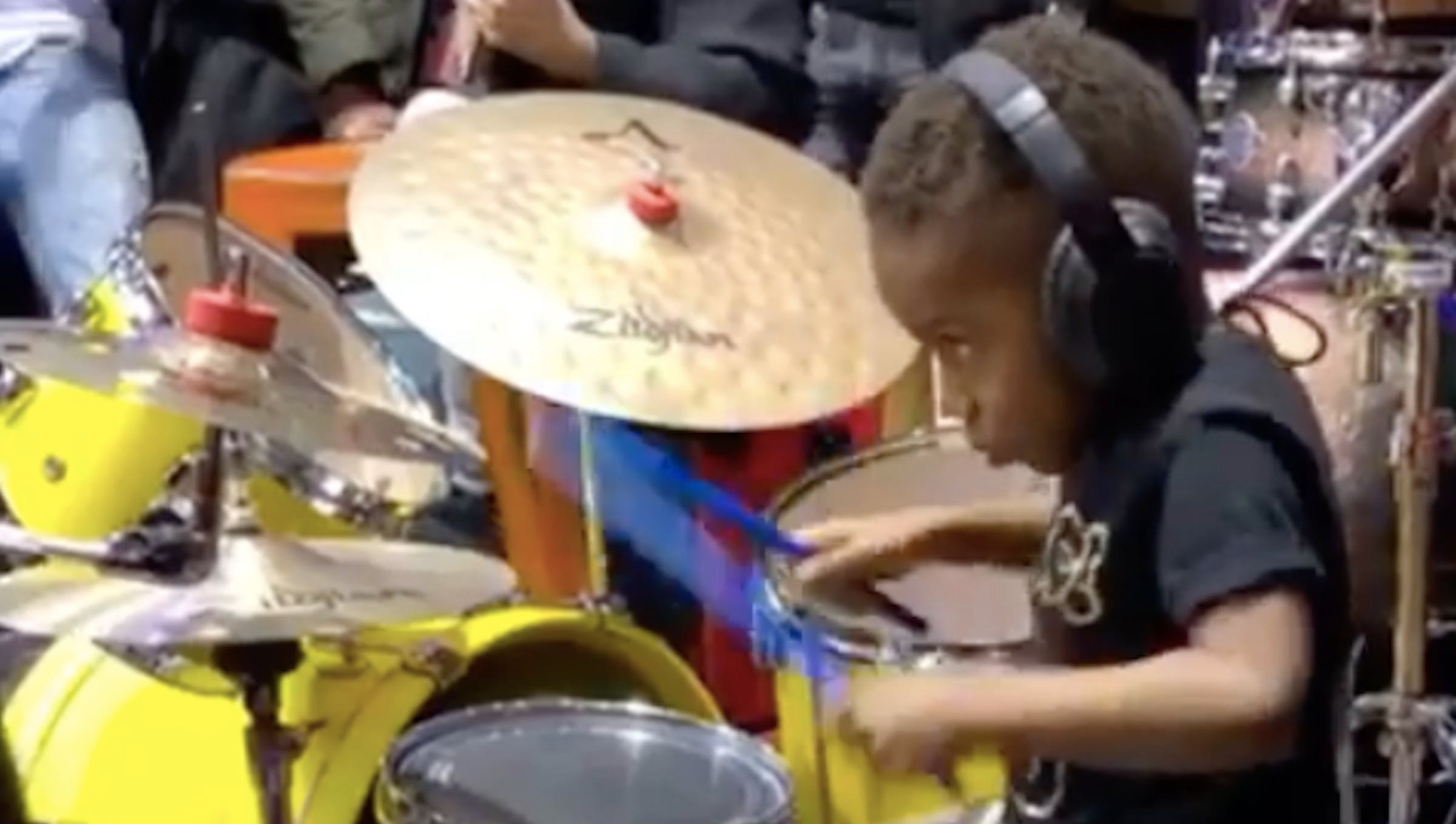 Little kids generally rock harder than adults, because they're less worried about being cool than we are. Hell, Jacoby Shaddix's five-year-old son kills it live. But man, this video from NAMM takes it to a whole new level.

The footage comes from the Instagram of Justin Wilson II, a four-year-old drummer who was given a chance to show his talents this weekend. And not only is the kid good, he's so damn good that his bassist had to stop and watch him in awe.

Watch the video below. To learn more about Justin, go to his website.