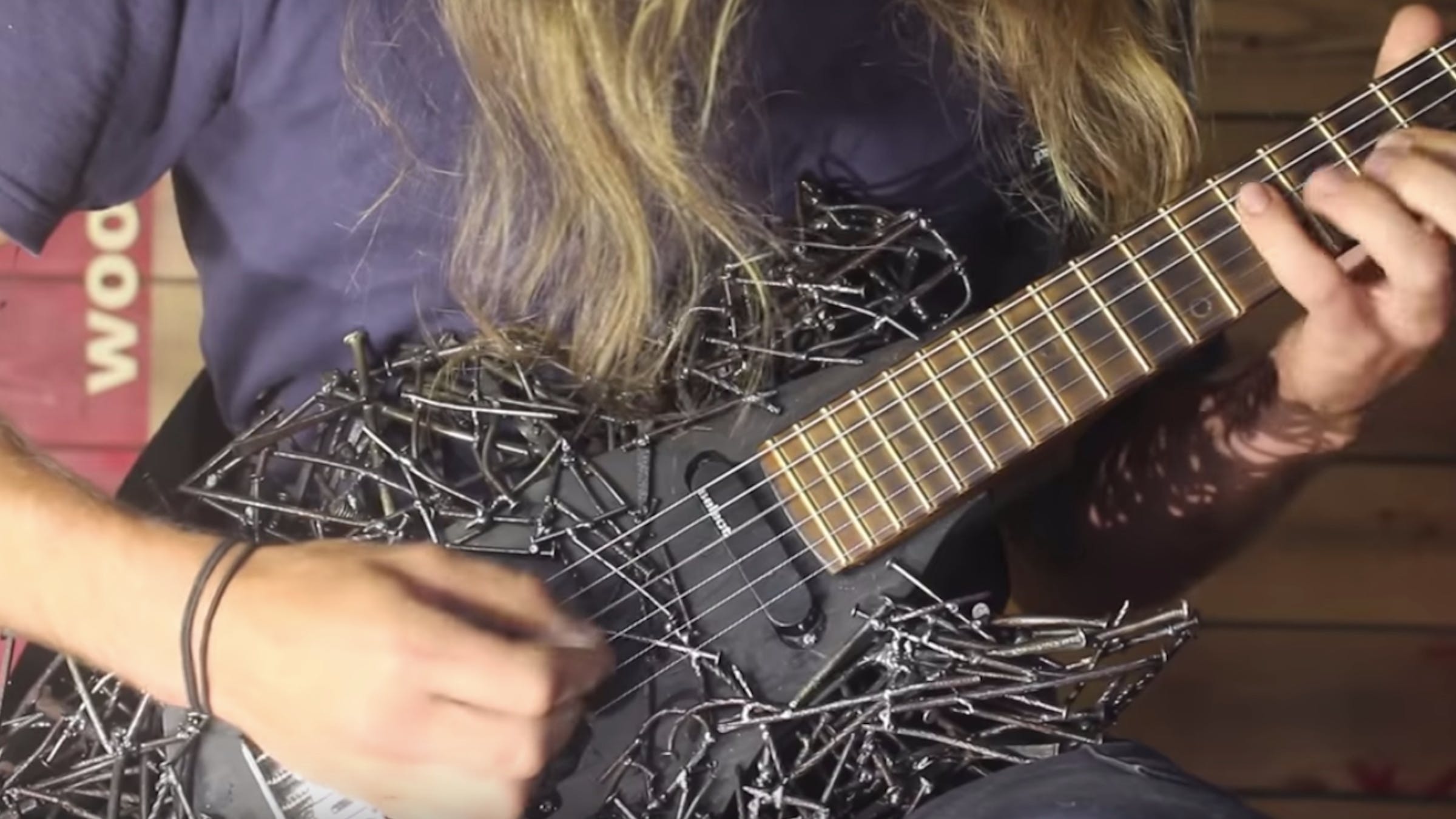 The rule of thumb is that if you leave a gear nerd alone in a work shed for more than 40 minutes, they will inevitably find a way to build a guitar out of the items therein. This usually results in axes that are either rather silly -- a guitar made of pencils, say -- or unnecessarily unwieldy and somewhat impossible to play -- a 17-string guitar, for instance. But every so often, the result is both cost-effective and kind of awesome, as is the case with this guitar made entirely of reclaimed metal nails.

As you'll see in the video below, builder Tim Sway constructs his guitar out of nails he's pulled from wood that he uses to make other projects. The pickguard is pretty much the only wooden part on it, and starts off just as a piece of wood with a bunch of nails driven into it. For a little bit of extra fun, Tim drives many of those nails with a hammer also made of nails, turning this project into an odd sort of cannibalism.

Check out the nail guitar in action below:

You don't even need to play it for your fingers to bleed!

READ THIS: This guy bought a dollar-store guitar and made it metal

These nails should not, of course, be confused with the band Nails, whose album Unsilent Death ranked solidly on our list of the essential grindcore albums that everyone must own. As our writer Dan Slessor put it, "When Nails’ debut arrived in 2010 it did so with all the subtlety of a building being dropped on you, four hundred and eighty times per minute. With 10 tracks over and done in under 14 minutes, Unsilent Death is everything great about the most merciless end of grindcore, armour-plated and delivered with aggression levels that really can’t be healthy for them or their adherents. Their two subsequent full-lengths are essential listening in their own right, but their opening bow is truly unmissable stuff."

READ THIS: The 12 best rock and metal songs that feature people having sex