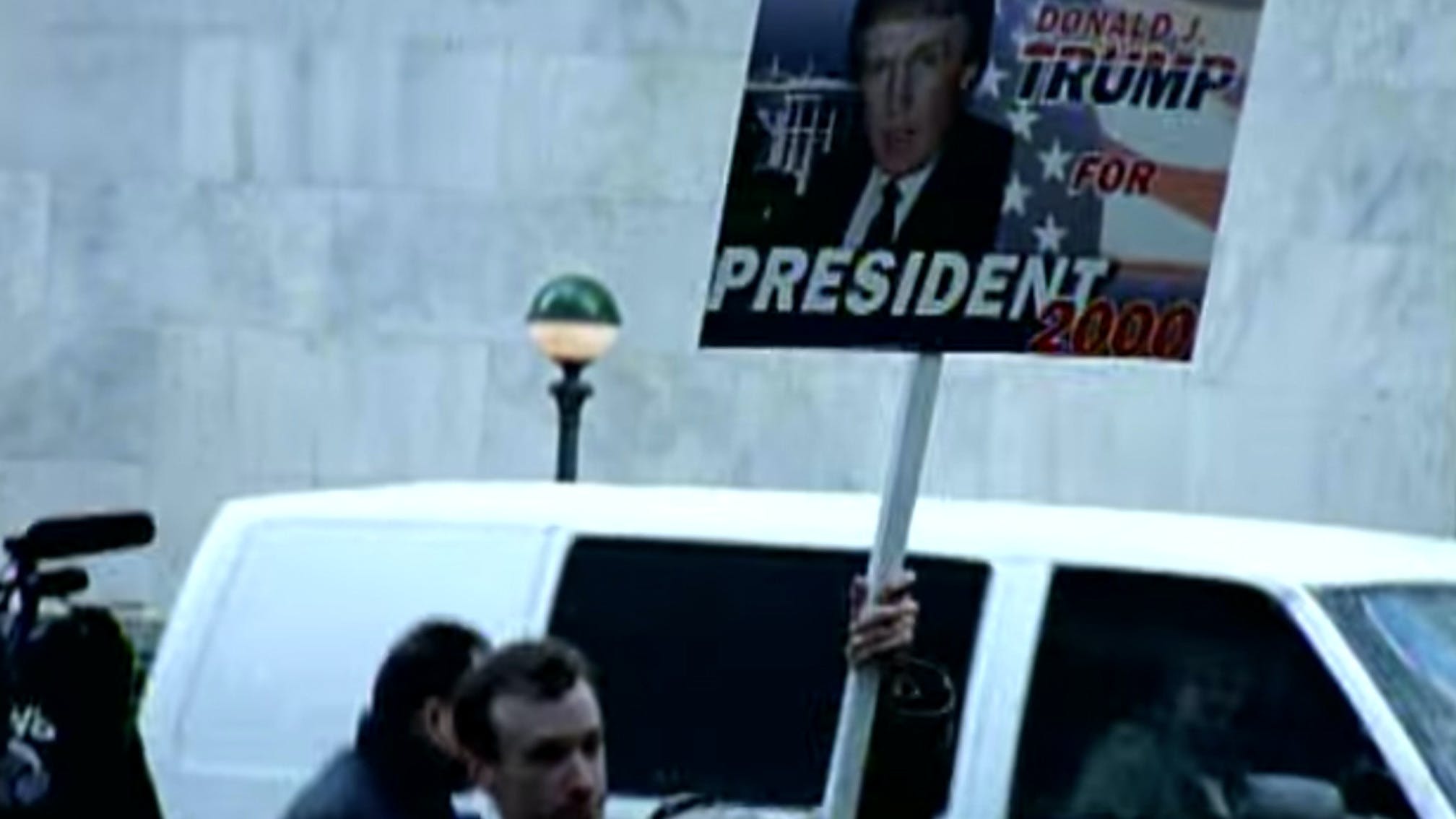 Speaking with Interview Magazine, the guitarist was asked about Rage Against The Machine's iconic Sleep Now In The Fire video, in which a man holds up a placard reading 'Donald J. Trump for president 2000' (bearing in mind the promo came out 20 years ago). After the journalist says, "Would you say, in some sense, that Rage Against the Machine predicted all this?" Tom jokes that, "I would say that we are karmically entirely responsible, and my apologies."

Of this surprising (but completely unintentional) glimpse into the future, the musician continues that director Michael Moore had printed up signs and handed them out, and, "No-one paid any attention to it. It’s funny how that became an offhand joke. Offhand joke would be a good hashtag for 2020."

Remembering the video as a whole and Rage infamously shutting down the New York Stock Exchange for the day, Tom adds, "In retrospect, it felt like a historic victory against evil, but on the day, it felt so chaotic because our director was in jail. We were supposed to film a video that day, and we’re like, 'We’ve lost the director. Well, we did sort of shut down the Stock Exchange, but do we go back to the hotel?'

"But at the end of the day, it was a pretty spectacular historic rock'n'roll thing we made. They don’t make them like that anymore."