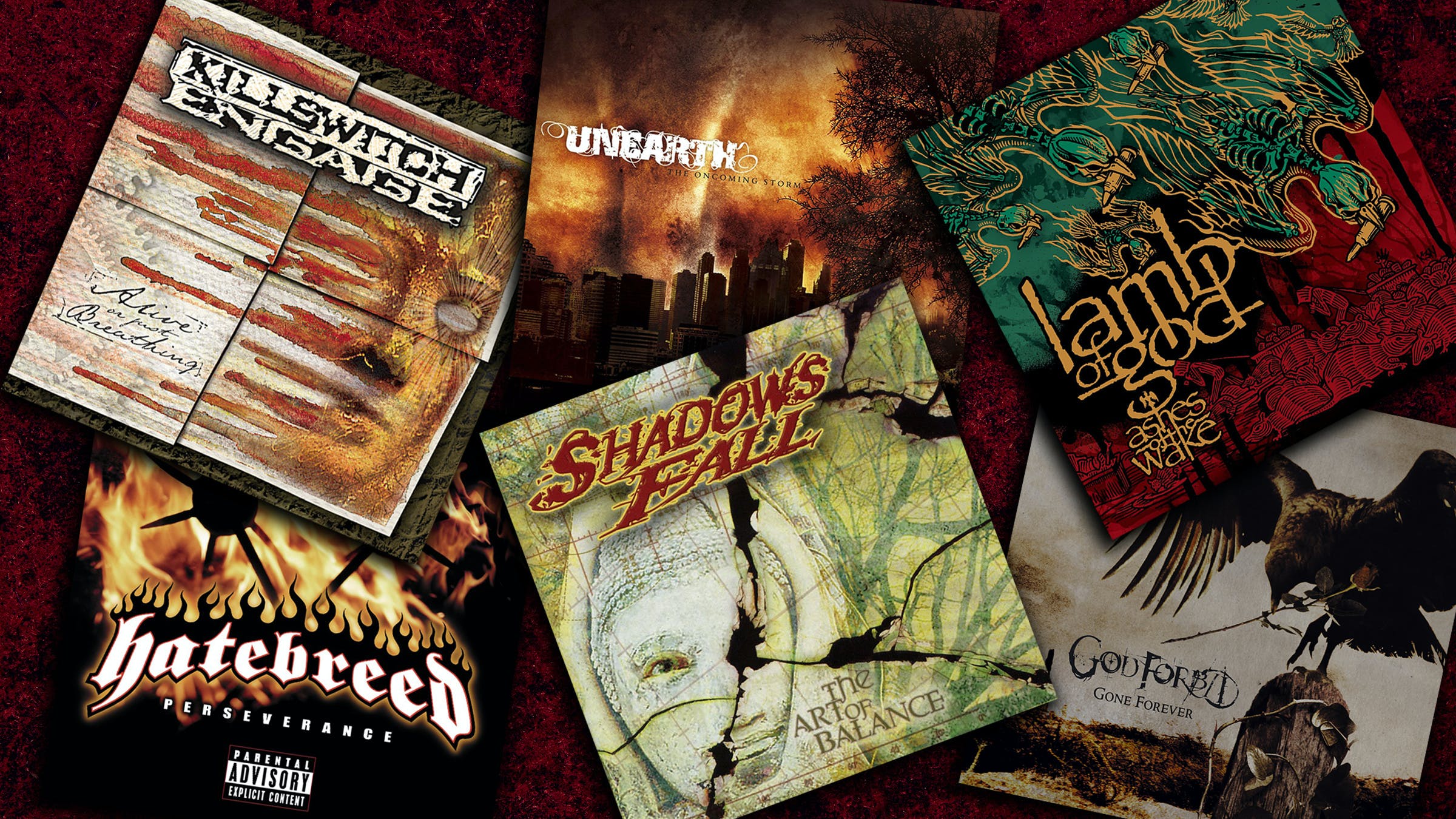 Of all the shifts in the landscape of heavy music over the past 20 years, none have been as monumentally influential as the New Wave Of American Heavy Metal, the movement from which sprang the genre we now call metalcore. By mixing European death metal's melodic technicality, hardcore's crushing breakdowns, and emo's honest vulnerability, bands like Hatebreed, Killswitch Engage, Shadows Fall, Lamb of God, God Forbid, and Unearth changed the face of heavy music as we know it. Today, these bands' signature style can be heard all throughout mainstream rock, but when they first emerged and took over metal as a whole in the early 2000s, it was nothing short of a sonic revolution.

In the latest episode of our podcast Inside Track -- in which the biggest names in rock tell the true stories behind rock's most historic moments -- the stars of the New Wave Of American Heavy Metal describe how they went from championing local scenes along America's east coast to lifting each other up to mainstream success. Speaking about the genre's formation and ascent to glory are Doc Coyle, guitarist for Bad Wolves and formerly God Forbid; Mark Morton, guitarist of Lamb Of God; Adam D and Jesse Leach, guitarist and frontman of Killswitch Engage; Trevor Phipps, frontman of Unearth; and more.

To hear how America changed the face of metal and hardcore, SUBSCRIBE to Inside Track wherever you get your podcasts.

If you’d like to get yourself warmed up, listen to our episode featuring Tool, in which the band discuss the process of making their newest album, Fear Inoculum: