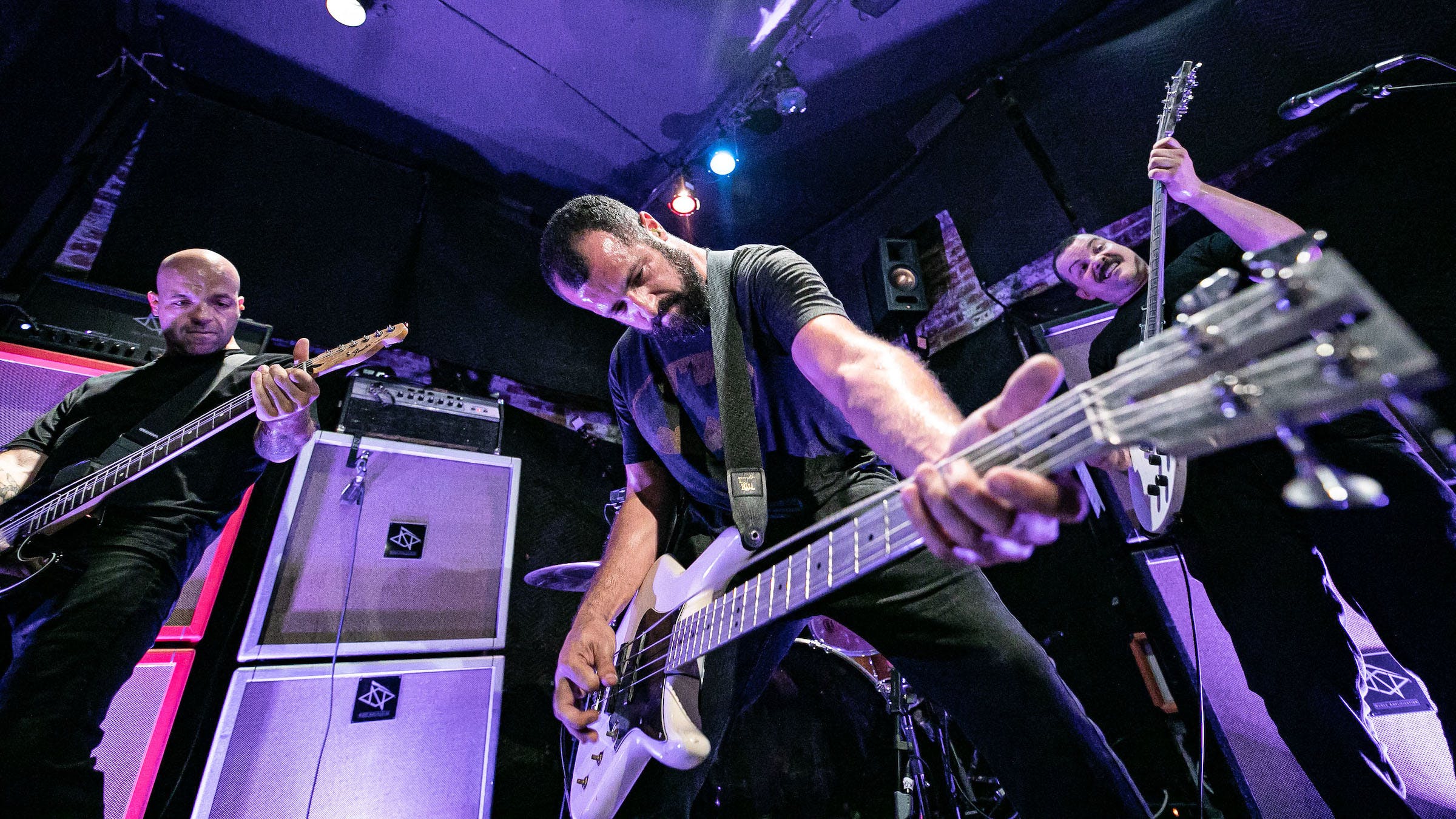 The last few Brooklyn installments of our K! Pit series have been absolutely punishing, between Knocked Loose's ultra-kinetic hardcore to Vein's brutally real modern metalcore. So this time around, we wanted to indulge in something thicker, groovier, and slightly more delicious at the outset. Thankfully, Miami stoner rockers Torche were down to come and play the back room of our favorite Williamsburg dive bar The Gutter, and created a singalong sauna that perfectly scratched our itch.

Not that we expected anything less from Torche. The band has made waves in metal's underground with their unique brand of bright, uplifting doom metal since forming in 2004. Having toured with everyone from Mogwai to High On Fire, they've picked up enough strange influences to make their music a breathtaking middle ground of positive and crushing. Of course, for many, it was 2008's massive Kurt Ballou-produced Meanderthal that cemented them as one of modern rock's most important acts, and made them the kind of band who can play Late Night With Seth Meyers.

Need a little something to entice you? Here are some pictures from the night:

To stay appraised of all of our K! Pit streams, make sure to follow us on Facebook.

If you want to warm yourself up, check out one of our previous Brooklyn K! Pits:

You can also watch our London K! Pits on the Kerrang! YouTube channel.

If you want to see Torche live, tickets are available now for all of the tour dates listed below:

Watch stoner metallers Torche get huge and heavy in the latest installment of The K! Pit.

"I Felt Like I Was Failing Every Time I Got Onstage": PVRIS – The Comeback Interview

Baroness will take Torche, Pallbearer and War On Women on the road with them this summer.