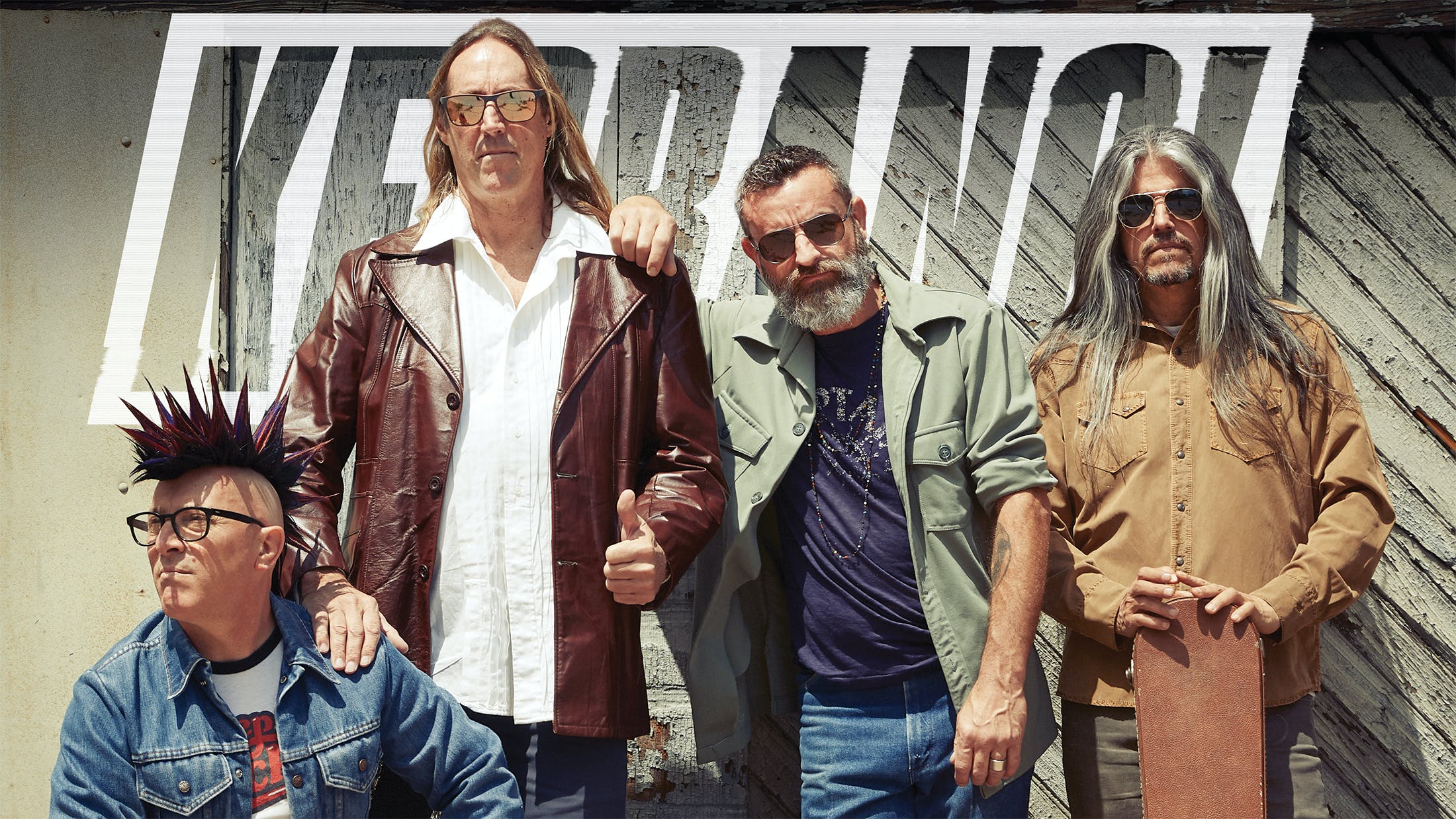 After a seemingly interminable wait of 13 years, Tool return this month with Fear Inoculum: their most challenging, epic work yet. And with it, predictably, comes a lot of questions. Danny Carey and Justin Chancellor separate the fact from the fiction…

Plus, thanks to the brilliant EMEK Studios, we're delighted to offer your walls a freshen-up courtesy of a killer, classic Tool art print. Check out more of EMEK's work – including designs for Nine Inch Nails, Foo Fighters, Metallica and many more – at EMEK.net.

Elsewhere in the mag, Alex Gaskarth takes us inside Simple Creatures' second EP (and beyond), while Neck Deep's Ben Barlow checks in from touring with his heroes, blink-182. On top of that, Bad Brains' H.R. is put through the life-spanning Kerrang! Interview, Northlane's Marcus Bridge unveils the secret tragedy behind his most personal songs ever, and we rummage around the record collection of Enter Shikari frontman Rou Reynolds.

In the reviews section, Jesse Leach opens his heart and finds strength on Killswitch Engage's eighth album, and Mallory Knox take their first steps in a post-Mikey Chapman world. On the live front, Korn and Alice In Chains darken the skies at their sunny waterfront mega-show, Rolo Tomassi triumph at killer new metal fest Radar, and Canadian bruisers Cancer Bats kick off their victory lap of Britain in sweaty style.

There are also five epic posters, featuring a double-page Slipknot shot, plus The Ghost Inside, The Regrettes, Don Broco and Architects.

All this and more is available in the new issue of Kerrang!, which you can get anywhere in the world through Kerrang.Newsstand.co.uk. But for UK residents, it hits the shops on Wednesday, August 14 from all good newsagents.