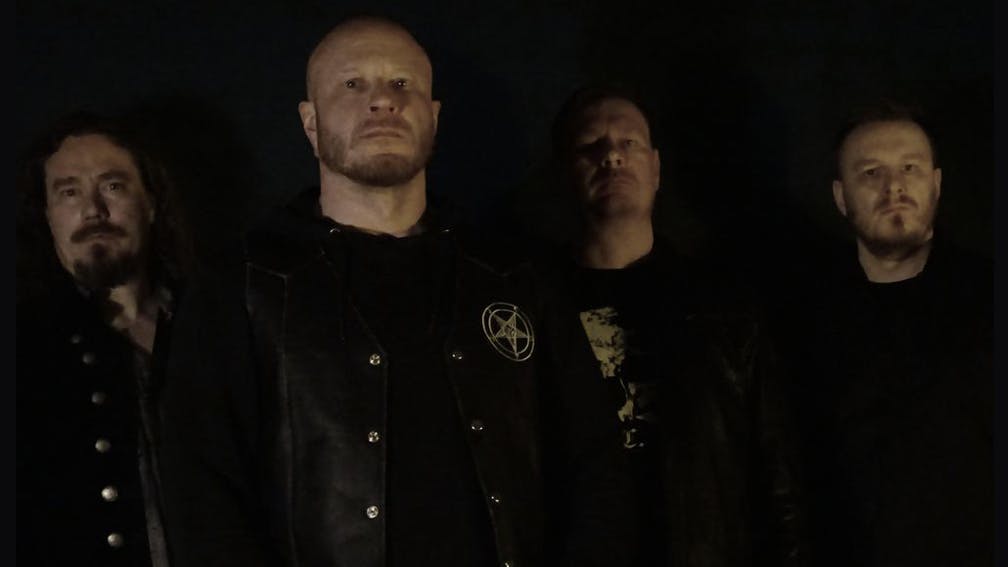 Tuomas Holopainen has revealed that he’s been working on new music with his old black metal band, Darkwoods My Betrothed, and has plans to release it before the end of the year. The Finnish keyboard magician made three albums with the black metal outfit in the ‘90s, before forming Nightwish and eventually becoming one of the biggest metal musicians in Europe. Now, he says, thanks to COVID freeing up everyone involved’s time, previous idle chatter amongst the band has actually had a chance to grow legs and come to fruition.

"We did three albums in the mid-'90s, the latest one coming out in '98. Witch-Hunts, it was called. And since then, we have had this high school friends get-together almost every summer, since the past 15 years or so, and we always talk about the comeback of Darkwoods and then forget it immediately,” he told Kaaos TV.

“The summer comes, we talk about it, 'Now let's do it,' and then we forget about it. But last July, in 2020, we thought that it's really now or never. Because of this situation that the world is in, we finally might have the time and the means to actually realise this that we have been talking about for so long. And here we are."

READ THIS: Nightwish's Floor Jansen: "We cannot better the world with one special day, but we can leave the planet in a better shape than we found it"

Unlike Nightwish, where Tuomas is the creative main-brain, here he’ll just be manning the keyboards, as ever, and leaving the compositional work up to his bandmates.

"Originally I was just a session musician back in the days," he says. "And now, even though I'm a full-time member of the band, I still don't do any songs; it's the other guys who take care of that. I just play my parts with the keys. That's the dynamics of this particular band, and that's the way it works the best, because Jouni ['Hallgrim' Mikkonen, guitar], Teemu ['Hexenmeister' Kautonen, bass] and Pasi ['Emperor Nattasett' Kankkunen, vocals], the core of the band, they have such a strong vision of the songs and the lyrics and the overall atmosphere of what Darkwoods is about. So they do the songwriting part, and then I just come in and spice up the whole thing with the keyboards, just the way it has worked in the past and on this album as well."

Tuomas went on to reveal, first, that in lockdown he’s been listening to… very little, but that black metal was a formative musical movement for him.

"I don't really listen to any kind of music anymore, for reasons I can't really explain,” he says. “But back in the days, in the mid-'90s, black metal was a huge thing for me for a short period of time. Bands like Emperor, Enslaved, Dimmu Borgir and Cradle Of Filth. I don't even know if these bands want to be called black metal, because that's such a puritanic thing, but for me, I was highly influenced by that genre of music. And I still enjoy them a lot. But I just don't listen to music at home that much. And also I don't think that Darkwoods My Betrothed can be categorised solely as a black metal band. Musically, yes, but the lyrics are about something completely else."

Nightwish are currently preparing for their An Evening with Nightwish In a Virtual World live-streamed event this Friday and Saturday. The band will appear in a virtual pub, The Islanders Arms, to perform tracks from last year’s Human. :II: Nature. album live for the first time.

Preparations are going well. That’s a lot of green screen...

READ THIS: The 13 greatest black metal albums of the 21st century