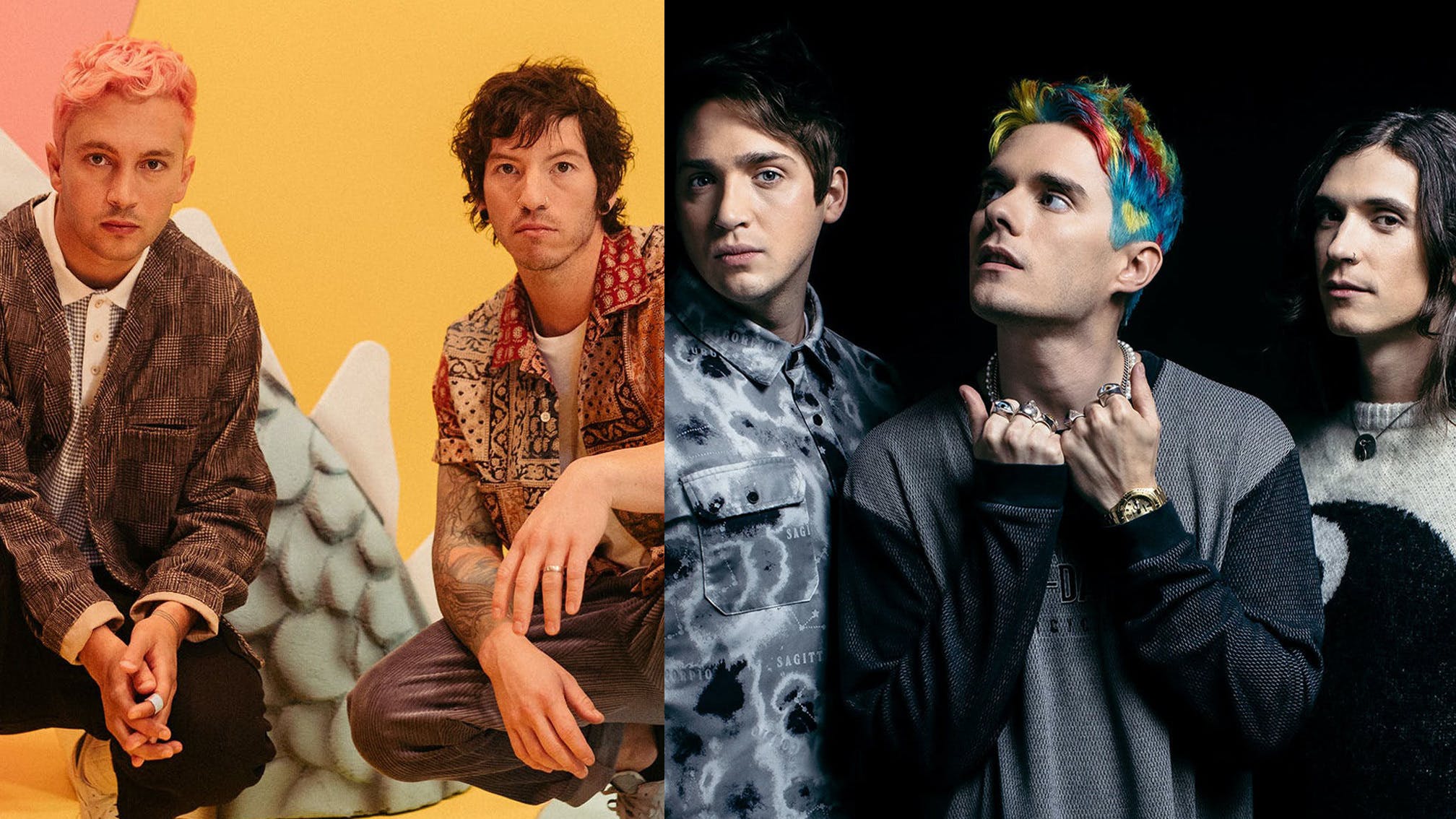 The UK's Official Albums Chart has offered a midweek update, with twenty one pilots' Scaled And Icy and Waterparks' Greatest Hits both making it into the Top 20 so far following their release on Friday (May 21).

TØP’s sixth record currently sits at Number Three (behind Olivia Rodrigo's SOUR at Number One, and Gary Numan’s Intruder at Number Two), while Waterparks' latest effort could give the Texan trio their first-ever UK Top 20 release, as it's debuted at Number 14. Congrats, guys!

Speaking to Kerrang! earlier this month about the band's hopes for Scaled And Icy, twenty one pilots frontman Tyler Joseph admitted (in an unread excerpt from that piece), "I don’t know what happens to our records when people just listen to them! I only know what happens to our records when I get to perform them with [the fans] at shows. And so this is like a blind spot for me. I hope that they go and dive into it like they have previous records, but I’m not going to see that; I’m not going to witness that with them, and it’s tough. It’s tough to know how that’s gonna feel. I hope that we’ll be playing shows on this record at some point, but we’ll see. Josh, do you have any hopes for the record?”

“Discovering a band that you fall in love with is one of the most special things, and nothing can really beat that,” responded the drummer. “And, I know from experience, I think for both Tyler and I that following records, it just doesn’t produce the same feeling that you had when you first discovered it. I think there are still people that can and will discover our band from this album, but for the people who have already discovered our band and have felt those emotions of discovering a band for the first time, I hope that this album is something that lives up to a similar feeling of emotion and excitement that they had before. There are definitely artists that Tyler and I enjoy that continue to come out with albums that we respect and admire and are inspired by even though it’s tough to replicate that initial feeling of discovery.

“So yeah, I just hope that people put it on who are a fan of our band and get really excited, and feel emotions listening to it, and, ultimately, love it. That’s what I hope.”

Read this: Waterparks’ Awsten Knight: "If your art’s not getting a reaction, then what are you doing?"