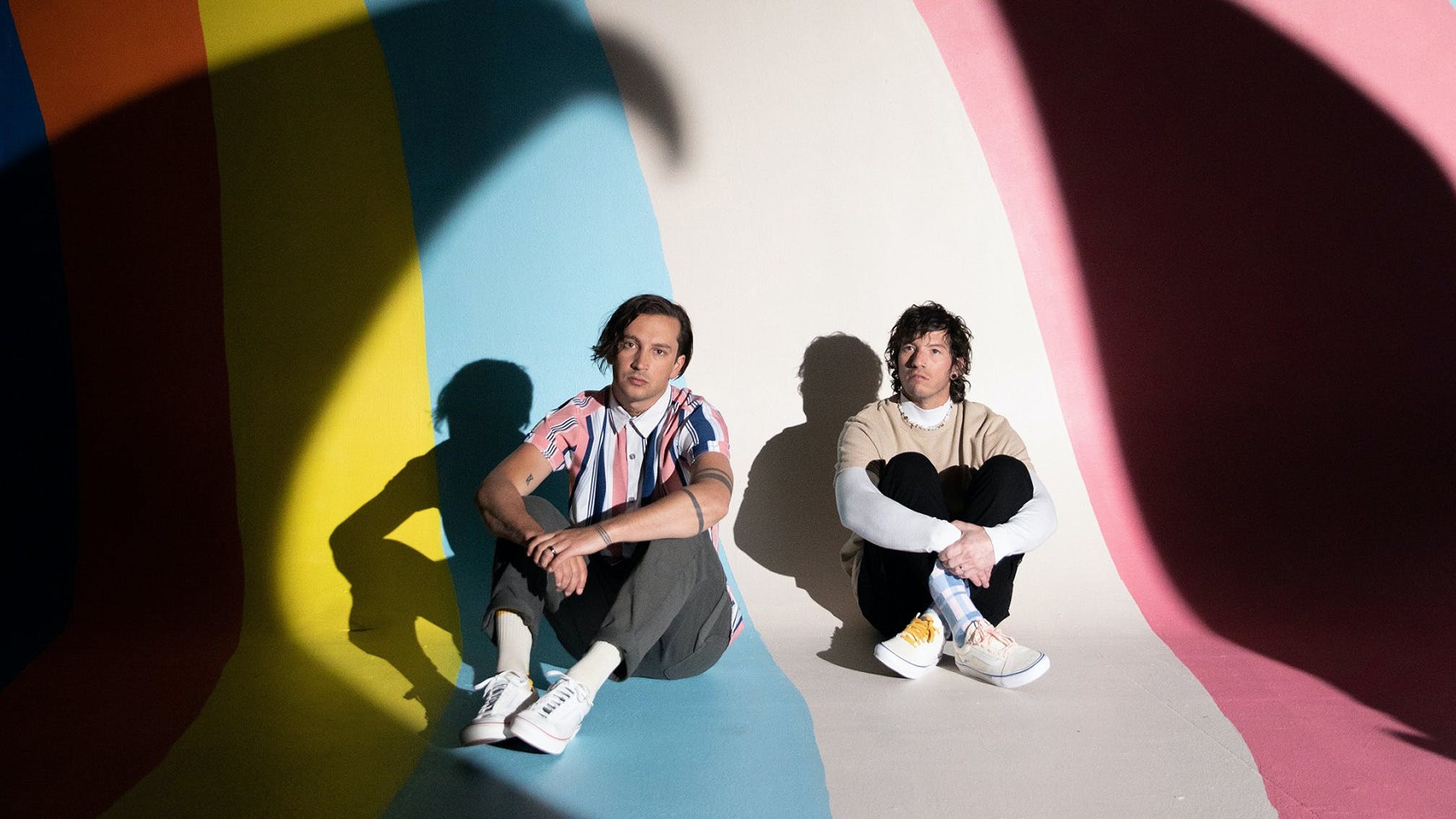 Update: Stay tuned for the official video premiere of Choker…

Original story: With less than a month to go now until the release of their sixth album Scaled And Icy, twenty one pilots are set to share another new single this week: Choker.

The track – which follows infectious lead single Shy Away – will debut via the band's 'livestream experience' platform, so if you've already got tickets for that virtual event on May 21, then you'll get to hear Choker from 11:30pm EST tonight (or 4:30am BST on Friday).

By getting advance tickets for the show, it was previously revealed that you will "unlock a six-week interactive experience – your direct access to limited merchandise and special editions of the new album, Scaled And Icy. Don’t miss unpublished content and a chance for unique access to Tyler and Josh long before their epic live performance.

"This unpredictable journey ends on May 21 – yet it begins now."

Discussing what's to come from Scaled And Icy, Tyler Joseph told the BBC that the record is "more colourful" than previous releases, with the artwork representing "the power of creativity, the power of imagination”.

"If you’ve noticed with some of our previous releases there’s always a bigger story to everything that’s being created, and this record particularly is more colourful than other records – literally more colourful, and hopefully sonically as well," he said.

"That colour is supposed to represent the unleashing of an imagination. You know, I have this theory that, even if you’re confined to one small room, if you were to focus on one singular detail of that room, that detail can then come to life. Actually, I have this little dragon totem figurine that I’ve been staring at, and my theory is that if I can get to a place where I’m looking at him and I’m creating something, and all of a sudden he can grow and actually fly around the room, and then where I am I can actually transport it to a completely different place… It really is the power of creativity, the power of imagination, and, ultimately, the power of music.”

Scaled And Icy is due out on May 21 via Fueled By Ramen.