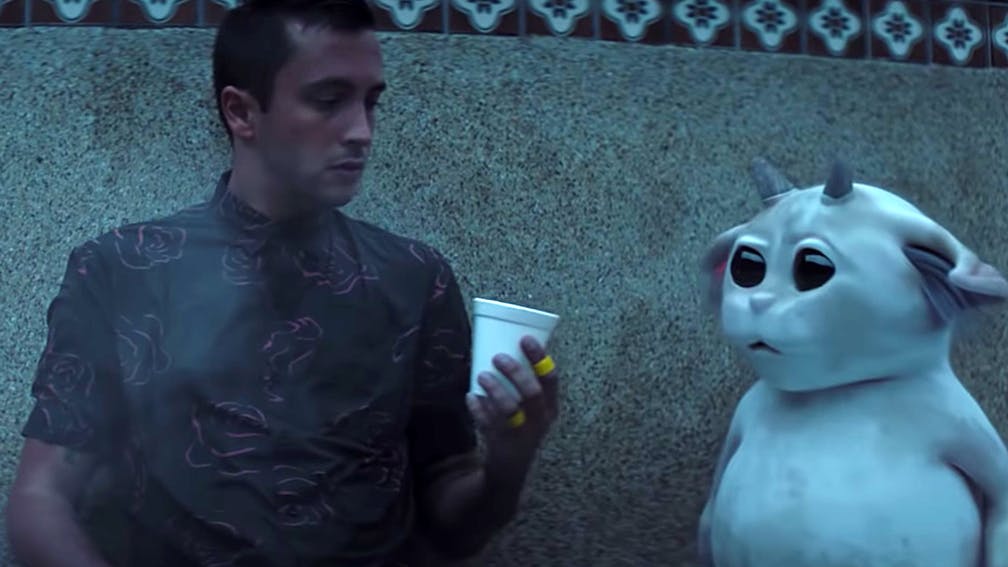 While it seems somewhat surprising that twenty one pilots are yet to be immortalised themselves in Funko POP! vinyl figure form, the next best thing is soon arriving: everyone's favourite little dude Ned.

Of course, Ned was introduced earlier in the year via twenty one pilots' brilliant video for Chlorine, and has since become a firm fan-favourite – with people creating their own plush versions of the character, and this weekend a themed pop-up shop, Ned's Bayou, arriving in the band's hometown of Columbus, Ohio.

If you were lucky enough to attend the store, you'll have been the first to see that there's a Ned Funko POP! vinyl arriving very soon, with a prototype figure available to check out, and a number to text to "be the first to purchase" your very own Ned.

Also on sale at Ned's Bayou between June 28-30 were Ned hoodies, T-shirts, puns and dad hats, with some merch reportedly reading Summer Capsule 2019 – does this mean there will be more available later in the year? Hmmmm…

Anyway, check out some images of the Ned Funko POP! vinyl figure below, courtesy of @top__today:

twenty one pilots will return to the UK this summer to headline Reading & Leeds in August.