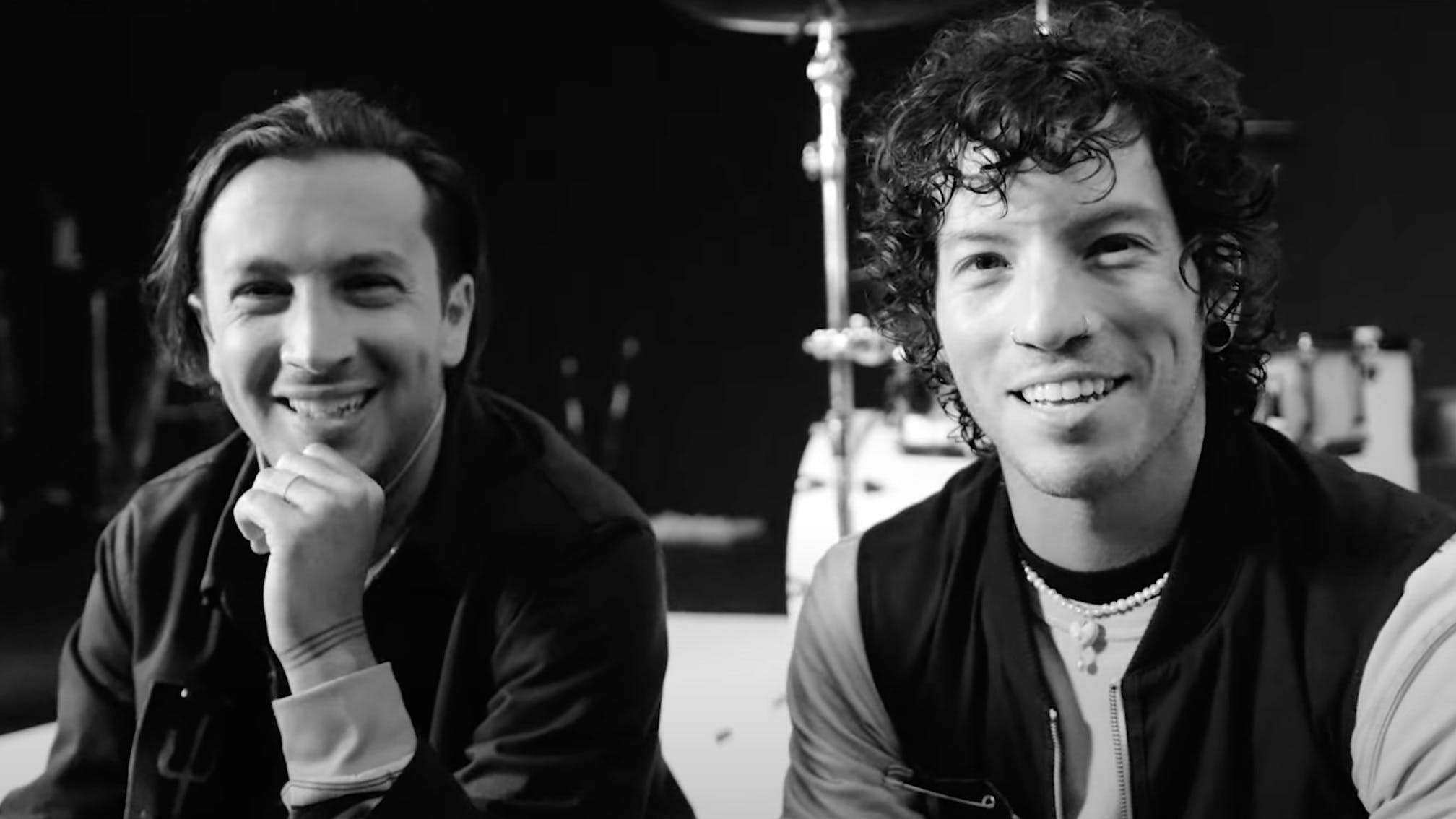 Following the single's release last week, twenty one pilots have shared a behind-the-scenes look at the making of the video for Shy Away.

Racking up almost 12 million views in less than a week, Tyler Joseph and Josh Dun's wonderfully colourful new video now gets an even deeper-dive than their rabid fanbase have no doubt done already. Not only that, but it's great to see the duo interacting and hanging out together again in their always-hilarious way after a year away from the limelight, working on upcoming album Scaled And Icy.

Frontman Tyler told the BBC last week of twenty one pilots' new single: "In the song Shy Away, in the very beginning – if you were to replay the very beginning part – you’ll hear this little baby cooing noise, and it’s actually because when I was first working on the song, [my daughter] was in the room with me and I had my phone out just singing something into a voice memo. So I’m still finding things to be inspired by, and I’m really excited that that fire isn’t going down yet."

Watch twenty one pilots go behind the scenes on Shy Away below:

And see the full video:

Scaled And Icy is due out on May 21 via Fueled By Ramen.

twenty one pilots’ global livestream event happens on the same day as Scaled And Icy’s album release, broadcasting on May 21 from 8pm ET / 1am BST. It will "mark the live debut of new material from Scaled And Icy”, as well as featuring plenty of career-spanning hits. Get your tickets here.