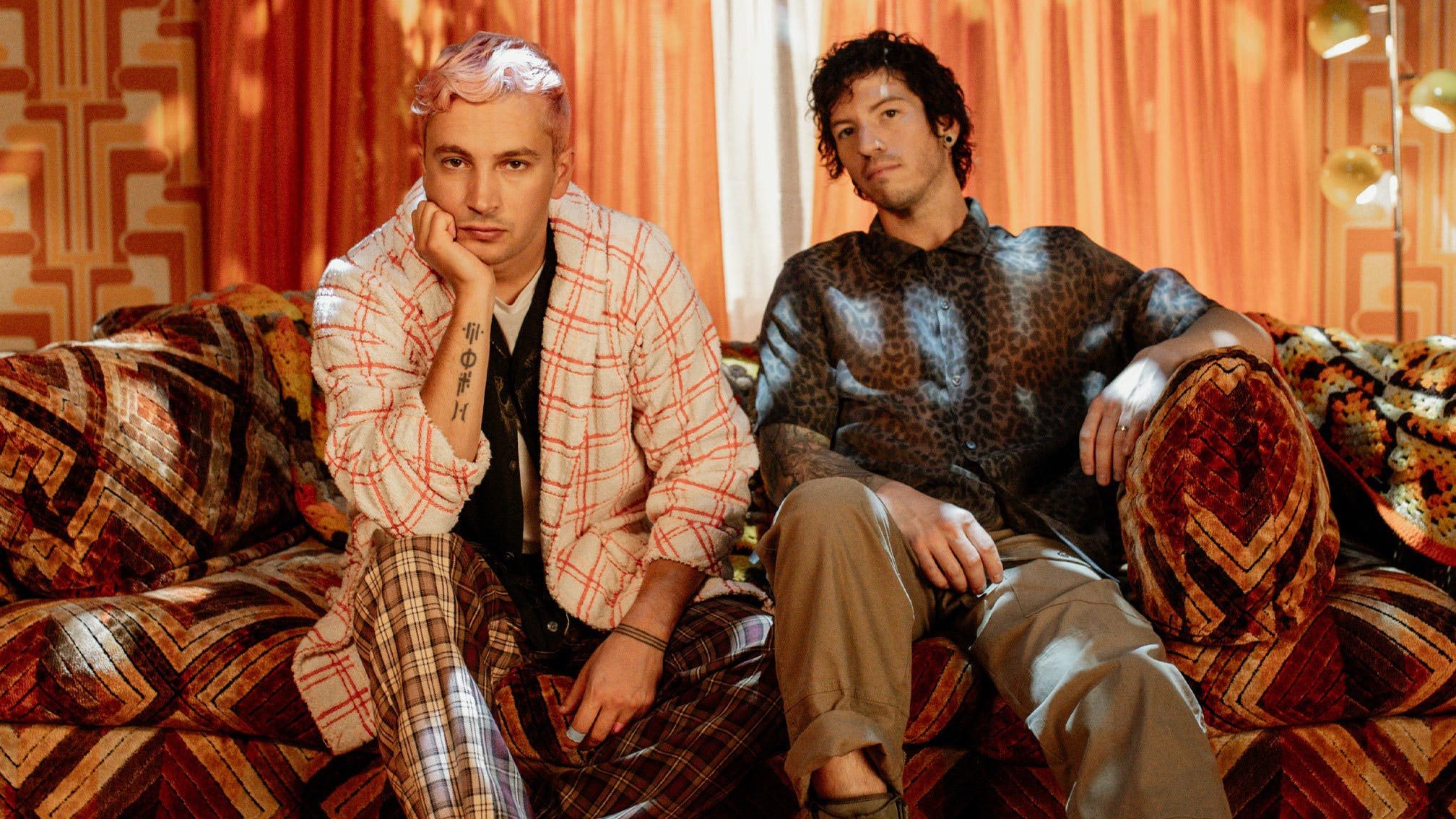 A year on from the album’s release, twenty one pilots will be bringing Scaled And Icy to the big screen!

The duo – Tyler Joseph and Josh Dun – have just announced details of the twenty one pilots ‘Cinema Experience’ on May 19 (and again for an encore at select locations on May 22), bringing their mind-blowing 2021 livestream to movie theatres.

And not only is that cool enough in itself given how incredible it was watching at home, the band have put in an extra 20 minutes of never-before-seen footage to this extended cut, as well as remixing and remastering the whole thing so it looks and sounds even better.

“Over the past 10 years, twenty one pilots has developed into one of the most popular alternative music forces in the world,” says Kymberli Frueh, SVP of Programming and Content Acquisitions for Trafalgar Releasing. “We are delighted to share this incredibly creative performance on the big screen in cinemas worldwide for a collective fan experience.”

Tickets go on sale for the twenty one pilots Cinema Experience on April 15.

Read this: twenty one pilots: Every album ranked from ‘worst’ to best