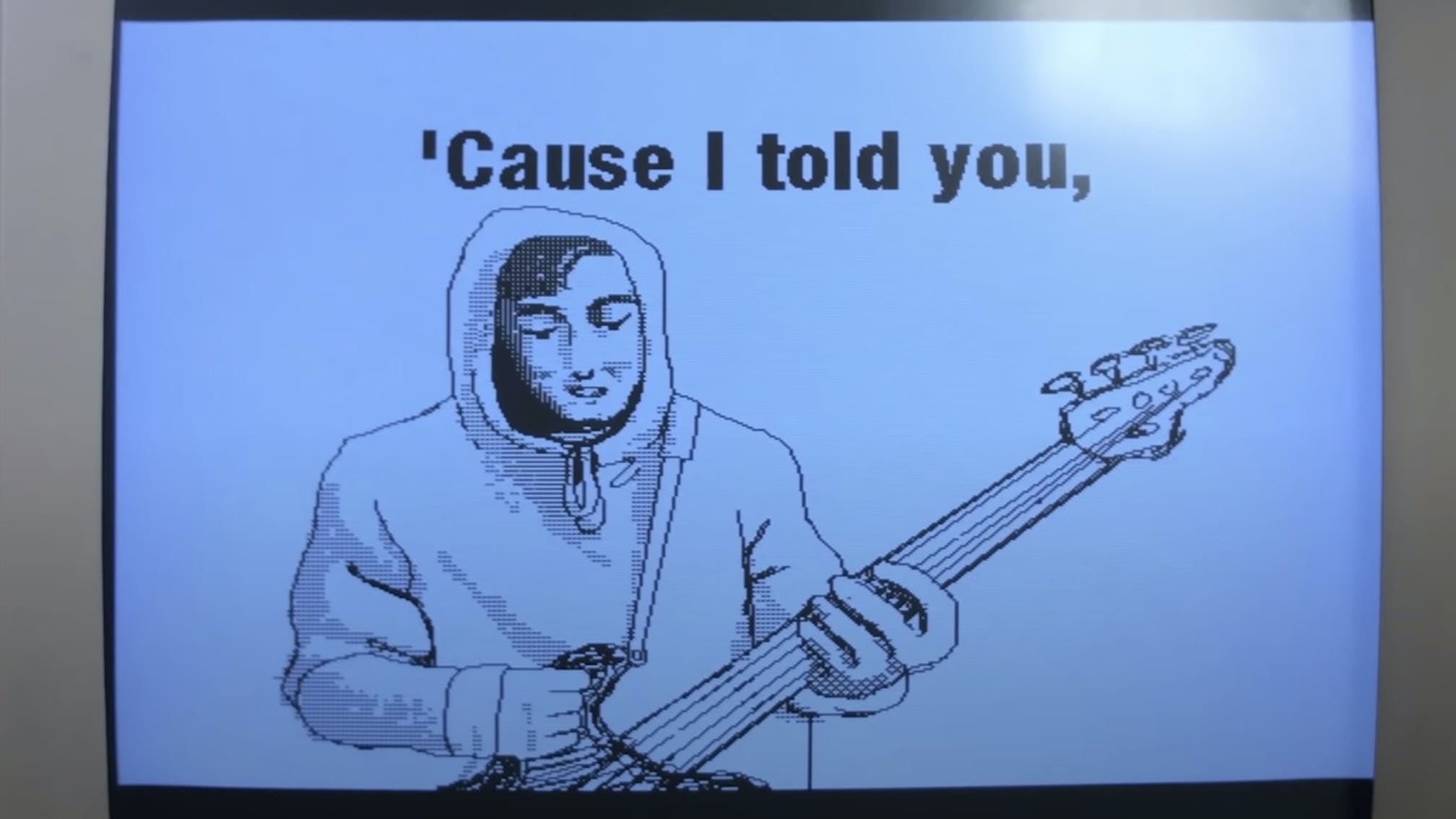 Embracing the DIY approach of creating content in lockdown, twenty one pilots have shared an absolutely brilliant new lyric video for their quarantine single, Level Of Concern.

Put together by artist Pinot W. Ichwandardi, the new clip was made entirely on machines from the late ’80s – a Macintosh ES and a Macintosh SE/30, to be exact. And not only is it a super-unique idea, the video also features a great making-of once it's over, featuring Pinot turning the whole thing into a family project in lockdown. Awesome stuff.

Last month, frontman Tyler Joseph revealed that the inspiration behind Level Of Concern initially came from his mother, who told him that she was craving something more upbeat to provide a distraction from everything going on in the world.

“…My mom made a comment to me in passing as all the news was breaking about the virus, and she just said, ‘Man, I could really use an upbeat song to distract me from all this,’” he said. “And I guess that speaks to the danceability of the track.”

Tyler added that the lyrics came from the early days of his relationship with his wife Jenna, explaining: “When I first met my wife, I was ready to date her; I was ready to dive right in and she was a little more hesitant. And not to compare a pandemic with the uncertainties of a relationship, but in that moment, for someone who maybe isn’t getting, you know, their feelings reciprocated, in their world it does kind of feel like… starting to bubble over and become a little anxious. So I wanted to kind of pair those two stories and move them down the lane at the same time.”

Watch the new lyric video for Level Of Concern below: