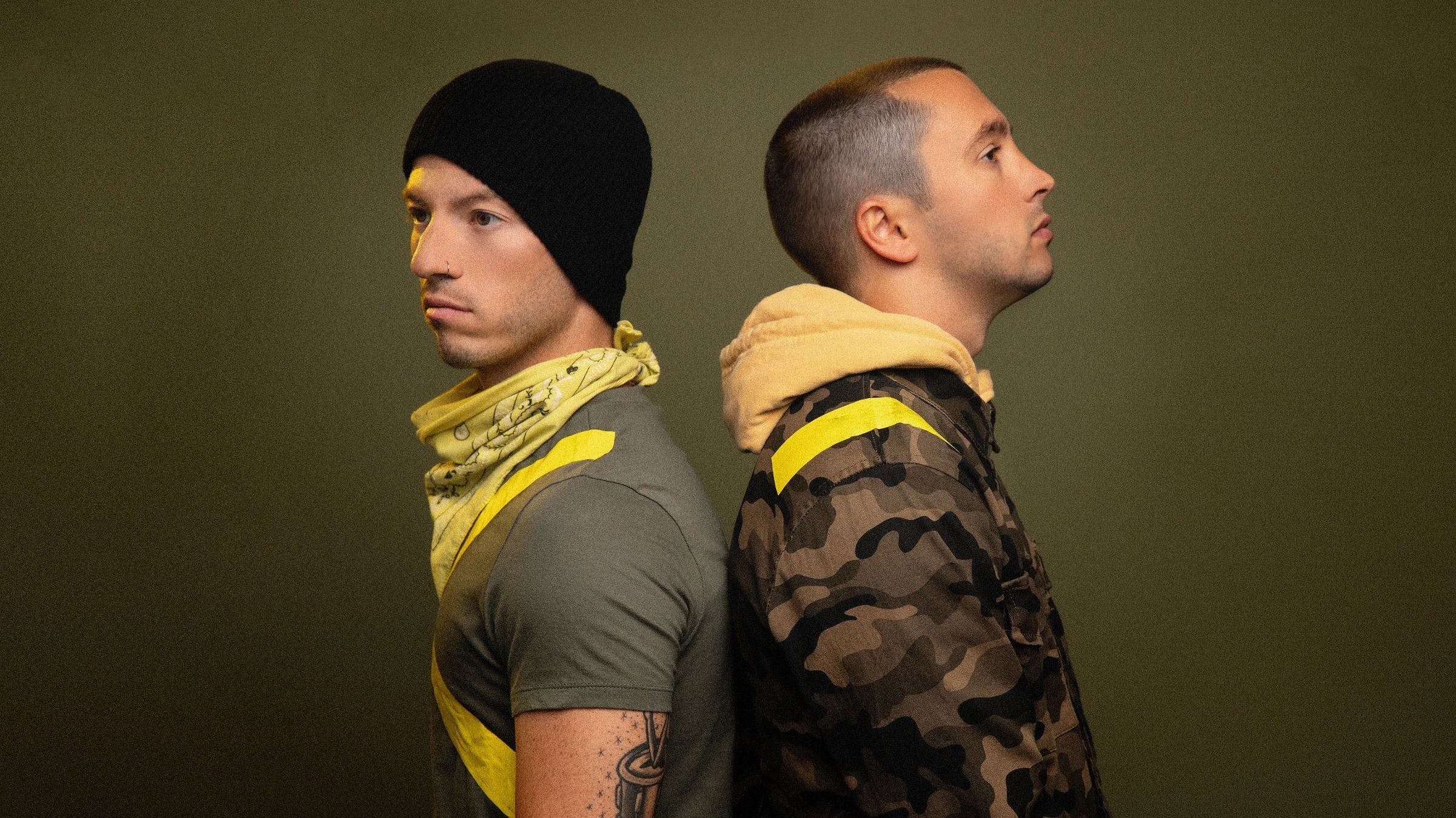 Fans of twenty one pilots will remember the painful, year-long run-up to last year's Trench album very well. On July 6, 2017, Tyler Joseph and Josh Dun entered a 12-month social media blackout in order to focus on creating their fifth LP, with frontman Tyler pretty much hidden from public view entirely (Josh was occasionally spotted out and about, though it was rare).

Now, the Columbus, Ohio superstars have addressed that blackout in a new interview with KROQ for the station's Almost Acoustic Christmas 2019 event this past weekend, with drummer Josh revealing, "I don't know that there would be a world in which we completely go off the map again."

"Completely going off the grid was tough for both of us in a lot of ways," he later added. “We’re both wired to always be wanting to do something that pushes us forward.”

Ahead of Trench's release last year, Tyler and Josh went into detail about how they went offline, with fans having no idea what they were up to in that time.

“The idea of the concept of stepping away from social media began in, like, 2011 or 2012," Josh explained. "Just what it looked like for us mentally, and in the sense of, ‘How is that possible in our culture?’ We grew up in a world where bands are self-promoting – it’s what you have to do. To eliminate that factor was scary, but it was something that we felt was worth experimenting with, and see how that affected things. Social media can be a distraction sometimes (laughs). To remove some of that was healthy, and in some ways I’m still affected by it. We’re ‘back online’ now, but sometimes I forget to take a picture of something, or talk about something publicly, because I’ve learned to live more in the moment.”

Read this next: Blurryface by twenty one pilots is officially the biggest rock album of the decade

“The truth is, wherever humans gather, there’s going to be a bunch of emotion," added Tyler. "There’s emotion that you can pour into it, there’s emotion that you can receive from it – and ultimately that’s what the internet is. It’s a bunch of us that have gathered in this area, and we’re sharing emotions. And I knew I wanted to preserve any and every emotion for this record only. I didn’t want it to be affected by any sort of outside source. So it’s nothing against social media, necessarily; it was more a protection of the recording and the writing process, which is very delicate. It was about trying to block out those pressures and influences from the outside.”

Watch twenty one pilots' full interview with KROQ below:

In terms of new music, earlier in the year we asked the duo if they were thinking up ideas for album number six on their worldwide Bandito Tour.

“I’m always working on songs,” Tyler told Kerrang! back in March, during the UK leg of the tour. “What I’m doing right now is really just collecting a lot of ideas and a lot of sounds. We have the ability to bring recording gear around the world with us, and so the instruments are there, the tools are there, the resources are the and the inspiration is there. So we’re just kind of collecting ideas right now.

Tyler added that, at that point, he was still letting Trench sink in: “I think that everyone in a sense is always like, ‘Alright, well what’s next?’ and I wanna be like, ‘Wait! There’s so much going on over here, let’s just take a breath and enjoy this!’”