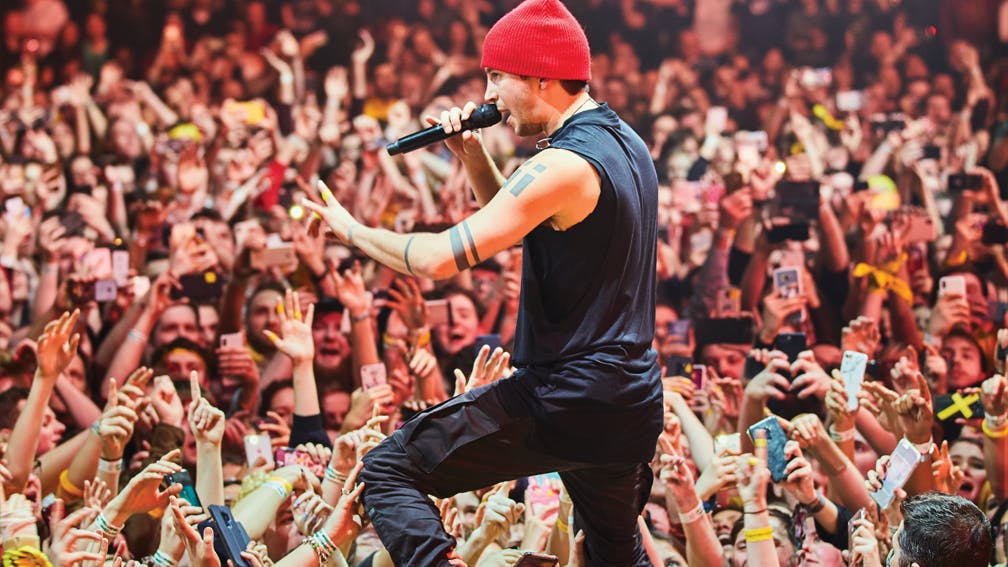 With the European leg of twenty one pilots' stunning Bandito Tour coming to an end, Tyler Joseph and Josh Dun have been reflecting on their incredible journey as a band to Kerrang!.

We caught up with the duo on the road throughout the UK over the past few weeks to experience the Bandito Tour in all its glory, and find out how their first-ever UK gigs in 2013 differ to playing sold-out arenas each night now. And not only do twenty one pilots have a lot of happy memories associated with playing those tiny club venues in their early days, they actually miss those times, too…

How does the Bandito Tour compare to the first time you ever came to the UK?

Tyler: “When we first came over here, we were just hoping people would like us at all. It was such a badge of honour to come over here and play our music. And now to do that on a larger scale kind of solidifies how important it was for us to get over here early, to start things from the ground up, rather than just riding a wave that was happening where we were from, and hoping that it was a big enough wave that it spilled over into other parts of the world. We’re glad that we took the initiative and started out playing in small clubs over here so that we could brings the fans on that journey with us.

"I mean, we've been doing signings while we're here, and a lot of the fans there were also here for the first time we ever came to the UK. It was like, ‘Hey, we were here when you played that 100-cap club, and we’re back.’ And I could tell, because they were wearing merch that I hadn’t seen in six years. And so it’s really cool to be able to establish that with our fans over here, and I think that when we first went over there, that was our dream. It’s until now, later, after the fourth, fifth, sixth, seventh, eighth time, that we can look back and see how important it was to continue to come back, and to start coming before we even had a huge reason to. To start that story with our fans over here means that we feel like we have a special bond with them.”

Do you miss the days of loading your gear in and out yourself, and hanging out with fans before and after the gig?

Josh: “Yeah, totally. I will say that any musician probably longs for the day when they don’t have to load in and set up their gear – that was the biggest hassle, probably at that time. But, at the same time, it did afford us probably a little bit of extra time to have conversations with people before or after a show, and that was always really fun for us: tearing down gear and somebody is just helping you come out a cymbal stand to the trailer, and you get to know them. And then we’d just hang around and have conversations, and sometimes even then go and stay the night at somebody’s house – in their Coca-Cola-themed basement.”

Tyler: “Shout-out to that guy.”

Josh: “Yeah, that guy was awesome. There’s a lot of fond memories of those times, for sure.”

You can read our full, exclusive interview with twenty one pilots in the new issue of Kerrang!. In stores Wednesday, March 20 and available to order now.