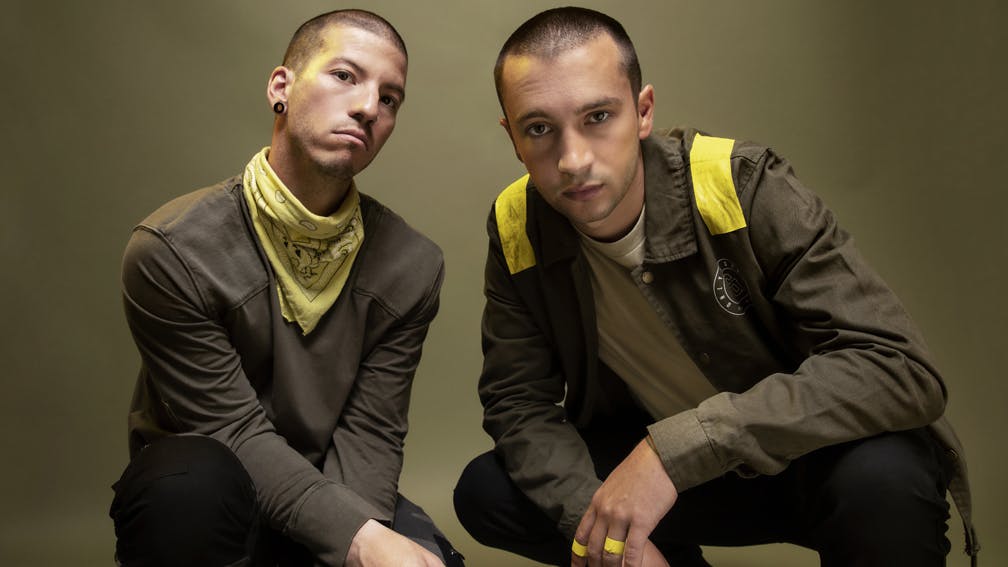 As twenty one pilots' epic Bandito Tour continues snaking its way throughout the UK this week, frontman and songwriter extraordinaire Tyler Joseph has told Kerrang! how the duo are open to collecting new musical ideas on the road, ready for album number six.

While the follow-up to last year's incredible Trench album certainly isn't at the forefront of their minds right now, the duo – completed by drummer Josh Dun – have found inspiration from playing in front of thousands of fans every night, and they will be using that same energy when the time comes to really begin writing a new full-length.

“I’m always working on songs," says Tyler. "What I’m doing right now is really just collecting a lot of ideas and a lot of sounds. We have the ability to bring recording gear around the world with us, and so the instruments are there, the tools are there, the resources are the and the inspiration is there. So we’re just kind of collecting ideas right now.

Tyler also adds that he's still very much soaking in and enjoying Trench, which was released last October: “I think that everyone in a sense is always like, ‘Alright, well what’s next?’ and I wanna be like, ‘Wait! There’s so much going on over here, let’s just take a breath and enjoy this!’”

Enjoy it we shall…

Catch twenty one pilots live at the following dates this year. Get your tickets now.

And see them headline Reading & Leeds – along with this lot!